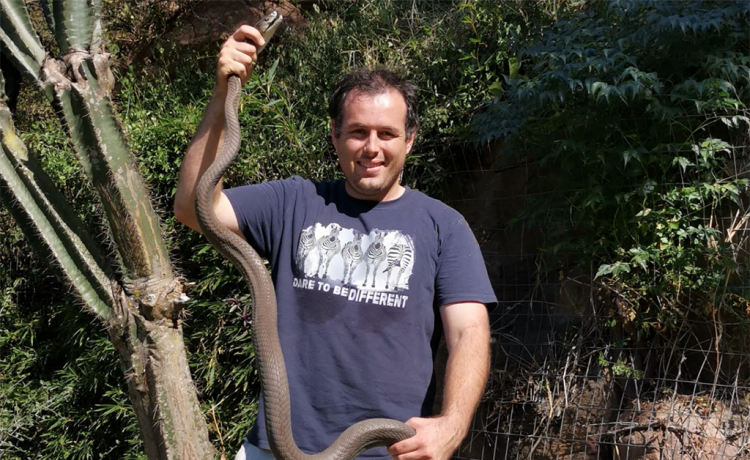 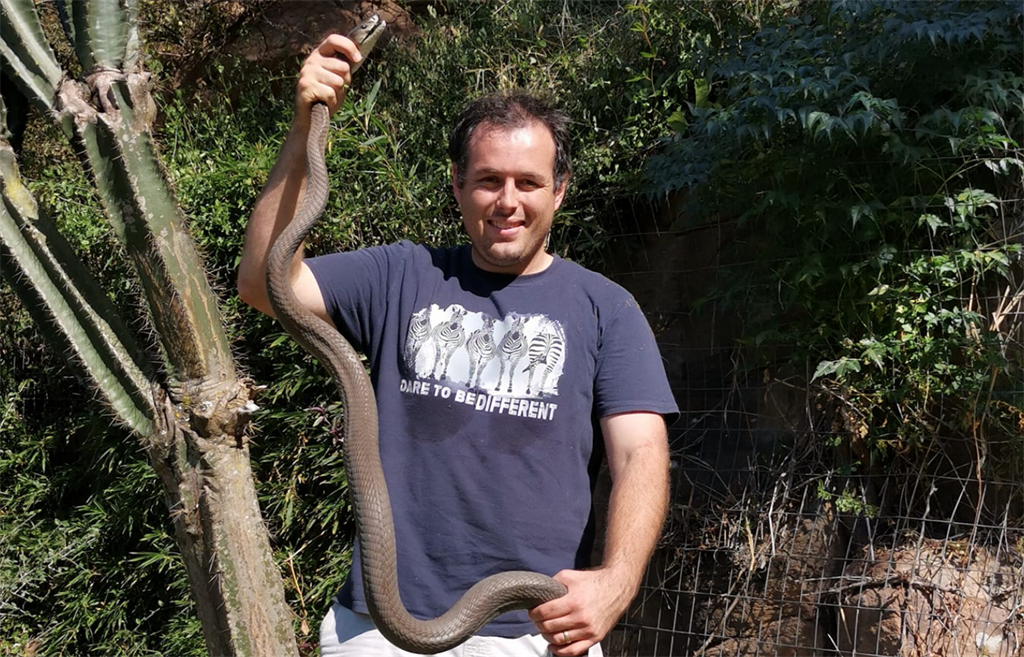 Veteran KwaZulu-Natal-based snake catcher Nick Evans had the experience of a lifetime this week when he got an unusual call from a resident of Escombe about two black mambas “dancing” in someone’s backyard.

Evans immediately jumped into action and came upon a rare scene of two male black mambas entangled in an epic rendition of the mambarena, seemingly to get the attention of a female.

Evans said he nearly lost his mind. “I was just shouting, ‘Fighting mambas!’ as we sped off to Escombe.

“I had been waiting and waiting for a call like this. I’ve been lucky enough to see this behaviour twice so far. It’s only at this time of year, winter, the mating season for them, but the excitement just wasn’t kicking off yet.

“When I got there, I was told they were going into the bush. So I ran up to the back of the houses, where there was a cliff, covered in dense bush. I was pointed out where they were, and I could then hear them. They were out of sight, but clearly still wrestling.

Two mambas battling it out

“I climbed over some rocks, and peeped over a shrub, and I could see them, ‘dancing’ – it does look a bit like that. Their bodies intertwined, and throwing their heads about. Two massive black mambas, one of the world’s most famous snakes, battling right in front of me. Words cannot describe how I felt.”

Evans said this ordeal lasted a few seconds before the mambas realised a human was watching them.

“They started to flee, while unwinding off of each other. One went left, one went right. For some reason, I went for the one on my left. The one to the right looked like it was curling up under a log.

“I grabbed the tail of the mamba, as it was trying to get in a crevice. I was amazed at the length of it, but I was mostly focused on the pointy end! So I tried to grab the neck as quickly as possible, with the tongs, and pull it towards me. Once it was close enough I grabbed the head with my hands. 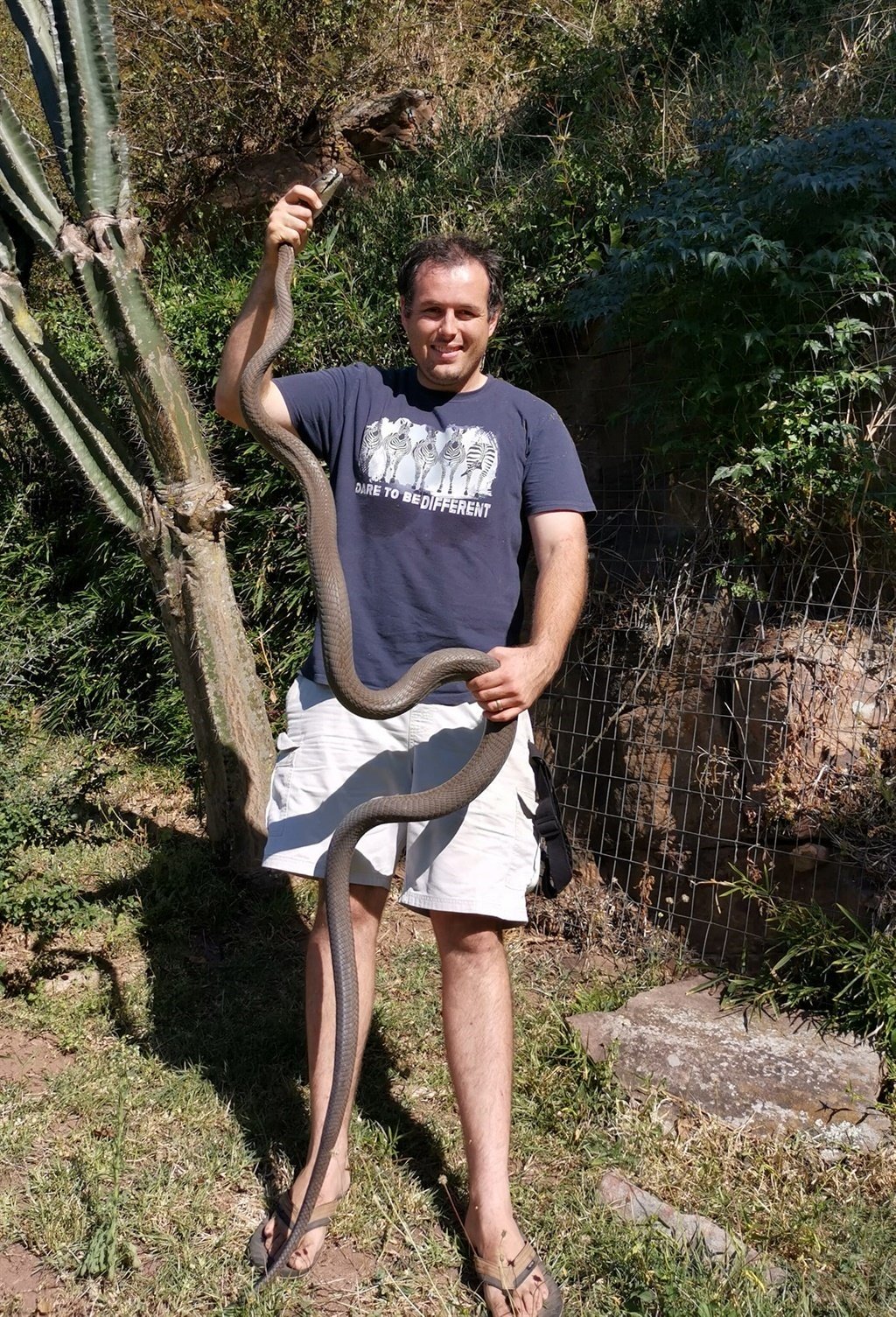 “While doing so, the body was thrashing around, in panic, and the tail whipped me on the hand, and it stung! More than I thought it would. I don’t recall ever being whipped by a mamba before.”

Evans ran back into the open, put the mamba into a bucket and ran back for the second.

“However, measuring the captured mamba cheered me up. It measured out at 2.95m – my biggest mamba ever! I’ve been dying for a 3m mamba, and I was just 5cm shy of that. Still, I was chuffed! And it weighed a whopping 3.1kg – what a beast!”

Evans said the two mambas were wrestling it out for a female. “They weren’t going to kill each other, just fight till one surrenders. So she must have been not too far away.”

Evans said the mamba would be microchipped, have its DNA taken and ultimately released.