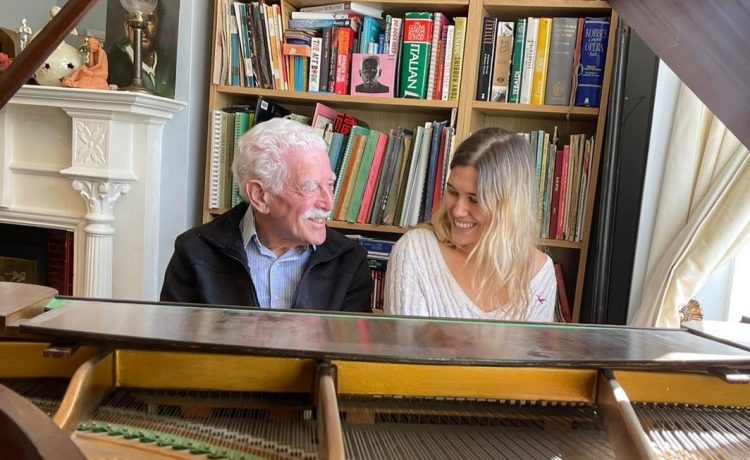 An 85-year-old man from Watford dubbed Piano Grandad has gone viral on TikTok and raised money for a cancer charity.

Alan Melinek has racked up more than 277,000 likes on video sharing app TikTok for his keyboard skills.

Mr Melinek said he “fell in love with the piano” aged three during the Second World War when he was evacuated. Since his wife, Patricia, died from ovarian cancer in 2006, he has played to raise money for Cancer Research UK.

His fundraising efforts were halted because of covid-19, but after his granddaughter Bella, 22, set up a TikTok for him, donations have come flooding in again.

Mr Melinek – who goes by Piano Grandad on TikTok – has said he is “blown away” and “overwhelmed” by the donations.

“Somehow I seem to have gone viral and to say I am overwhelmed is an understatement indeed,” he said. “I don’t quite know how it has happened or what we have unleashed, but I am completely bemused!”

Granddaughter Bella said: “He’s got this incredible talent and I knew it would go down well.

“I have wanted him to be famous for his piano playing and am so happy to see tens of thousands of people are now enjoying it as much as we do.”

Mr Melinek wrote on his website that during the Second World War, the village pub where stayed had “big piano sing-songs”, and he decided to teach himself to play when he returned to London aged 12.

READ  Ginger Baker dead at 80: Cream of drummers with a volcanic temper

He hoped to become a concert pianist but was “forced down the sensible path of dentistry”, he said.

In a recent video, Mr Melinek described himself as an 85-year-old “life enthusiast”, and that his five children and 14 grandchildren grew up dancing to his music.

He said he wants to inspire others to dance with them and expressed his gratitude for donations made by his more than 25,000 followers.