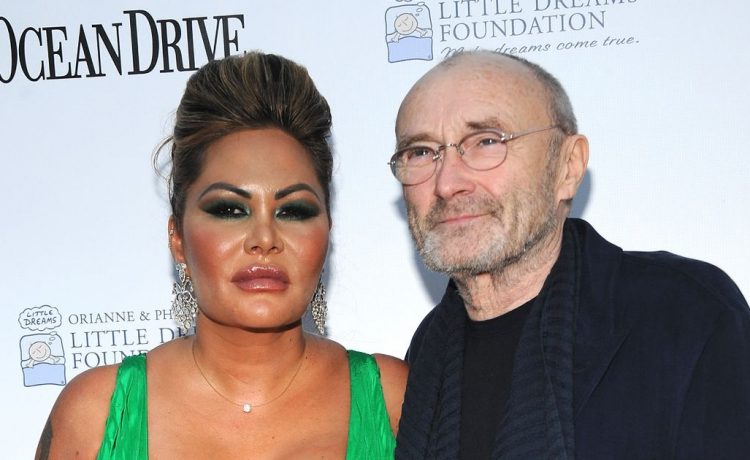 Phil Collins’ ex wife Orianne complained she was trapped in a gold cage at the £30million Miami Beach home.

Already she has moved on as she secretly married Thomas Bates, 31, in Las Vegas over the summer last year.

Speaking for the first time since the Collins split, Orianne has given an explosive interview detailing her crumbled marriage to the musician.

Now she has said she was “trapped” in an extravagant lifestyle at the £30million home.

The singer’s ex wife likened the beautiful mansion to a “golden cage” which she said left her feeling “lonely” and “super-unhappy” during that time.

She told The Sun : “I felt like I was trapped in a golden cage. When someone’s depressed, it’s hard to help them out. As much as you love them, why would you keep it up? After years, you get fed up. Phil didn’t take care of himself.”

She added: “You feel lonely and you feel like you don’t have anybody you can talk to. I was super-sad and super-unhappy.”

Despite the “beautiful view” from her home, she whinged she was miserable with “no love”.

She went on: “You have a beautiful view, but that is all you have. You have no love, nothing.”

The Mirror reached out to Phil Collins’ representatives for a comment.

READ  Operation Varsity: How the rich and famous cheated the US university system

Phil and Orianne have a lot of history together and they bring up their sons Nicholas, 19, and Matthew, 15.

Sparks flew when they met in 1994 during Phil’s tour in Switzerland and they went onto marry in a romantic ceremony in 1999.

They were divorced in 2008 after nine years of marriage.

Love brought them back together in 2016 but their relationship wasn’t meant to last the test of time.

He previously said of their reunion to Billboard : “I’m back with my third wife – I haven’t really talked about it. We’ve been together for a while, and nobody’s noticed.”

Orianne was Phil’s third wife as he had previously been married to Jill Tavelman and Andrea Bertorelli.

*If you’re struggling and need to talk, the Samaritans operate a free helpline open 24/7 on 116 123. Alternatively, you can email jo@samaritans.org or visit their site to find your local branch