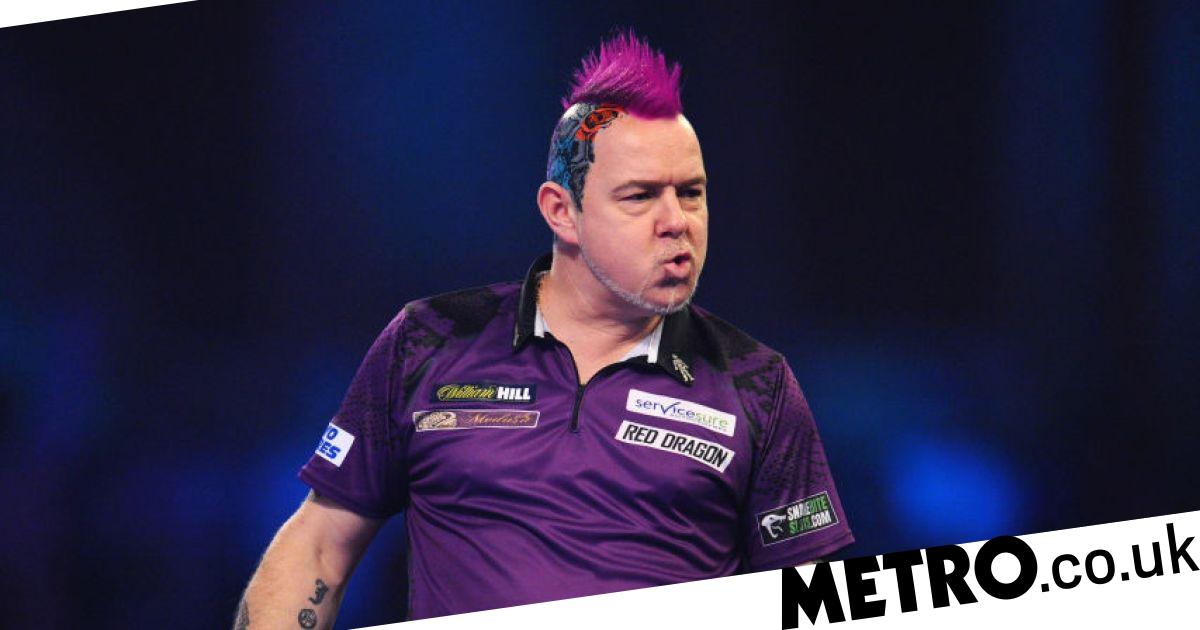 Peter Wright survived a monumental comeback from Jeffrey de Zwaan to squeeze into the quarter-finals of the PDC World Darts Championship with a 4-3 victory.

Snakebite was playing superbly and looked set to whitewash the Black Cobra, but relinquished a huge advantage to the Dutchman.

The Scot claimed the first three sets and the first two legs of the fourth as De Zwaan seemed to have no answer, but suddenly the questions changed.

Wright dropped off while the Black Cobra found some bite and he took the contest all the way to a deciding set.

Snakebite held his nerve, with the crowd on his side in the seventh set, winning it 5-3, but admitted afterwards that he was struggling to stay conscious on stage.

‘I was trying some energy tablets while I could because I felt I was going to pass out on stage to be honest, I was feeling really bad,’ Wright told Sky Sports.

‘After I won the first three sets my body shutdown, it was horrible.

‘I don’t think it was the heat, it’s not eating properly, darts players are not athletes, but I got through.’

Wright had stormed into a three-set lead and was 2-0 up in legs in the fourth as he looked set to whitewash the Dutchman.

However, that was the turning point as De Zwaan stopped the rot and then gained an awful lot of momentum of his own, winning three legs on the spin to get his first set on the board.

The Black Cobra had finally found his range on the doubles as he hit all six of his attempts during the fourth and fifth sets, getting himself right back into the game at 3-2 behind.

The sixth set was brilliant from both players as Wright hit three 180s and didn’t miss a double, but still managed to lose it on De Zwaan’s throw.

Somehow the game was into a deciding set after the completely dominant position Snakebite had been in at one stage.

The Dutchman broke the throw in the first leg of the seventh to go in front in the game for the very first time and things looked perilous for the Scot.

However, he broke straight back and the tense contest wriggled its way towards a sudden death leg, that was until Snakebite slithered over the line to win 5-3 in the final set with a 25 checkout.

Wright now faces Luke Humphries on Sunday for a place in the semi-finals.