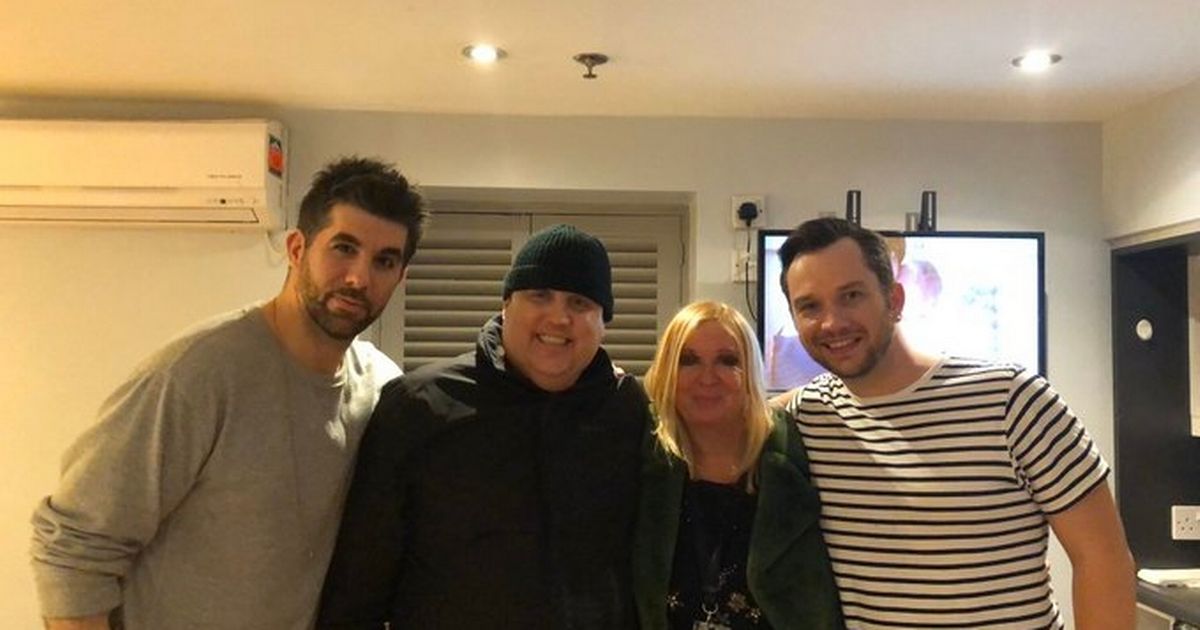 Peter Kay has been pictured for the first time in eight months after he hit out at a TV documentary about himself.

A snap of the funnyman, 46, has been shared on Twitter showing him as he attended Nativity! The Musical in London to watch the show’s final performance tonight.

Debbie Isitt, who directs the show, shared the picture on social media.

“So lovely to see the brilliant comic genius Peter Kay and his lovely family @nativityuk tonight for our final show!” she wrote. “What a lovely surprise for us all.”

Another picture of the much-loved entertainer appeared in the Sun, showing him with celebrity cast members from the Peter Pan panto in Crewe – Tommy Cannon, 81, Bobby Ball, 75, and X Factor ’s Chico Slimani, 48.

Before the latest snaps he had not been seen in public since April, with his previous appearance coming at a special screening of Car Share in Blackpool a year earlier.

The pictures come after Kay hit out at the documentary in a tweet, saying it ‘misleads viewers into thinking he contributed to it’.

Sharing a statement from his official  Twitter  account yesterday evening, Kay confirmed he had nothing to do with the Peter Kay: In His Own Words documentary.

The statement said: “Very flattering of Channel 5 to commission the programme going out tonight, but just to let people known that ‘Peter Kay: In His Own Words’ has an incredibly misleading title, as it doesn’t feature any new interviews with Peter and all the footage is completely historic.

“The title also gives the impression that Peter has been involved in the making of this documentary, which he hasn’t. At all.”

The two-hour and five minute long documentary, which aired on Sunday,  features various interviews with the comedian and his friends.

It follows Kay’s rise to the top of the comedy circuit and also includes clips from his hit shows Car Share and Phoenix Nights.

Before hitting out at the documentary, the last tweet Kay shared was back in October 11, 2019 as he promoted tickets for Phoenix Nights at the cinema in Blackpool.

A Channel 5 spokesperson declined to comment when contacted by Mirror TV.