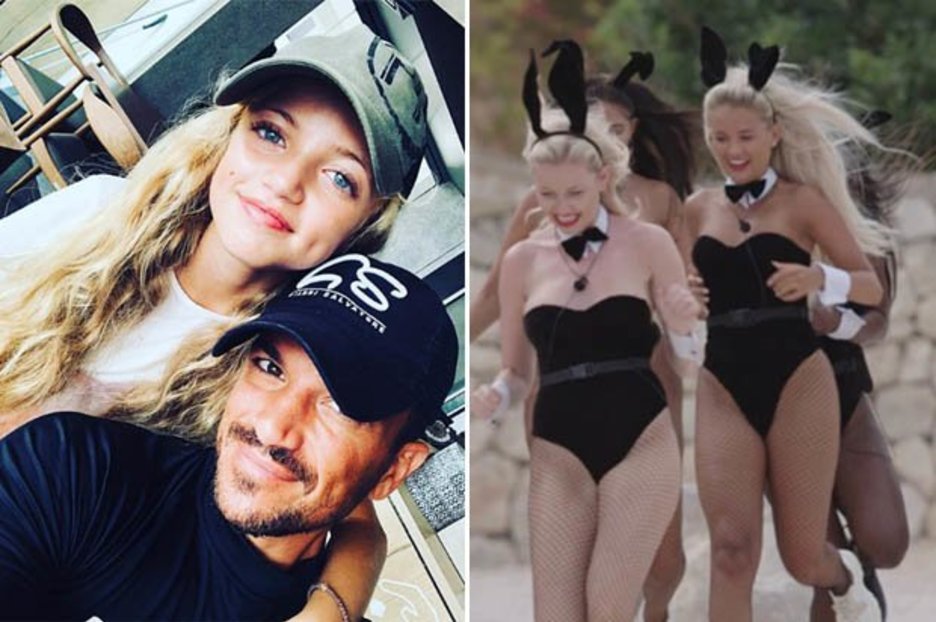 Love Island has been a popular TV show ever since it debuted on ITV2 in 2015, and more and more people are aiming to appear on it.

One of the many contenders is the daughter of Peter Andre and Katie Price, who has decided she’d love to appear on the series.

The father-of-four admitted he’s happy for his son Junior, 14, to watch the show – but not 12-year-old Princess.

It’s not surprising he’s not on board with her watching the show, given that she asked his permission to join the series.

Telling the Loose Women panel about his awkward situation, he admitted: “My daughter is 12. I feel bad because I’m just like: ‘No.’ She thinks I’m mean.

“It doesn’t mean I’m right. I always say this – every parent’s got a different thing, they use their discretion.

The hunk admitted she then asked if he’d ever let her appear on the show.

Joking with his youngster, he responded: “I said: ‘When they start doing Love Island based on priests and nuns and doing sermons on Sundays you can go on.’

Peter isn’t the only dad in the public eye who has dealt with his daughter planning to go on the reality series.

Last year, EastEnders hunk Danny Dyer was informed by his daughter Dani Dyer she’d be going on the show.

However, it wasn’t all bad for the actor, given that Dani won over the public and went on to win the show.

But will Princess do the same when she turns 18? Only time will tell.