The former South Bend, Indiana, mayor joked, ‘When you don’t have a real audience, you have to fake one, just like Trump’s inauguration,’ in a reference to US President Donald Trump having pictures of his inauguration edited to show larger crowds.

Instead of a studio audience, Buttigieg had a small group of Kimmel’s staffers and a few guests, including his husband Chasten. 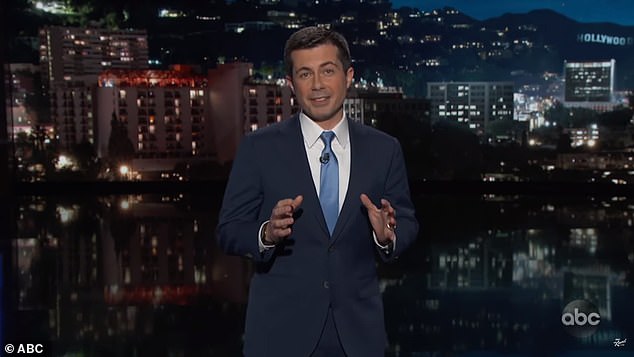 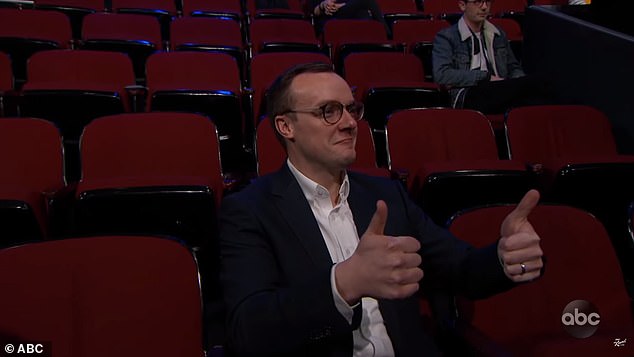 Instead of a studio audience, Buttigieg had a small group of Kimmel’s staffers and a few guests, including his husband Chasten (pictured)

Buttigieg, jobless now that he was no longer in the presidential race, was given a shot at hosting his first late night show. It was not clear if there was another reason for Kimmel’s absence.

A spokeswoman for the show did not respond immediately when DailyMail.com reached out. 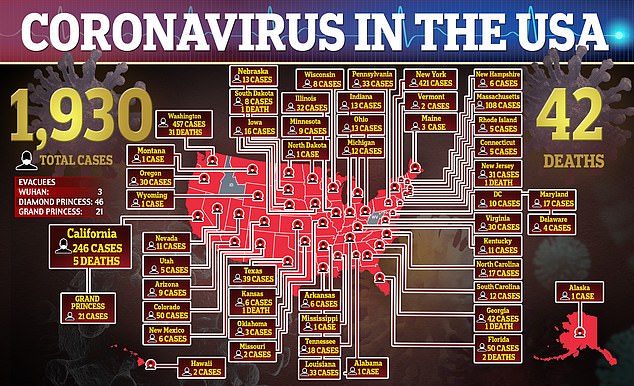 The US has 1,930 confirmed cases and knows of 42 people who have died from the outbreak 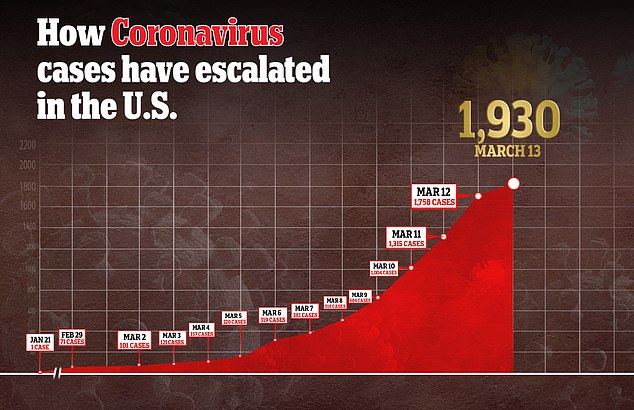 The changes on the show and others were being made in response to the coronavirus outbreak which has infected thousands around the globe. The US has 2,037 confirmed cases and knows of 42 people who have died from the outbreak.

Stephen Colbert and Jimmy Fallon also recorded their shows without an audience on Thursday. Trevor Noah and James Corden announced that they would forego having studio audiences starting next week. 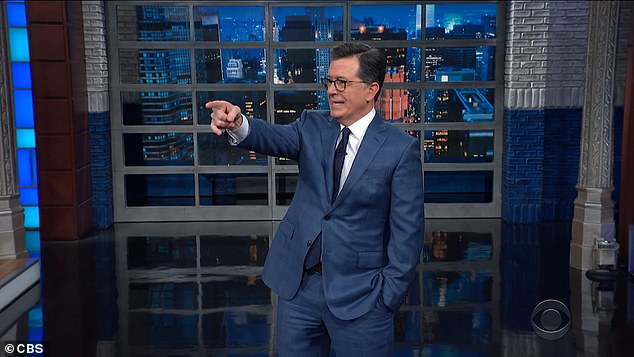 Stephen Colbert also recorded his show Thursday without a studio audience. Colbert taped a rehearsal from Ed Sullivan Theater in New York where the show is produced 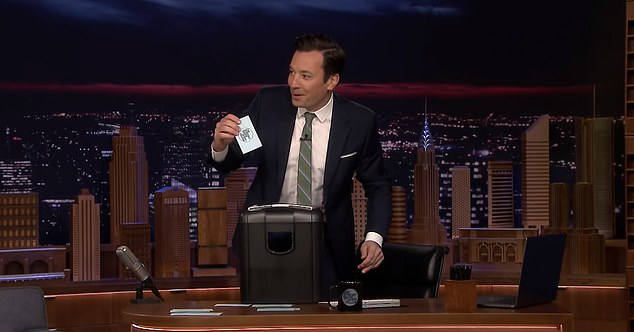 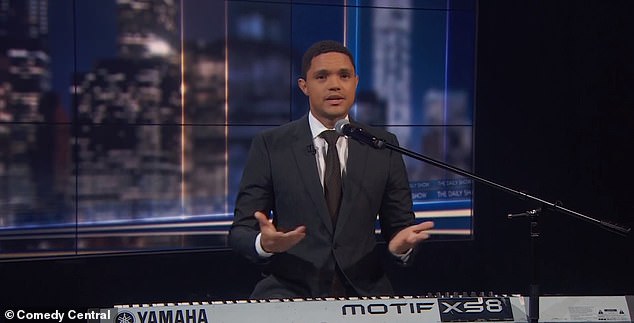 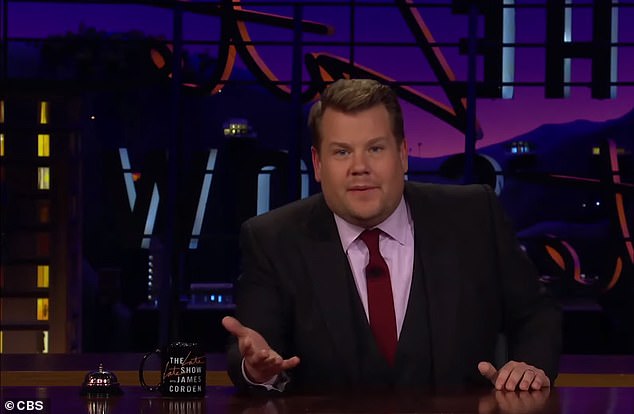 Seth Meyers delivered his ‘A Closer Look’ segment in a digital clip that only aired on YouTube and not on NBC after the network chose to suspend production on his and Fallon’s show after Thursday, at least until March 30th.

Buttigieg, who stood in for Kimmel because of his jobless status after dropping out of the 2020 presidential race, assured Americans the nation is ‘strong’, as many have been gripped in fear by the spread of the pandemic.

‘Believe me when I say — that the resolve of our nation is strong. Our ideals run deep, and America will always be America,’ he said. ‘In fact, here is living proof of that.’

But for most of his monologue, the first time late show host focused on being funny.

While Buttigieg discussed the outbreak and impacts on the country, he also reminded that the US was holding up as one might expect, pointing to a clip from Wednesday’s episode of ‘Masked Singer,’ where former Alaska governor Sarah Palin was the featured performer singing the the 1990s rap hit ‘Baby Got Back’.

‘That’s gonna be me in three months, isn’t it?’ Buttigieg joked.

Buttigieg also joked about dropping out of the presidential race.

‘I really thought we had a shot. Turns out I was 40 years too young and 38 years too gay,’ he said. Buttigieg, if he had won the election, would have been the country’s first gay president.

He added that he was grateful he might inspire young Americans.

‘One day, I too can run for president while dressed like the manager of a CarMax,’ in a joke that made fun of his vanilla, or plain, fashion style.

President Trump’s live address to the nation Wednesday was fodder for some of the hosts after he used a teleprompter and still made several errors in his report on the virus, including saying that all travel from Europe was to be suspended, when Americans and some others are exempt, and that insurance would waive copayments for CODVID-19 treatment, when insurers are only covering testing, not treatment. 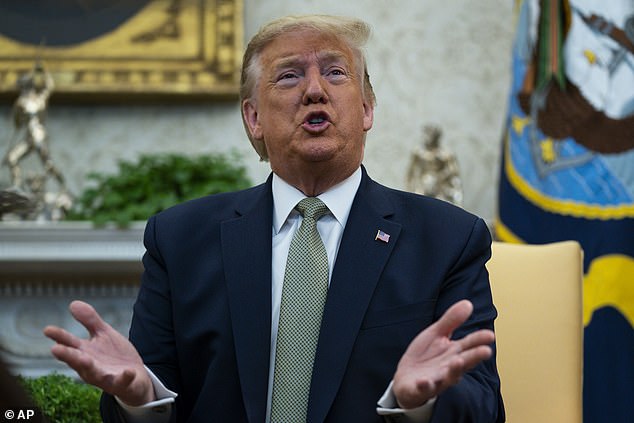 ‘I would understand if Trump made mistakes, right, if this whole thing was off the cuff. But how is it possible to get so many things wrong in a prewritten speech? This is crazy! Watching an Oval address shouldn’t be a game of Two Truths and a Lie’, Noah said about the president’s address.

Colbert, imitating Trump, said, ‘Please remember, very important for all countries and businesses to know, nothing I say is true, pay no attention to the man behind the bronzer’.

‘During his address, Trump said starting Friday people from Europe can’t fly to the US. He was like, ‘We have to stop the virus so instead of everyone flying here, I want everyone to take a cruise,’ joked Fallon.

Watch NBC News NOW's Can You Hear Us Now? Virtual Discussion on Race in America