Manchester City refused to pay over the odds for Kane – and Tuesday’s Carabao Cup win hinted at why, with the Premier League champions reaping the rewards of investing in youth 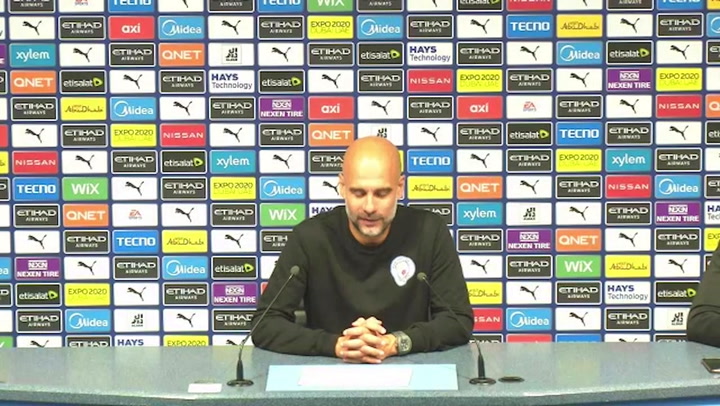 Pep Guardiola said before Manchester City’s win over Wycombe that he had no choice but to turn to the club’s academy graduates amid a mounting injury crisis at the Etihad.

As it turned out, he needn’t have worried, with City winning 6-1 despite fielding an entire backline of teenagers on a night when six youngsters made their debuts.

But Guardiola will have known he could rely on the club’s young prospects, several of whom have been tipped to follow in Phil Foden’s footsteps having trained with the first team for some time.

The Premier League champions have often been accused of “buying success” after spending huge sums to acquire top-class talents such as Kevin de Bruyne, Ruben Dias and most recently Jack Grealish.

But City have also invested heavily in their youth set-up, and are starting to reap the rewards.

And it perhaps gives an indication of why they were not prepared to pay over the odds to land Harry Kane during the summer.

Kane would undoubtedly have improved City’s title chances, with the form of Cristiano Ronaldo, Romelu Lukaku and Mohamed Salah so far this season only serving to highlight the lack of a prolific goalscorer in Guardiola’s squad.

But rather than being held to ransom by Daniel Levy’s demands, City and their manager opted to have faith in the exciting array of resources they already have at their disposal – even if that doesn’t include a top-class centre-forward.

Guardiola has huge belief in Ferran Torres, who was groomed for the central striker’s role towards the end of last season and has so far produced three goals and some impressive performances, earning comparisons from his manager with Jamie Vardy.

Foden’s virtuoso performance against Wycombe showed what City can expect from the 21-year-old now he has been freed up to flourish in the centre of the park following the arrival of Grealish.

Can Man City win the big prizes without a prolific centre-forward? Have your say in the comments section

Phil Foden scored a stunning goal in the win over Wycombe
(

Of course, much tougher opposition awaits in the shape of Chelsea, PSG and Liverpool in successive games over the next 10 days.

But there were signs of a bright future for many of City’s youngsters in Tuesday’s Carabao Cup clash.

Cole Palmer made a crucial step forwards in what promises to be a breakthrough season, the 19-year-old midfielder opening his senior City account with a superb strike.

There were confident debuts for defenders Conrad Egan-Riley and Luke Mbete and holding midfielder Romeo Lavia among others.

And a further hint at City’s future emerged the day after the game when a report claimed Borussia Dortmund had been rebuffed in a bid to sign 18-year-old striker Liam Delap over the summer.

The Etihad club are not exactly going to stop spending, and their failure to sign Kane only ramped up the speculation they could bid to prise Erling Haaland away from Dortmund next summer.

But they are clearly trying to do the right thing by investing in young talent as well – and judging by Tuesday’s win over Wycombe, Guardiola will have no qualms about turning to the academy again in future.