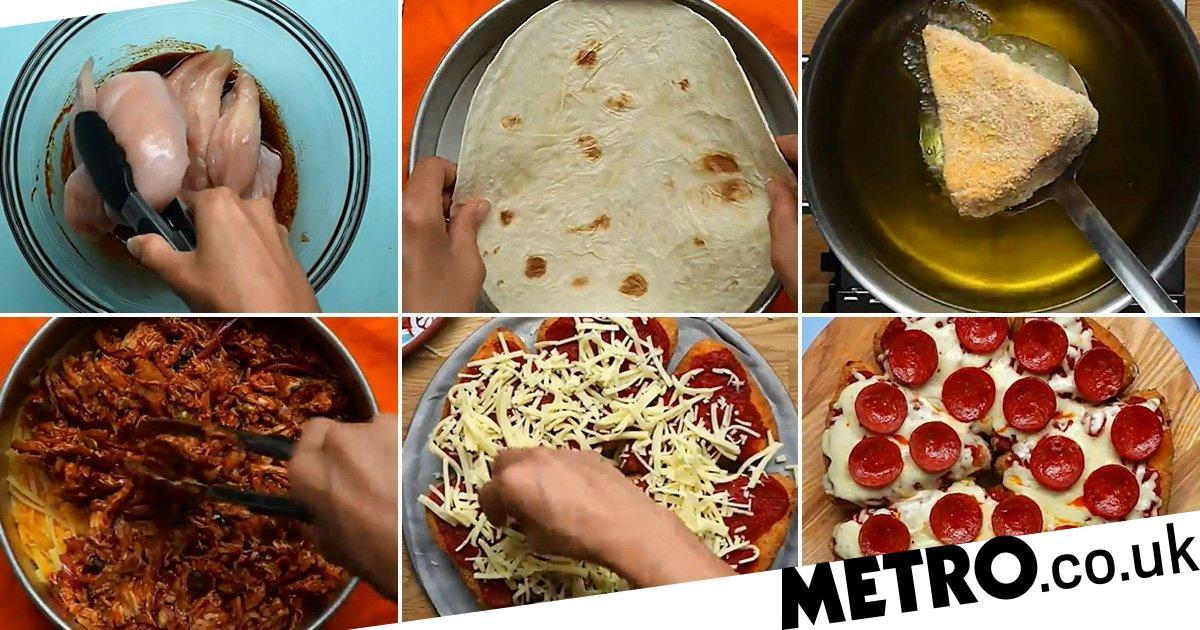 We’ve seen some interesting food mix ups in our time but this one is up there with the most elaborate.

The deep fried BBQ chicken stuffed pizzadilla from Twistedfood.co.uk has got people talking.

Yes, it’s bbq pulled chicken, encased in cheese and tortillas to make a quesadilla (so far, so delicious).

But when you think the video is coming to an end, it continues.

The recipe then recommends slicing the quesadilla, dipping it in egg and breadcrumbs and deep frying each slice.

But wait. There’s more. Once all six deep fried slices are completed, the video recommends placing them back on the plate and adding pizza toppings to the whole thing.

Oh and it comes with a dip too.

This hefty meal serves six people and it’s probably a good idea to share because we’ve no idea about the nutritional content of each slice.

The video of the meal was posted on Twitter by Yashar, who said: ‘I’m calling the FBI.’

One person pointed out the shear quantity of washing up you would face afterwards.

The whole thing didn’t go down with with most people.

My doctor implanted two stents about halfway through viewing.

Honest to god I was willing to go on the journey until the pizza sauce.

One joked: ‘This would actually help you lose weight, as your burn a lot of calories over the 12 hours it takes to prepare.’

Carol B added: ‘Trying to kill a loved one? Here’s a simple 500 step 5 million calorie tortilla pizza that will send them straight to the other side.’

Me: “Oh, that’s not so bad. That actually looks good. Why is Yashar—OMG, what are they doing?! OMG STOP THAT NOW”

This would actually help you lose weight, as your burn a lot of calories over the 12 hours it takes to prepare

Another added: ‘There’s a difference between experimenting and Frankensteining.’

Yeh, this is absolutely the Frankenstein’s monster of food stuffs and we’re a little terrified.

MORE: There’s a whole festival dedicated to brunch food next weekend – and the menus look amazing

MORE: Couple celebrate their wedding with a Buckfast-themed cake and then neck the drink