NewsGroove Uk
NewsGroove Uk > Animal > Pensioner, 81, saved from drowning by hero dad after dog refused to leave his side
Animal 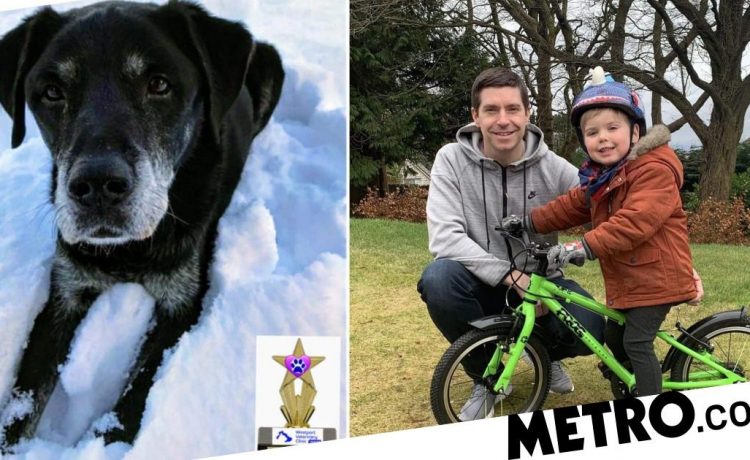 An 81-year-old pensioner was saved from drowning by a hero dad after his loyal dog refused to leave his side.

But the father knew something wasn’t right when he circled back later to see Hugo sitting by himself next to the water.

The senior business development manager sprung into action to try and drag Brian to safety while Lucus held onto Hugo’s lead.

Gregor said: ‘From the edge of the water I was able to grab onto his jacket and haul him out without having to go in.

‘I screamed for help, there were people about 100 yards away who rushed over. He was wearing a jacket and winter clothes, I needed help to pull him out.

‘It was a team effort, I’m thankful for the other people who were there to help.

‘I think his body went into shock with the cold, he didn’t cough up water when we got him out from the canal.’

Locals helped to keep Brian warm by giving him their coats while the group waited for an ambulance to arrive.

Doctors were able to get the pensioner’s temperature back to normal and he has thankfully made a full recovery.

Brian’s daughter told the Daily Record: ‘Thank you isn’t enough but no words are enough for our hero who jumped in and saved my dad from drowning at the Friars Brae bridge.

‘We are eternally grateful. If it wasn’t for his quick actions, my dad wouldn’t be here.’

Gregor has been honoured with a local hero award for the rescue, but says he is ‘very embarrassed to be referred to as a “hero”‘

He said: ‘I was simply in the right place at the right time.’

Westport Veterinary Clinic has also recognised Lucas and Hugo for their roles in the rescue by giving them Local Hero Awards.