Penny Lancaster prepares to join police as a special constable

By Jack Newman For Mailonline

She has recently returned from a luxurious sun-soaked break in Croatia with her rockstar husband.

And Penny Lancaster showed she was back to work as she shared her uniform fitting for her new police job.

The model, 49, is in training to join the Metropolitan Police as a volunteer Special Constable in the City of London. 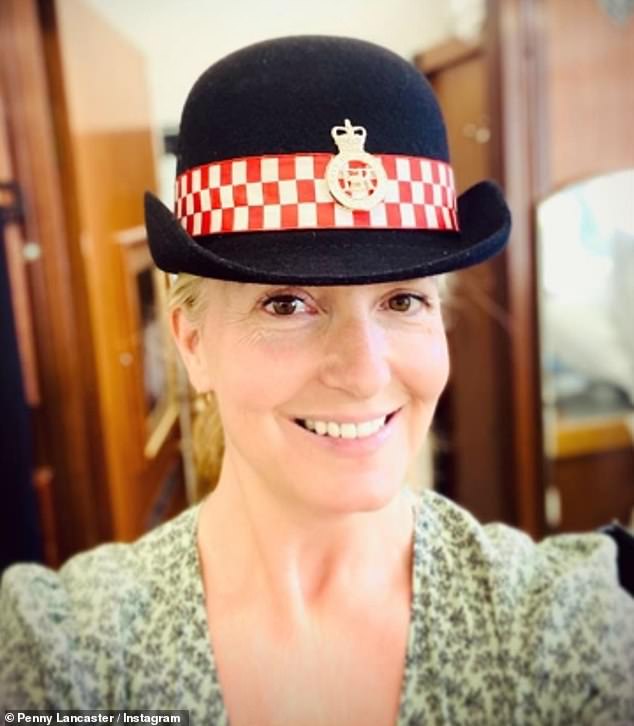 New bobby: Penny Lancaster shows off her new look as she shared her uniform fitting for her new police job

The wife of Rod Stewart signed up after taking part in a police documentary.

Sharing a snap of herself in a police hat, the star wrote on Instagram: ‘Prepping for duty with my uniform fitting today. Hope to join the #cityoflondonpolice family after my training is complete, which starts in September!!

‘So excited to volunteer as a Special Constable in the community and make a difference #fairness #respect #accountability #integrity #openness #leadership #honesty #objectivity #selflessness.’ 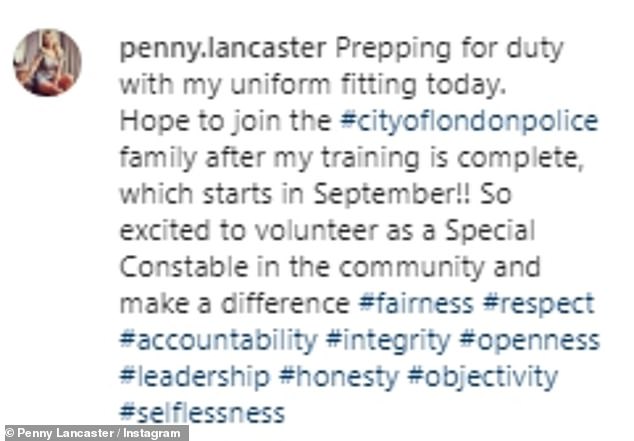 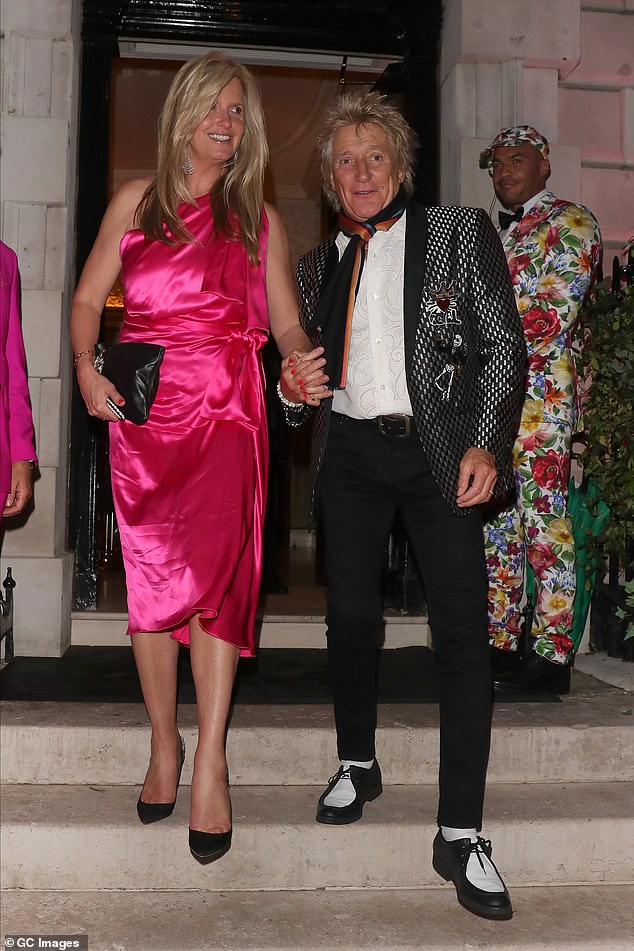 In training: The model, 49, is in training to join the Metropolitan Police as a volunteer Special Constable in the City of London

The Loose Women panellist signed up to become a special constable after taking part in Channel 4’s Famous and Fighting Crime, where she was seen working with officers from Cambridgeshire Police.

In a ‘terrifying’ experience during filming, she was at one point confronted by a drug dealer who threatened to stab her.

Despite the scare, however, the former model took so much from her stint in uniform that she has now successfully completed the application process for the part-time role. 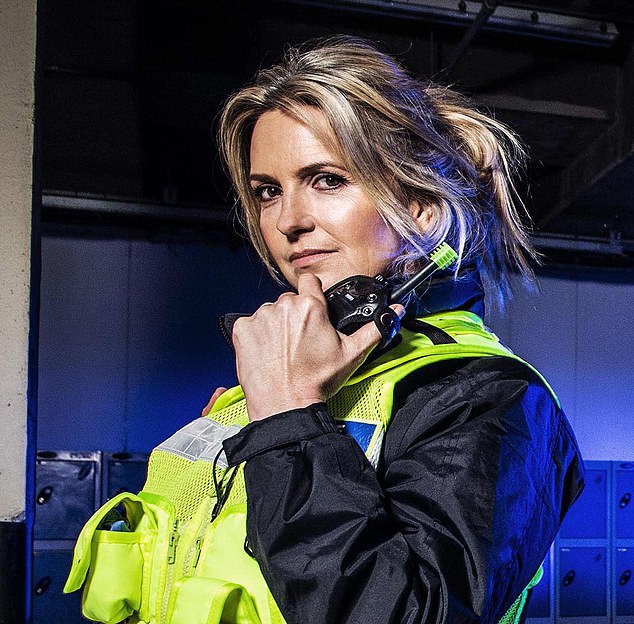 New trade: Penny trained with the police for Famous and Fighting Crime and is now set to become an officer for real 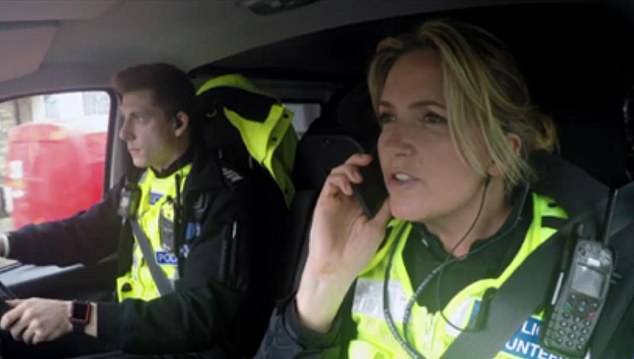 Celeb officers: She was one of five well-known rookies being given the chance to see what it’s like to be in the police

She previously said: ‘I had to sit exams, English and maths type of exams, and go for an interview with two officers. And then I did a fitness test which was the bleep test which was pretty tricky so I had to get fit for that and I passed.

‘Then I had to do this massive vetting form going through all personal details of myself, my family, people I know and all that kind of thing. 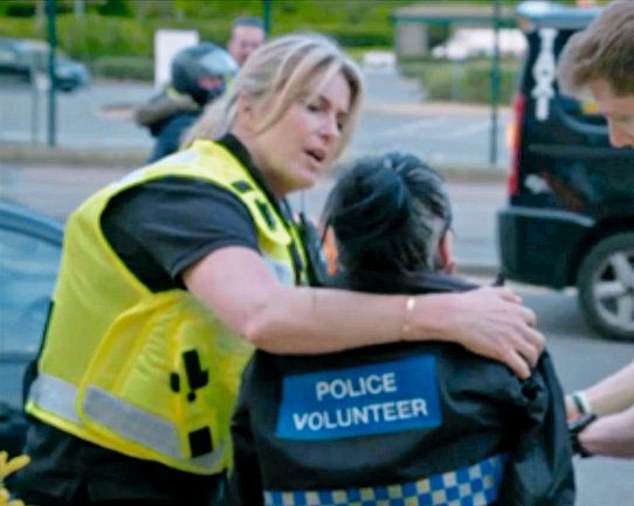 Passion: Special Constable Penny (pictured giving comfort to a member of the public) said she ‘never felt more comfortable in a position’

‘So now I’m waiting for the training to begin so I can serve the community.

‘I’m going to become a police officer for the City Police in London.’

The mother-of-two, who married Sir Rod in 2007, said the experience made her realise how underfunded the police are.

Both her husband and her parents have admitted concerns about her joining the force, but Penny, speaking on an Instagram Live chat with her former Strictly Come Dancing partner, Ian Waite, said she was determined to take on the challenge. 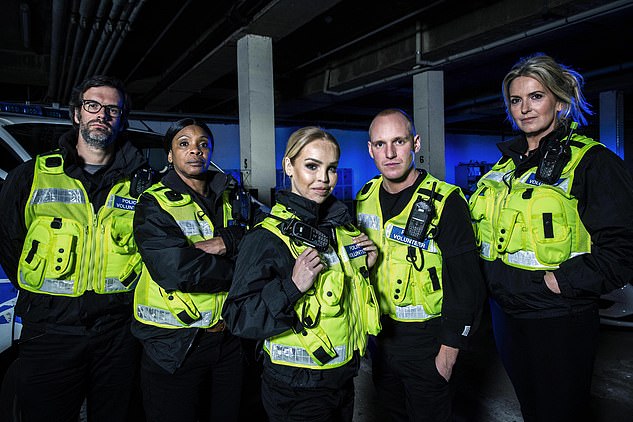 She added: ‘My mum and dad are not so keen on the idea but I can’t wait.

‘I feel sorry for the police right now because they really, really have their work cut out for them trying to create social distancing while trying to arrest someone.’

Speaking previously, Sir Rod, 75, said: ‘No one’s ever been able to stop Penny if she’s decided she wants to do something. And I’m always behind her all the way.

‘But am I scared for her? Yes, a little. Did you see that drug addict who threatened to stab her with a needle on the TV show?

‘As long as she’s accompanied at all times by another constable, she’ll be okay.’

Shannen Doherty, 49, has stage IV cancer but does not want to make goodbye videos