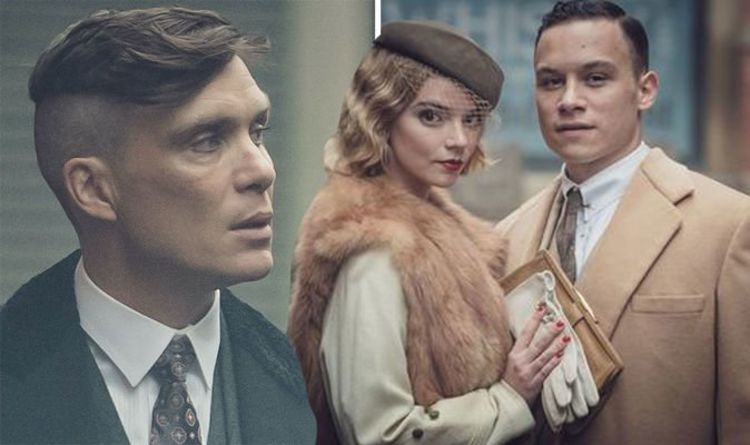 Tonight’s instalment of Peaky Blinders was filled with drama and intrigue for the Birmingham gangsters, but the most dramatic twist saw Michael (played by Finn Cole) return home from America with his new wife Gina Gray (Anya-Taylor Joy) in tow.

After having a warning phone call from an Irish woman only moments after rescuing his beloved son from certain death, Tommy (Cillian Murphy) was fraught and unsure who to trust.

The leader of the company ordered Arthur Shelby (Paul Anderson) and Michael’s mother Polly (Helen McCrory) to greet the newlyweds, and things very quickly turned tense between the group.

Angry the family wouldn’t simply welcome Gina into the fold with open arms, Michael swore and stormed off in anger on the BBC series.

But despite his insistence he has done nothing wrong, Michael’s comments fell on deaf ears, and Tommy’s suspicions only grew throughout the episode.

He told Polly he had a “black cat dream”, which she’d always asserted meant “someone is betraying you”.

But while telling Michael he believed his story about losing the money and not betraying the Shelby company, he all but put a “curse” on Michael’s unborn baby when he warned the foetus had “witnessed” its father’s promises.

Tommy later reiterated his worries when he told his brother Arthur the “black cat dream is never wrong brother”.

And after a devastating warning from the Billy Boys gang at the end of the episode, Tommy assured his longtime coworker and friend Johnny he knew he was “no black cat”.

Does that mean he knows Michael is still hiding something and is plotting to kill Polly’s son?

“In all of the world and all of the people, you alone I know I can trust,” Tommy added to Johnny as the episode came to an end.

“Steve’s way is to go deeper and deeper and Michael is very interesting because still, to me, there’s something very mysterious about him – like he’s not showing his hand,” Jamie said.

“And I have to say, without wanting to spoil anything, he shows his hand in this series.

“You can kind of think, ‘Well of course’ but at the same time, I find it really shocking.”

“It’s shocking for the right reasons,” Finn clarified quickly. “This is the thing, I was so excited by reading it, because when he says shocking it suggests I’m going to go round and murder all the family.

“But it’s shocking because it’s interesting and exciting, and it’s not quite where I thought that character was going to go at the end of last season.

“And that’s why it’s shocking. But yeah, I agree he definitely does. And it’s a test, and I think that’s what’s fantastic is it’s always a test.

“And for me as an actor to approach this role it’s constantly trying me and testing me and different things,” the actor added excitedly.

READ  HBO Max debuts (and brings 'Friends' back) May 27: All your streaming service questions, answered

Peaky Blinders continues Sunday at 9pm on BBC One.