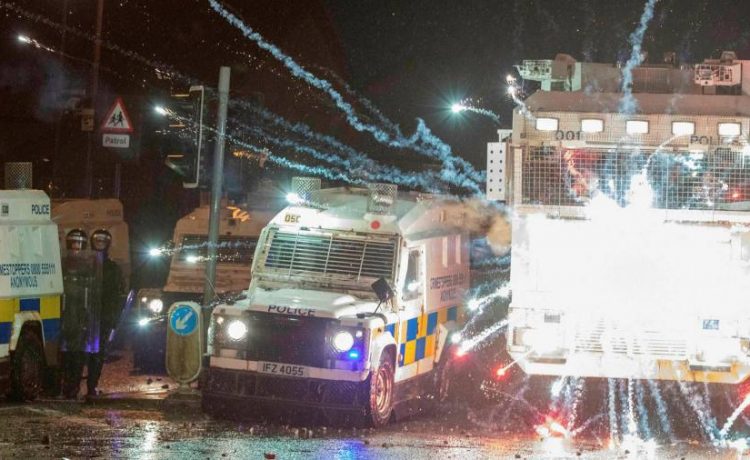 After three decades of conflict that cost more than 3,500 lives, the Good Friday Agreement of 1998 brought peace to Northern Ireland. But it was a cruel peace. Political violence subsided yet never truly ended in the British-ruled province.

The disorder in Northern Ireland over the past week has a different quality to the Troubles of 1969 to 1998 or the occasional violence of the past two decades. Even so, the unrest is unlikely to stop unless those involved heed the lessons of the Good Friday accord.

The first is that leaders of the mainly Protestant, unionist community and their mainly Catholic, nationalist counterparts must stop raising the hopes of their supporters to unrealistic levels. Power-sharing and respect for the province’s different identities are the essence of the Good Friday deal. Difficult compromises are unavoidable.

The second lesson is that peace in Northern Ireland does not depend solely on local actors, nor even on the British and Irish governments. There is a crucial international dimension. Just as the EU and the Clinton administration played an indispensable role in the Good Friday Agreement, so the best efforts of Brussels and the Biden administration will be needed to help calm tensions.

Unlike during the Troubles, these tensions are not primarily sectarian. They have some connection to the paramilitary violence that has sporadically erupted in Northern Ireland since 1998. But the new and fundamentally destabilising factor is Brexit.

The shared EU membership of the UK and Ireland was the foundation stone of the 1998 settlement in Northern Ireland. There was no need for an inner-Irish border, let alone a regulatory border between Northern Ireland and the British mainland, because the EU was the common home of both countries.

The EU can play a constructive part by helping to find technical solutions to the problems that have bedevilled the entry of goods into Northern Ireland from the mainland since Brexit. However, some of these problems are of the British government’s own making. They boil down to the fact that Boris Johnson, prime minister, has never come clean about his Brexit deal. The break with the EU legal and administrative order was so decisive that a regulatory border in the Irish Sea became inevitable.

Northern Irish unionists, furious at these arrangements, now want to tear up the Brexit protocol. Like Johnson, however, they are not telling the full truth to their supporters. Their power to replace or change the protocol is limited. There is no legal requirement for them to be represented on the committees that oversee its enforcement.

Similarly, some nationalist leaders promise too much when they hold out the prospect of a referendum on uniting Northern Ireland with the Irish Republic. The Good Friday Agreement states that a referendum should be held if it appears likely that a majority would vote for Irish unification. Because the proportion of Catholics in Northern Ireland’s population is rising, this condition is arguably drawing closer, but it is not yet met. In any case, the government in Dublin is wary of hasty steps towards uniting the island.

All sides have a responsibility to uphold the Good Friday accord, which represents the most satisfactory answer to Northern Ireland’s difficulties since the province’s creation 100 years ago. But the heaviest responsibility falls on the UK and EU, which must stop bickering and learn to co-operate better for the sake of peace.