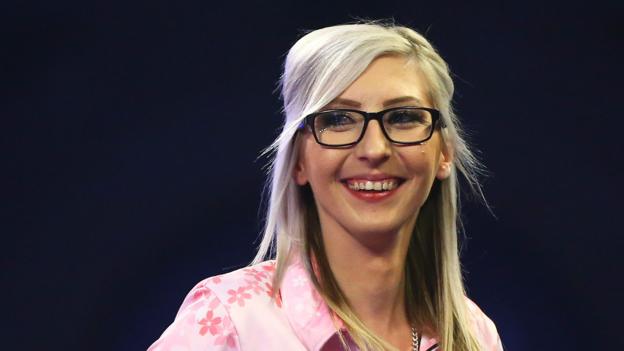 Fallon Sherrock’s challenge at the PDC World Championship was ended in a third-round defeat by world number 22 Chris Dobey.

Sherrock, who had made history by becoming the first woman to win a match at the tournament, was beaten 4-2.

“I’ve enjoyed myself so much,” said Sherrock. “Unfortunately, it wasn’t my result but I can’t take it away from him – he played so well.”

Sherrock had the crowd behind her at Alexandra Palace and, even though she was being outscored, her clinical finishing helped her into the lead.

She hit a 180 in the first leg and took it against the darts and, after Dobey missed a 40 checkout, Sherrock finished with a 77 – hitting double top – to take the first set.

Dobey levelled at 1-1 but, in the first leg of the third set, missed three darts at double eight and Sherrock punished him with a 142 checkout.

She went on to take a 2-1 lead before Dobey started to find his range on the doubles and he reeled off three sets in a row.

Sherrock, from Milton Keynes, is the fifth woman to play at the tournament but became the first to win a match when she beat Ted Evetts in the first round.

She then knocked out world number 11 Mensur Suljovic in the next round.

“I didn’t think this was ever possible,” she said. “Thank you to everyone. This is amazing. Hopefully I can experience it again.

“Hopefully I’ll be back here next year. I’ve got the ladies’ BDO World Championships next week so let’s see where I go from there.”

Pioneering tennis player Billie Jean King was among those to tweet their support after the match, saying Sherrock had “inspired millions” and “her talent & grace under pressure will take her far”.

Canadian Gayl King was the first woman to play at the PDC World Championship in 2000, with Anastasia Dobromyslova of Russia (2009 and 2019) and England’s Lisa Ashton (2019) also featuring prior to the latest event.

Dobey will play Glen Durrant, who beat Daryl Gurney 4-2, in the last 16.

“I knew what I had to do from the start,” said Dobey. “This girl can play and I needed to be at my best.

“[She was] absolutely astonishing today and she fully deserves all this support.”