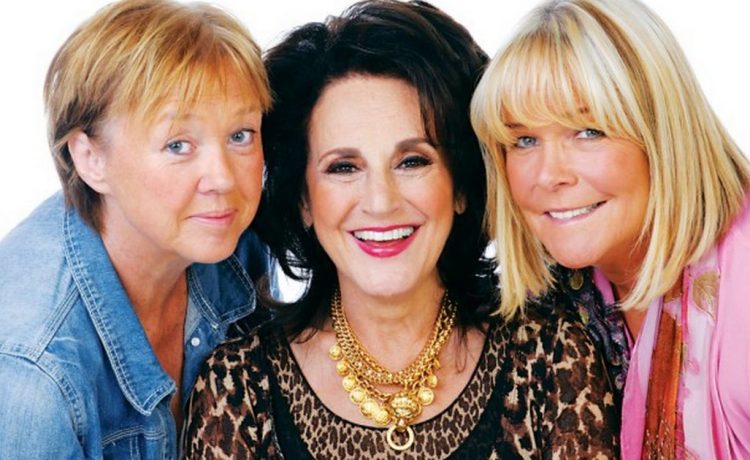 Pauline Quirke quit the Birds of a Feather reboot after a ‘huge row’ with Linda Robson, according to reports.

TV stars Quirke, 61, and Robson, 62, have been best friends since childood.

Birds of a Feather had a reboot after switching from BBC to ITV in recent years, the Mirror reports.

But an claims of a secret tiff between the two pals has surfaced.

It’s alleged the spat resulting in Quirke opting out of the 30th anniversary special, which aired in 2019.

This then apparently led to Quirke being snubbed by TV bosses when it came to putting together the 2020 Christmas special amid claims she ‘wasn’t asked’.

Quirke’s abscence was explained to viewers at the time as her character Sharon heading off on a cruise.

A friend told the Mail on Sunday: “Both Linda and Lesley were saddened that Pauline didn’t want to return to make a 30th anniversary episode.

“Linda and Pauline used to be very close, less so Pauline and Lesley.

“I think Pauline resented the attention that Lesley got and it was very tense and difficult to navigate at times.

“The atmosphere on the set had previously become difficult, there were real and tense issues.”

Former double act Quirke and Robson had shot to fame in Birds of a Feather which began on the BBC in 1989.

The pair played two sisters who moved in together after their husbands were jailed for armed robbery.

It ran for nine years before being picked up by ITV in 2014.

The 2020 Christmas special proved a hit with viewers with 7.9million tuning in to catch up with the characters, despite Quirke’s absence.

While Pauline was a no-show, her real life son Charlie, who plays Tracey’s son Travis Stubbs, continued to appear.

An ITV spokesperson said at the time: “Unfortunately, Pauline Quirke will not be taking part as she’s stepping back from acting to focus on her 200 nationwide performing arts academies.”

Mirror Online has contacted representatives for Linda, Pauline and ITV for comment.