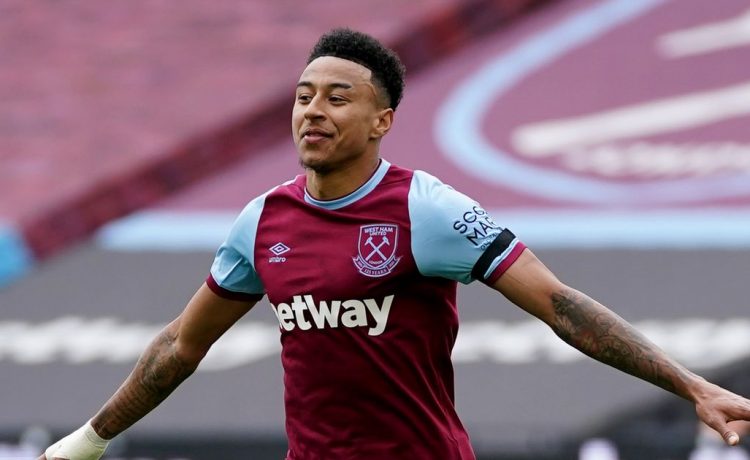 Paul Scholes feels Manchester United should not entertain the thought of selling Jesse Lingard and keep the midfielder at the club next season.

The 28-year-old will have just 12 months remaining on his United contract come the summer with a host of clubs now lining up to sign him.

United would have no trouble offloading Lingard for a considerable fee in light of his stunning performances on loan at West Ham, who are desperate to prise him away from Old Trafford permanently.

But Scholes feels Lingard’s stint at the Hammers has been exactly what he needed to reignite his stagnating career and put him firmly back in the first-team picture at United.

“Jesse needed to play football – he needed a chance – and West Ham gave him that chance,” Scholes told talkSPORT.

“His fitness was never going to be a problem even though he hadn’t played for a while, he’s so professional and so fit.

“He’s been sensational. For Ole [Gunnar Solskjaer], I think it would be great to have him back to give some competition to Bruno Fernandes.

“When he isn’t quite doing it we have a player in Jesse Lingard who is capable of reaching the same heights.”

Lingard has certainly done that while out on loan, scoring eight times in just nine appearances under David Moyes to earn himself an England recall.

He now stands a good chance of making the Three Lions’ squad for the European Championships this summer, but still there are question marks over the role he would play back at United.

Solskjaer barely played Lingard during the first half of the campaign and seemed prepared to lose him, but now appears keen to have him back to play a part in a title push in 2021/22.

However Lingard now faces a decision whether to be the main man at a team like West Ham or elsewhere, or be content with being more of a squad player under Solskjaer – though Scholes is in no two minds about how United should proceed.

“His numbers since he’s been at West Ham have been just as good as Bruno, so it’s always healthy to have competition in the squad,” Scholes added. “Hopefully Jesse is ready for that and Ole wants him to do that as well.”