Paul Potts wife: Who is Britain's Got Talent star Paul Potts married to? 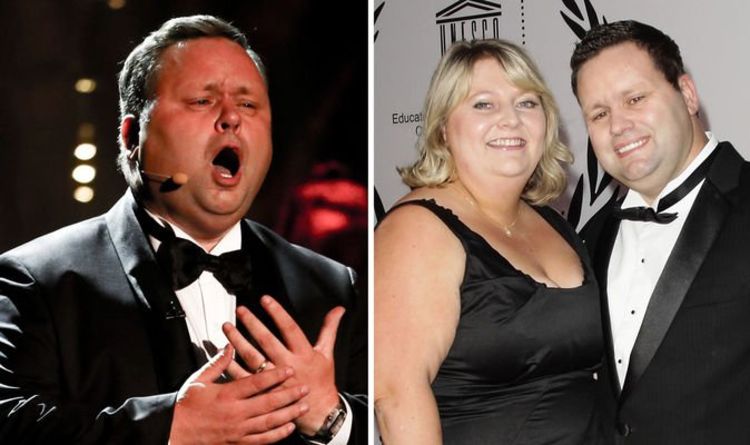 Paul Potts will appear in the first episode of Britain’s Got Talent: The Championships which starts at 8pm tonight (Saturday, August 31) on ITV. He will sing Parla piu piano, hoping to impress the judges and audience to send him through to the finals. Paul last appeared on BGT over 10 years ago and was the first-ever person to win the talent show.

Who is Britain’s Got Talent star Paul Potts married to?

Paul Potts married his wife Julie-Ann in 2003 after first meeting on an internet chatroom in 2001.

Speaking to The Mirror, Julie-Ann said: “There was an attraction between us. He was exactly the way he was in the chatroom. I thought he was very attractive and it just went from there.”

“It was quite a short engagement. We were staying at a Travel Inn hotel in Bristol on Christmas Eve when Paul presented me with an engagement ring.

“I was so thrilled – how can you top that for a Christmas present?”

Potts has managed to keep his personal life very private, so not much is known about his wife and family.

Who is Paul Potts?

Paul Potts auditioned for Britain’s Got Talent in 2007 with his powerful rendition of Giacomo’s Puccini’s Nessun Dorma.

His BGT audition has been viewed over 200 million times on Youtube.

From Carphone Warehouse manager in Wales, Potts went on to become the first-ever winner of BGT in 2007.

Following his win, he secured a recording contract, won £100,000 and performed at the Royal Variety Performance later that year.

WHO ARE THE JUDGES ON BGT THE CHAMPIONS?

His debut album, One Chance, went to number one in 13 countries and he has gone to release several successful albums since then.

Potts first began singing as a young boy in a church choir before joining an amateur opera company in Bath.

His life story was even made into the 2013 film titled One Chance, starring James Cordon.

Potts also released a biography titled One Chance: A Memoir.

Earlier this year, Potts competed in American’s Got Talent: The Champions and managed to reach the final.

WHY ISNT BGT THE CHAMPIONS LIVE?

Tonight, he will appear on the first episode of Britain’s Got Talent: The Championships.

Speaking about returning to BGT, Potts said: “There’s no real way of preparing for what would happen on Britain’s Got Talent. I went from selling mobile phones to selling records.

“I’m doing now what I’d never dreamed I would do. I’m really grateful for the opportunities Britain’s Got Talent given me.

“It would be mind-blowing for me to be the first winner of Britain’s Got Talent: The Champions.”

In tonight’s show, he will go up against fellow BGT alumni Ashleigh Butler and her new dog Sully, Boogie Storm and Connie Talbot.

READ  Duffy tells fans she was 'raped, drugged and held captive for days'

Britain’s Got Talent: The Champions starts tonight at 8pm on ITV