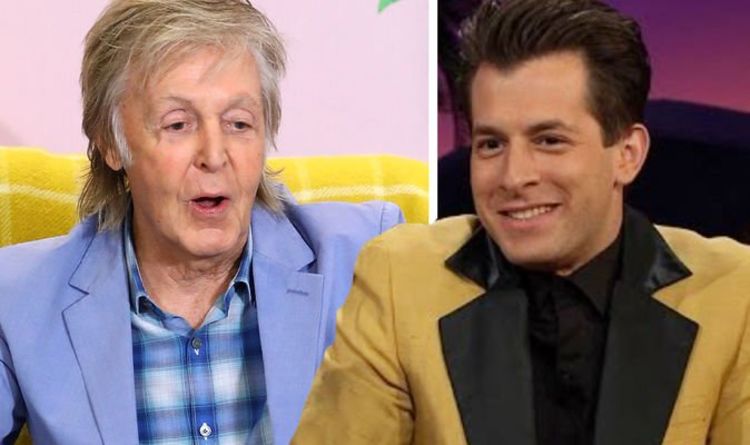 Mark Ronson, 45, has worked with some of the best of the best in the music industry, including Amy Winehouse, Adele, Lady Gaga, Lily Allen, Robbie Williams, Miley Cyrus, Bruno Mars and Paul McCartney. And in a new interview, he told the tale of his he came to work with The Beatles legend, with it all starting after he DJ’d his wedding in 2011 to Nancy Shevell.

“Paul asked me to DJ at his wedding in New York,” he recalled.

“I said, ‘I can’t possibly charge you, but maybe one day down the road, you could come and bless some song I have with an amazing bass part.”

With the thought just hanging in the ether, Ronson soon got his wish when the rock sensation suggested a collaboration during his second wedding reception in London.

READ MORE: The Beatles: Paul McCartney was arrested in Japan and imprisoned

The celebration was held in the back garden of Sir Paul’s house in St John’s Wood, close to Abbey Road studios where the Beatles recorded most of their songs.

“I was in the toilet washing my hands and he comes in and says, ‘Hey, we should get together like you said,'” the DJ recalled.

“‘I’m working on a new record, come down to my place in the [Sussex] countryside.'”

He beamed: “And that’s how it happened!”

But the DJ, who was 37 at the time, admitted working with McCartney was intimidation “on another level.”

“He understands that you’re so nervous to be working with Paul McCartney because everyone is,” Ronson laughed.

“He gives you a lot of leeway, but then at the end of the day you need to deliver the goods.”