Paul Chuckle has criticised the BBC for not airing ChuckleVision on mainstream TV in the wake of brother Barry’s death last year.

The 71-year-old actor and younger Chuckle Brother told RadioTimes.com that the BBC’s decision to only air the show on BBC iPlayer in tribute was one ‘slap in the face’ in a long list of grievances apparently held with the BBC.

‘They could have at least put it on the BBC – not iPlayer,’ he said. ‘They asked permission and I said, “why not on main TV?”’

Paul worked together with his brother Barry, who died in August 2018, on ChuckleVision from 1987-2009, proceeding to make a name for themselves going all Love Island on the nightclub PA circuit in recent years.

Recently the children’s slapstick comedy series was named the public’s favourite CBBC show of all time.

However, Paul was far less than pleased by the earlier light-hearted power ranking of shows posted on the channel’s Twitter account that placed ChuckleVision on the ‘mid-tier’ below the likes of Sorry I’ve Got No Head and Horrible Histories.

‘It was absolutely ridiculous what they put. People were saying how stupid this is,’ Paul said. ‘It’s just another slap in the face from CBBC.’

He continued: ‘When they dropped [the show] they didn’t tell us. We eventually rang them and said, “we’ve not done a script meeting” and they said, “we’ve decided we’re not going to do one” and that was it. They just dropped it.’

Metro.co.uk has reached out to the BBC for comment.

MORE: Simon Cowell to go huge on BGT: The Champions and make it every year 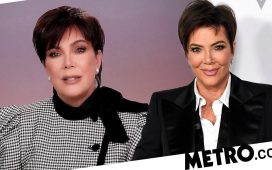 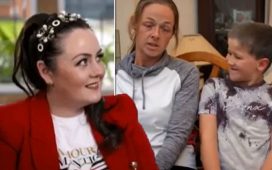