Passover 2021: Greetings, memes and sayings to celebrate the Jewish festival 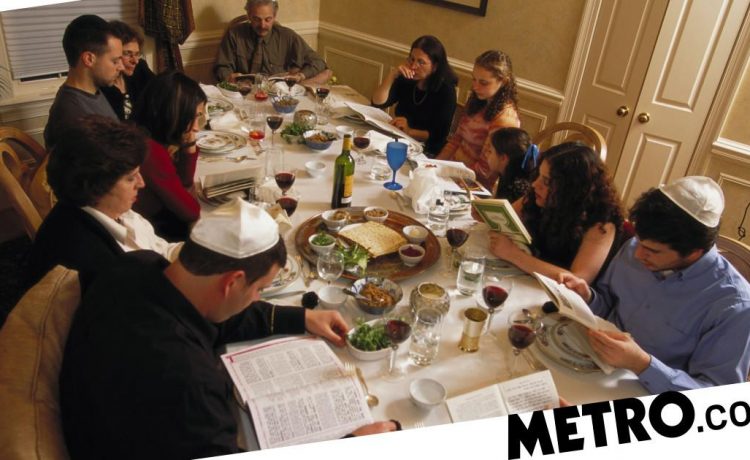 Today marks the start of the festival of Passover, one of the most important festivals in the Jewish calendar.

The eight-day long festival – also known as Pesach – commemorates the story of the Exodus, when Moses freed the Jewish people from slavery and led them out of Egypt to freedom.

It sees Jewish people across the world refrain from eating bread and other leavened food for eight days – instead eating unleavened bread, or matzo, as well as holding a special service at home called a Seder.

Normally these provide an opportunity for families to get together, but in the wake of the Covid-19 pandemic many will – for the second year in a row – be celebrating this either alone, or only with other members of their own household or support bubble.

But while it may not bring families and communities together in the usual manner, there are other ways to mark the festival and its significance – such as sharing special greetings online, for example.

Here are just some of those.

‘Dayenu!’ (It would have been enough for us)

‘Chag Pesach kasher V’Sameach’ (have a happy and kosher Passover)

All who are hungry, let them come and eat’

‘Why is this night different from all other nights?’

‘The exodus from Egypt occurs in every human being, in every era, in every year, and in every day.’ – Rabbi Nachman of Breslov

‘You shall not oppress a stranger, since you yourselves know the feelings of a stranger, for you also were strangers in the land of Egypt.’ – Exodus 23:9

‘Passover affirms the great truth that liberty is the inalienable right of every human being.’ – Morris Joseph

‘Passover is a time of reflection and joy. When we emerge from our cocoon of doubt to fly freely on the wings of faith.’- Unknown

”In Jewish history there are no coincidences.’ – Elie Wiesel


MORE : Pesach 2021: How do you wish someone a happy Passover in Hebrew?