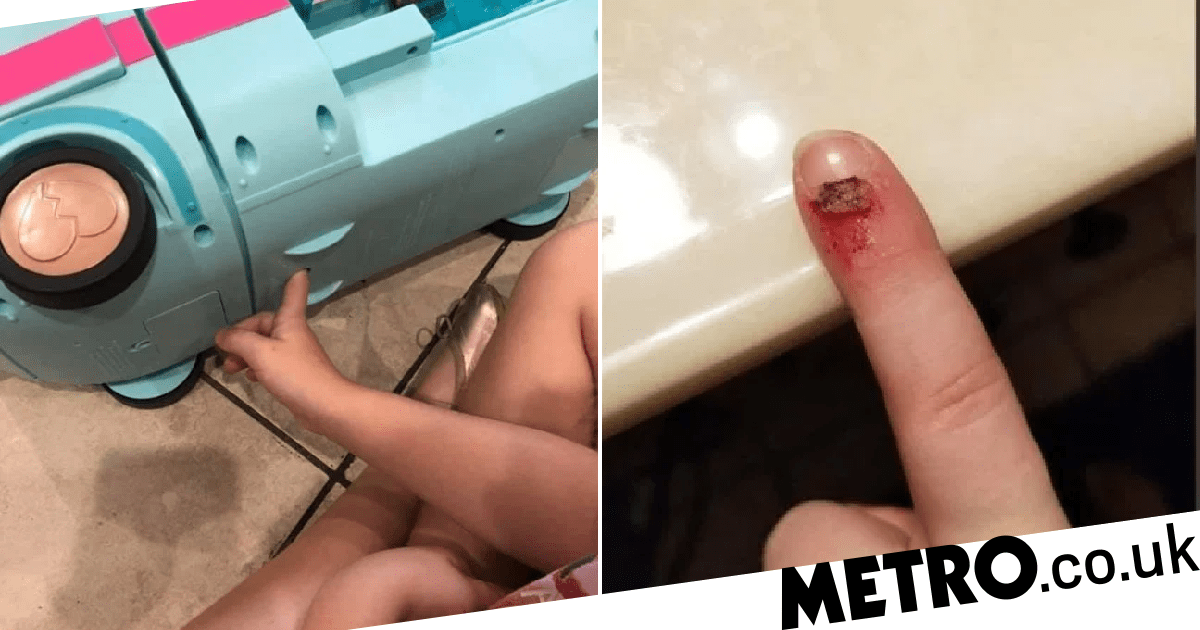 Take care if your child received a LOL Surprise Glamper Van for Christmas this year – they may be at risk of injury.

Parents have shared stories of their children getting their fingers stuck in a hole at the bottom of the van, previously predicted to be one of the top toys bought for children this Christmas, cutting off blood flow and often requiring the toy to be taken apart.

Multiple reports of injuries are centred around a hole in the bottom of the van, intended as a button to open up the toy.

One mum, Camille Katherine, wrote on Facebook: ‘Warning about LOL Glamper. This weekend, while using the button that she was supposed to push to open up her LOL Glamper, my daughter got her thumb stuck and was unable to remove it.

‘We tried for 20 minutes without luck and had to call our local EMS who were able to break the toy off from her.’

Another parent, Chanie Zarchie Wolf, wrote: ‘Last week we bought a LOL glamper for our daughter for her 6th Bday. She got her finger stuck and we tried for over an hour to release it.

‘We tried maneuvering it and then realized it was a double layer and whenever we tried to move the top layer she would scream.

‘We couldn’t see what was happening with her finger inside.

‘We also tried cracking it open and it was too painful for her so we kept stopping.’

Mum Brittney Stewart shared her story, writing: ‘WARNING!! Maddie just got the LOL Glamper for her birthday and she decided to stick her finger in a hole on the bottom. The hole looks like a button. Kids like to push buttons!

‘Well her finger got stuck and every slight movement caused a blood wrenching scream! The fire department came and had to take it all apart and saw it in half.

‘It was pinched in there by a plastic tab, almost like a Chinese finger cuff.’

Parents are calling for the toy to be recalled and urging LOL Surprise to redesign it without the hole at the bottom.

We’ve reached out to LOL Surprise for comment, but haven’t heard back yet. If we do, we’ll update this article with their response.

In the meantime, parents are warned to be cautious of the Glamper van and make sure children know not to put their fingers in the small hole at the bottom of the toy. Some mums have recommended breaking off ‘the little clip that clicks the Glamper closed’ or covering the hole.

If your child does get their finger stuck in the toy, take them to the hospital so the van can be taken apart without causing further injury.

READ  Money-saving mum shares biggest thrifty tips from NEVER paying full-price for clothes to slashing food bill in half
Share on FacebookShare on TwitterShare on PinterestShare on Reddit
newsgrooveDecember 27, 2019