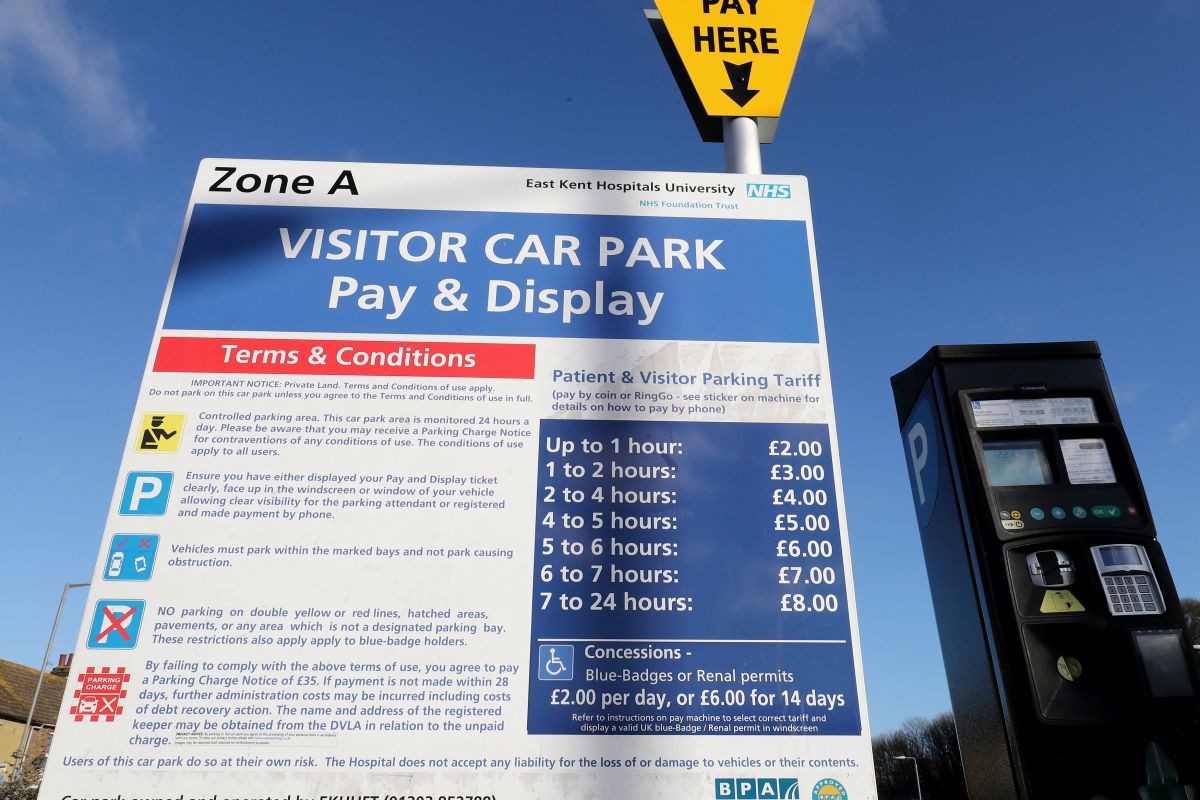 PARENTS of poorly kids who have to spend the night in hospital will get free NHS car parking from next April.

Macmillan Cancer Support hailed it as a “game-changer” — and said it would remove a worry for patients.

The Department of Health said it would not set aside funds to reimburse NHS trusts, who set charges. But it said “they will be supported” to ensure the policy does not hit care.

A third of sites increased prices, with £1.98 the hourly average. The Royal Surrey County Hospital in Guildford charged the most at £4 an hour.

Mr Hancock will say: “Currently, the situation varies from hospital to hospital.

Instead, from April, across the country, those with the greatest need — such as disabled people, parents staying overnight with sick children in hospital, and

NHS staff working night shifts — will no longer have to pay for parking.
“This is yet another example of how this government is delivering on our promises and focusing on the people’s priorities.”

The Government has also vowed to make parking at hospitals easier. They plan to use technology such as number-plate cameras, or provide ticket or token systems for those who are eligible for free parking.

Dr Moira Fraser-Pearce, of Macmillan Cancer Support, welcomed the announcement. She said: “Cancer can be a huge burden on your finances and in England hospital car parking charges, especially for those undergoing regular treatment, can add significantly to this strain.

“This long-awaited announcement will be a game-changer, allowing many to attend appointments and focus on their health without the extra worry about finances.”

Shadow Health Secretary Jonathan Ashworth said patients “will have to examine the small print”. He said: “Many will still have to pay over the odds just because they are ill.”