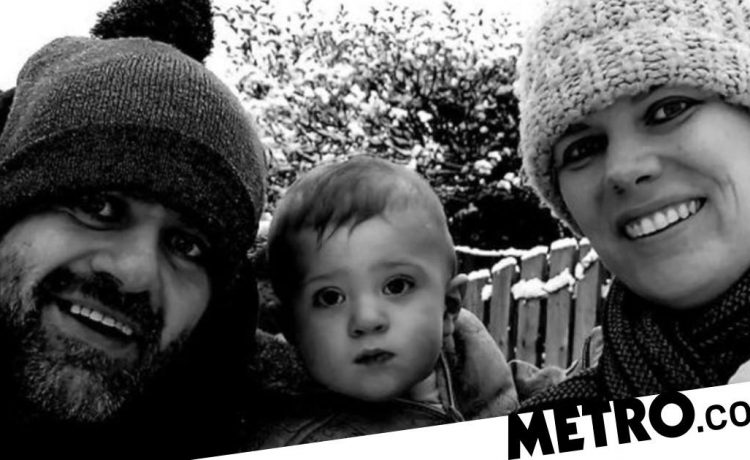 A family has been left devastated after both parents were diagnosed with stage four cancer within the space of nine months, just after having their fifth child.

Sarah Thawley was told she had only weeks to live last summer, two months after giving birth to son Arthur, 1.

Her husband Steve thought he was suffering from anxiety when he had trouble swallowing food over the following months, but was given the ‘unbelievable’ news that it was gastric cancer just before Christmas.

Heartbroken friends have now started a fundraiser to give the family, from Barnsley, South Yorkshire, ‘the chance to treat themselves in whichever way they choose’.

The couple welcomed Arthur on March 20 – three days before the nation was plunged into lockdown – with the little boy spending the first weeks of his life away from his family due to Covid rules.

Sarah was diagnosed with stage four breast cancer at Barnsley hospital on May 16 and had to be given the news alone in hospital.

On June 11, football coach Steve was told by doctors to come to the hospital as soon as possible as his wife’s condition had worsened following chemotherapy treatment.

Speaking of their ordeal in a statement, the parents said: ‘Sarah had been moved to a private room and it was there that we were told that she had only weeks left to live.

‘Everyone was devastated but were determined to bring Sarah home and on Saturday, June 13, she came home.’

Despite the awful prognosis, the mum-of-five was still fighting and appeared to show improvement three weeks later. She resumed her treatment and her CT scan showed a ‘remarkable response’.

The family said: ‘Over the next few weeks that followed everyone tried to get back to as much normality as possible with the restrictions in place, with Sarah going into hospital every three weeks for immunotherapy.

‘However it was around this time that Steve began experiencing problems swallowing food. It was put down to anxiety at first, with everything that had happened this year it was bound to have affected him.

‘However, it kept getting worse and after a visit to the GP, Steve was fast-tracked for an endoscopy.

‘Again, because of Covid restrictions, Steve had to go in for the procedure on his own. It was after the endoscopy had been done that the doctor told him he was 99% sure it was cancerous.

‘It was unbelievable. After everything that had happened already this year it seemed like impossible news. But on December 11 it was confirmed to be stage 4 gastric cancer.’

Steve went into hospital over the festive period to have a stent fitted so he could eat properly.

He was able to spend Christmas Day with his family, but was ‘very poorly and couldn’t enjoy it properly’. The dad-of-five will be having chemotherapy sessions until April.

‘Even if they can have a holiday as a family or put the money to good use after the horrible year that they have had.

‘It’s a story that, although you want to share it, you don’t at the same time because it is so upsetting. You couldn’t write what has happened to them. Anything we can do to help them will be amazing.’