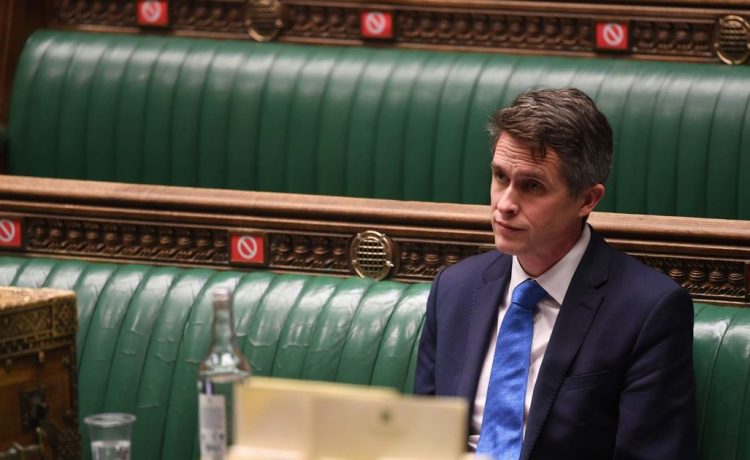 Ofsted has reportedly been flooded with thousands of emails in two days praising schools after the Education Secretary encouraged parents to complain.

Gavin Williamson told families to rat on their child’s school if staff were doing a poor job of teaching pupils online.

But parents instead turned the tables on the minister and overwhelmed the education inspectorate with messages of support for their kids’ schools.

What do you think? Share your views in the comments below…

It comes after the Tories were forced into an abrupt U-turn on demands to keep schools open earlier this week.

Boris Johnson had insisted pupils must go back into classrooms as coronavirus cases soared.

Some schools had disobeyed official orders and refused to reopen, citing concerns for the safety of teachers, pupils and their families.

But by the end of Monday the Prime Minister had shut them again until at least mid-February and plunged England into a third coronavirus lockdown.

Mr Williamson appears to have stoked more chaos on Wednesday, by advising parents to complain to Ofsted if the remote learning schools were offering was ‘unsuitable’.

Defiant parents instead fired off an outpouring of support for their kids’ schools, and posted screenshots on social media.

According to Schools Week, the regulator had received more than 5,000 emails from parents in just two days.

The inspectorate is reportedly pleased by the floods of positive feedback for schools fillings its inboxes.

Parents and schooltaechers snapped screenshots of some of the messages being sent to Ofsted.

Twitter user Rob McCann posted a screenshot of his glowing email to Ofted about his children’s school in Lincoln.

He wrote: “I felt I had no choice but to report my children’s school to Ofsted. Feel free to do the same…”

His message described his kids’ teachers as “tireless” and the school’s remote learning communications as “superb.”

Another Twitter user tweeted a positive review of the child’s school in Derbyshire.

“I would just like to ‘report’ to Ofsted how amazing Ladywood Primary have been providing my kids with amazing online learning.”