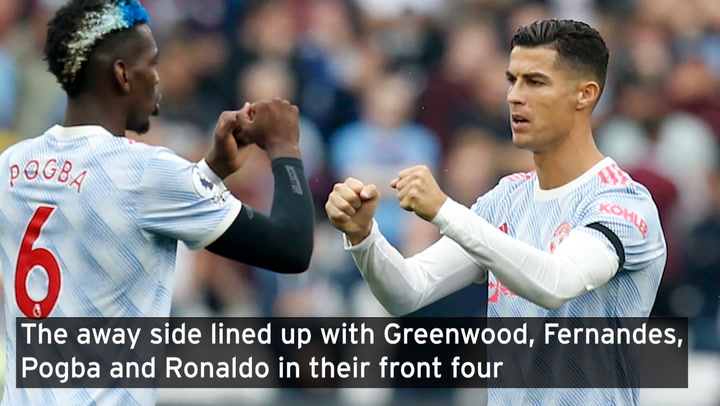 FA rules prohibit agencies from approaching the families of players to offer representation until they reach the age of 16.

The BBC understands that Mr Ward, who has several high-profile clients within his Colossal Sports Management stable, is already under investigation by the FA in relation to the alleged incident.

Mr Ward represents the likes of Alex Oxlade-Chamberlain and Ainsley Maitland-Niles, while he was also England superstar Raheem Sterling’s agent until earlier this year. There is no suggestion these players were signed in breach of FA rules.

Panorama discovered that Ward asked Sterling, a minority shareholder in Colossal to speak, via video-call, to a 15-year-old, allegedly in a bid for him to join the agency.

Sterling’s lawyers have told Panorama that as an England international he feels a responsibility to speak to aspiring players and has done so for many different people, including a couple of times at Mr Ward’s request.

However, he doesn’t speak to them about agents or financial issues and he supports FA rules designed to protect young players.

Panorama ‘Football’s Broken Dreams’ which will be aired on Monday night on BBC One, also shows a series of leaked emails and messages which appear to show Mr Ward is trying to build his business by signing young players.

Foday Nabay, 23, is interviewed as part of the programme and claims he was approached by Ward when he was aged just 12. Nabay had been training with Birmingham City’s Academy, but claims he was encouraged by Ward to move to Premier League side Fulham.

He told Panorama: “I didn’t want to go there in the first place, I didn’t feel like I ever really settled in.

“I would be on my phone to my friend on the way to training crying saying how much I didn’t want to go. It was very painful.”

Mr Ward denied he had ever represented Nabay, but in further emails obtained by Panorama, the programme alleges that he was.

The emails between Ward, Fulham’s Academy Director, Huw Jennings and another agent, appear to discuss the terms of a potential transfer for Nabay when he was 14 years of age.

Negotiations appear to be concluded with Fulham’s Academy Director reportedly agreeing to pay the agents their full fee, £120,000, if the deal goes through.

FA rules state that an agent cannot request or receive any payment or compensation, in relation to a transfer of an academy player, while that player is in full time education.

Fulham FC did not respond to Panorama’s detailed questions regarding Mr Nabay’s transfer but said the club had neither paid nor agreed to pay Mr Ward or the other agent in relation to the player’s registration with the club.

Foday Nabay signed with Fulham but was released by the club in March 2018.

The Mirror have approached Mr Ward for comment regarding the allegations.