Pamela, 52, and Peters, 74, reportedly only spent five days together as newlyweds before Jon ended the marriage over text, according to Us Weekly, which obtained the message.

The actress was away from Jon for half of their marriage at her home in Canada, before he sent the message which described their ‘beautiful amazing love fest’. 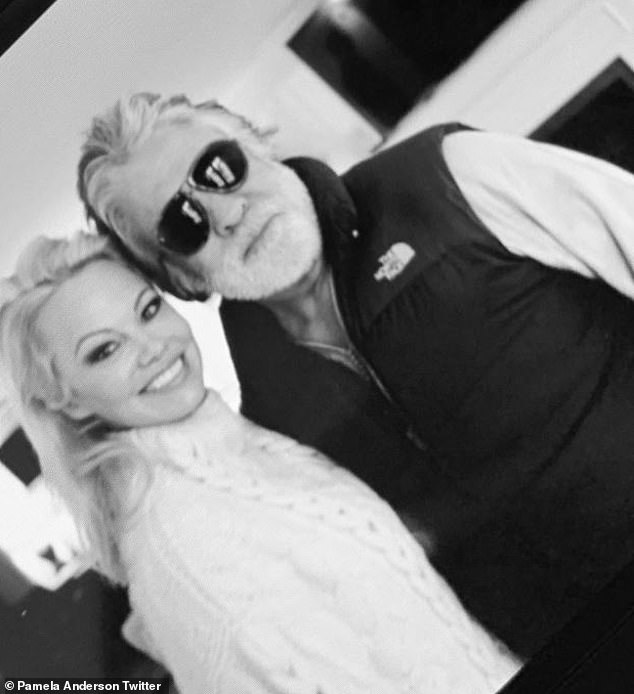 It’s over: Pamela Anderson 12-day long marriage to Jon Peters was called off by the producer over text message

‘This whole marriage thing … has scared me,’ he added. ‘It made me realize that at 74 I need a simple quiet life and not an international love affair.’

‘Therefore, I think the best thing we can do is that I’m going to go away for a couple of days and maybe you need to go back up to Canada we did it. The world knows we did it and I think now we need to go our own separate ways. I hope that you can forgive me.’

In addition to the text message, it has been reported the marriage was never made legal.

‘Legal paperwork for the marriage was never filed,’ the source told People after the Playboy star revealed she ‘just needed to take a step back.’ 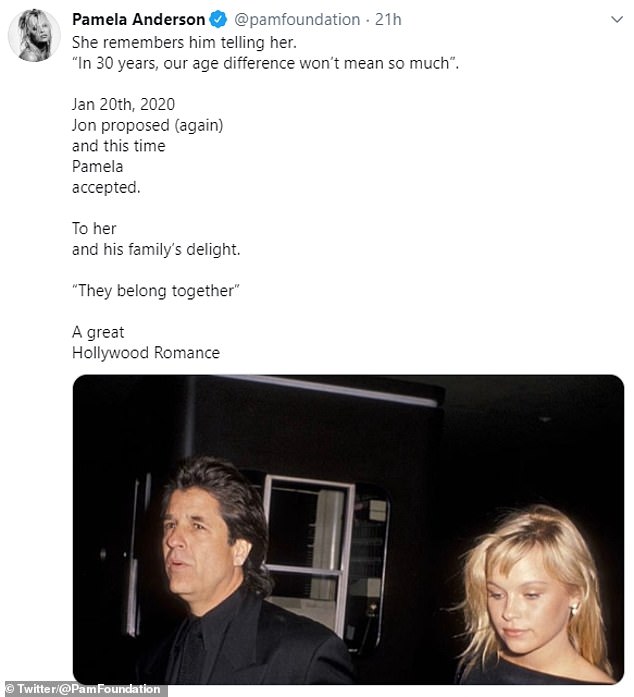 Looking back: She took to her Twitter to take a look back on their relationship after he proposed

‘Although they have known each other for more than 30 years, they had never lived together,’ the source added.

‘Living with someone, you truly get to know them. Pam’s a romantic, but she is also very independent … This all moved a bit fast, so they both agreed to put it off.’

But while the relationship may be over, it appears as though the two ‘remain friends’ following their split. 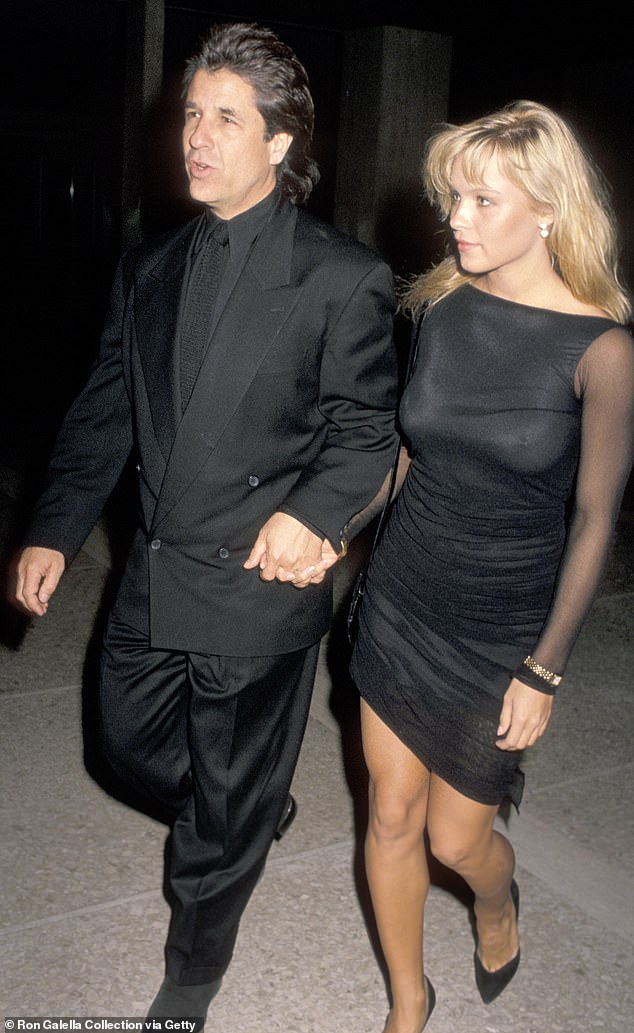 Date night: Back around their first time dating, the two hold hands on their way to their destination

The couple announced just a few days ago that their marriage was over following their wedding on January 20.

‘I have been moved by the warm reception to Jon and my union,’ Anderson said in a statement announcing their split to the Hollywood Reporter.

‘We would be very grateful for your support as we take some time apart to re-evaluate what we want from life and from one another. Life is a journey and love is a process. With that universal truth in mind, we have mutually decided to put off the formalization of our marriage certificate and put our faith in the process. Thank you for respecting our privacy.’ 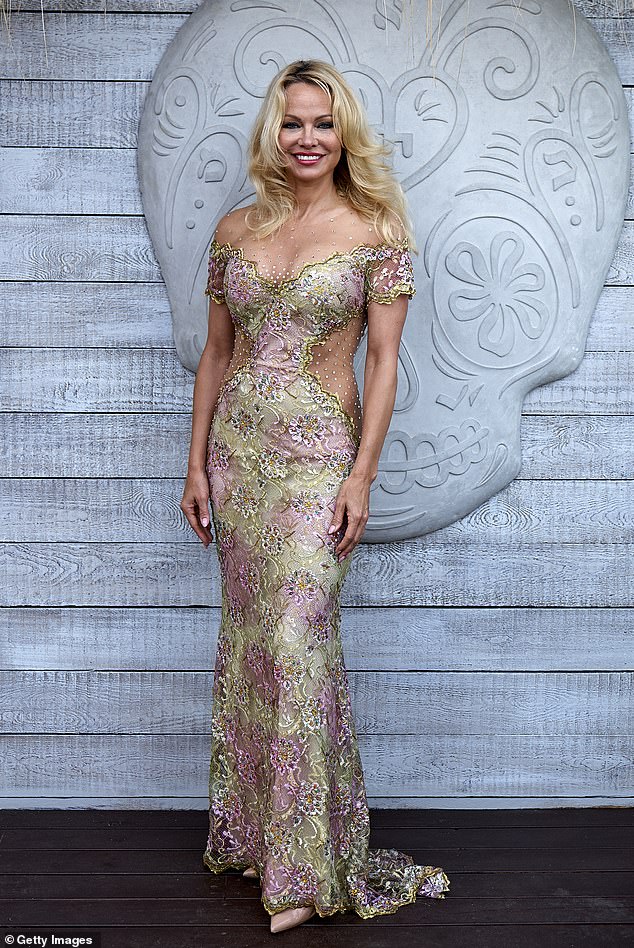 Stunning: Back in May 2017, the star turned heads while in Spain

The couple has been friendly for years after meeting back in the 80s at Hugh Hefner’s Playboy mansion.

‘Pamela has never seen her full potential as an artist. She has yet to shine in a real way. There is much more to her than meets the eye, or I wouldn’t love her so much,’ her now ex-husband said at their wedding last month.

READ  What happened on Love Island tonight? Recap of episode 45 with all the latest news, highlights and gossip

‘There are beautiful girls everywhere. I could have my pick, but — for 35 years — I’ve only wanted Pamela.’

The blonde beauty was previously married to Tommy Lee with whom she shares her two kids Brandon, 23, and Dylan, 22, with.

After their marriage ended in 1998, she went on to get married and divorced 2006 to singer Kid Rock.

And then just a year later, she went on to marry Rick Soloman twice in 2007 and in 2013, but both ended in divorce. 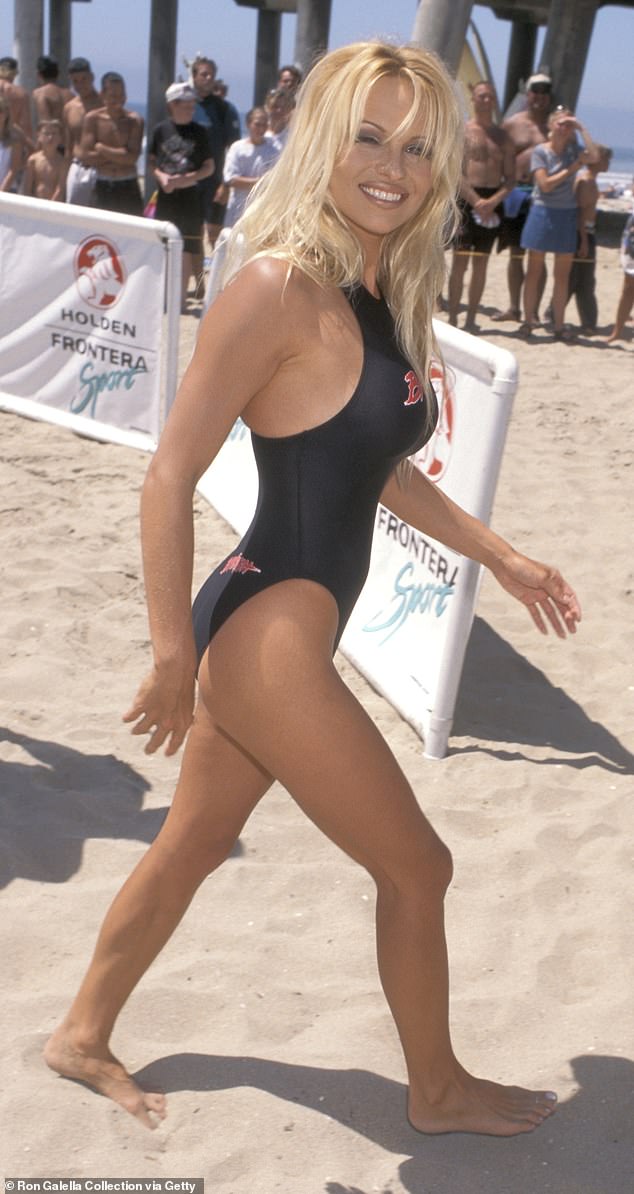 Swimsuit season: Pamela knows how to work the camera while at Huntington Beach in California

The films up for best picture at the Oscars 2020

Ariana Grande credits Thank U, Next with 'literally saving her life'