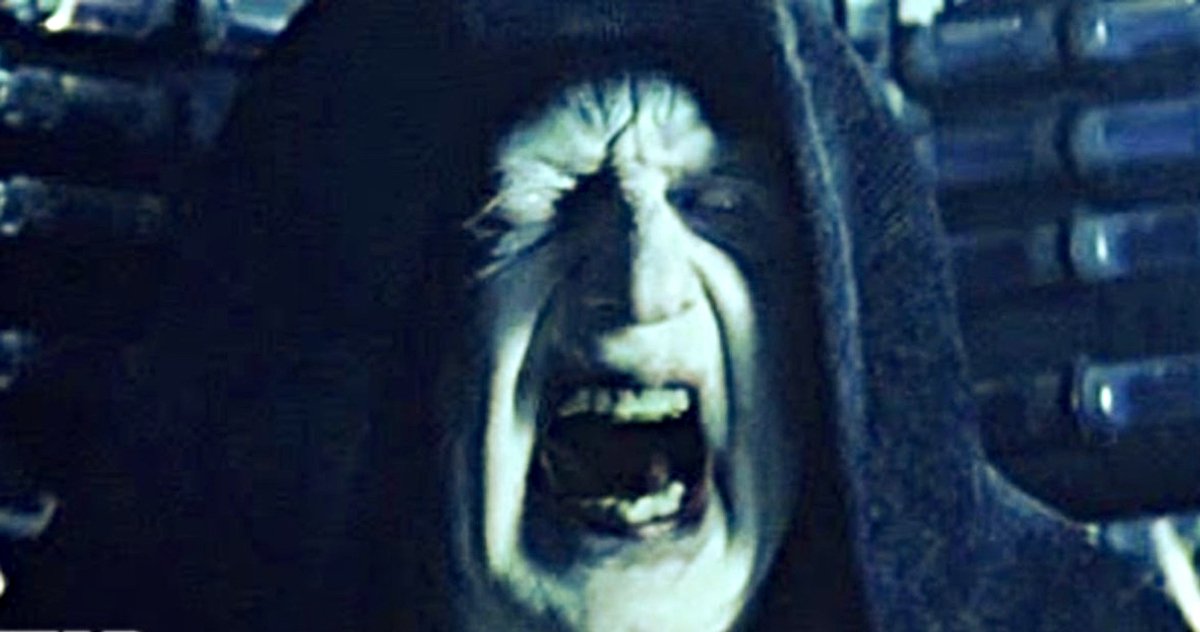 The Rise of Skywalker leaves out some pretty important details about the return of Emperor Palpatine. Star Wars fans have had to dig through various bits of canon material and dialogue from the prequel trilogy to put together a best-guess scenario. However, we can all rest easy now that one fan has taken the time to hilariously explain it to us in the form of a short animated video. There are some SPOILERS for The Rise of Skywalker below, so read ahead at your own risk.

The new video by Star Wars fan Worthikids begins during Return of the Jedi when Darth Vader is preparing to thrown Emperor Palpatine down the Death Star’s reactor. Palpatine asks if they’re good before proceeding to ask Lord Vader if this is some sort of joke. Just like in the movie, Vader throws the Emperor down and we finally see what happens to him. He rather violently falls, hitting the walls on the way down before he is casually ejected out into space.

At first, Emperor Palpatine floats out in open space for a bit before crashing down on Exegol, where he is paralyzed from the fall. Force Ghost Yoda then shows up to celebrate the villain’s death and throws some confetti on his face, which makes him sneeze. From here, Palpatine starts teasing Yoda about death, claiming it’s just a concept created by the Jedi. He then uses the Force to heal his body, which takes him exactly 36 years to complete. By this time, he notices his throne and decides to take a nap there. This is when Rey and the gang show up for a fight.

Obviously, the video is having some fun with The Rise of Skywalker and its lack of Sheev Palpatine backstory. There was not going to be a whole lot of time for J.J. Abrams to go in and explain every little detail, which is why a lot of the story seems shoehorned to fit. While fans are definitely enjoying the movie, there are more than a few who wished Lucasfilm and Disney would have gone the Marvel Studios route and separated the movie into two volumes. This would have gone against the grain of the trilogy aspect, but it would have offered up some more explanation without having to read past and future comic books and novelizations.

The Rise of Skywalker has fueled the future of Lucasfilm’s story division. Comic books, novels, and video games now have a huge sandbox to play in and fill in the gaps that were left. There’s plenty of story to explore from Emperor Palpatine to Finn being Force sensitive and everything in between. Thankfully, we have hilarious videos to keep us in the loop for what very well actually could have happened to Palpatine after Return of the Jedi. You can check out the short cartoon below, thanks to Worthikids’ Twitter account.