Covid restrictions lifted in New Zealand and nice to see decent crowds in:

26th over: Pakistan 62-5 (Aliya Riaz 2, Sidra 3)The World’s Number One Bowler – Sophie Ecclestone is on for a twirl and it’s the first sight of spin. Riaz and Sidra seem to be busier at the crease, looking to rotate strike and keep the scoreboard ticking. Three from Ecclestone’s first.

25th over: Pakistan 59-5 (Aliya Riaz 1, Sidra 1) Sidra Nawaz joins Aliya Riaz at the crease, the two new batters need to get a partnership going to give their bowlers something to work with or else England are going to canter this.

Brunt has three as she sneaks one through Amin (between a sizeable gap between bat and pad in fairness) to send the bails skywards! Pakistan lose their set batter too. All sorts of strife for them here.

24th over: Pakistan 53-4 (Amin 28, Aliya Riaz 0) Pakistan hit a boundary! First runs in 19 balls and first boundary in 55. Still, credit where it’s due, a nice whip away from Amin to the mid-wicket rope. Five dots make up the rest of Cross’ over. Pakistan unable to rotate strike, it’s tough going for them at the moment.

Something did give! Brunt joins the dots with her first three balls and then pins Dar in front as the batter goes down onto her haunches to try and sweep the ball away but it is just too full. A review confirms it as Umpires Call and so remains out!

A wicket maiden for Brunt. England all over this.

22nd over: Pakistan 53-3 (Amin 28, Dar 4) Kate Cross does her thing. DotDotDotDotDot and… Dot. Death by Dots. Dotageddon. We do DotDotDot Kate, we do DOTDOT. Something’s gotta give soon huh? I’m going dotty.

19th over: Pakistan 48-3 (Amin 24, Dar 1) England have 9 fielders inside the ring but Pakistan can’t put any pressure back onto the fielding side by going over the top. Just a couple off Sciver’s latest. The run rate is only a smidge over 2.5.

18th over: Pakistan 46-3 (Amin 24, Dar 1) After 15 dots in a row Dar scores a single for her side and gets off the mark in the process. More intent from the batters as they scamper a two and take a well judged quick single off the last.

17th over: Pakistan 42-3 (Amin 21, Dar 0) Sciver makes it back to back maidens. Miserly stuff from England since drinks.

16th over: Pakistan 42-3 (Amin 21, Dar 0) Kate Cross joins the attack and she is straight into her accurate and wily ways, keeping new batter Nida Dar honest with a maiden.

15th over: Pakistan 42-3 (Amin 21, Dar 0) Amin plays the shot of the day so far, a straight drive back past Nat Sciver for four! And another! A cover drive this time. Beautiful batting. And that’s drinks. England will enjoy their slurp of high performance liquid the most.

Tammy Beaumont swoops at mid-off and pings the stumps with a diving direct hit. There wasn’t a run on really, Sohail has to go this time!

13th over: Pakistan 33-2 (Amin 12, Sohail 11) Drop! In fact, trade-descriptions would have something to say to the two Sophs – Dunkley and Ecclestone – as they both stare at each other as a dolly from Sohail plops down between them. Either of them could have caught it one handed and have time to high five the other or play a round of rock, paper, scissors. A bit of sloppiness creeping in for England.

12th over: Pakistan 31-2 (Amin 11, Sohail 10) Shrubsole continues, after three dots Sohail advances down the wicket to try and loft her away but doesn’t really get a decent connection, the ball looping over the fielders. Run out chance! Dunkley pulls off a neat stop in the covers but throws to the wrong end from her sprawled position on the floor. A let off for Pakistan.

11th over: Pakistan 29-2 (Amin 10, Sohail 9) These two batters are re-building nicely after that double clatter early on. Just a single off Sciver’s first. The runs are not hurting England (yet) though.

10th over: Pakistan 28-2 (Amin 10, Sohail 8) Ten overs reeled off in no time. Powerplay done and dusted, Nat Sciver is coming on for a whirl.

9th over: Pakistan 27-2 (Amin 10, Sohail 7)Shot! Amin down on one knee to peel off a classical cover drive against Brunt. No need to run for that. Brunt keeps it full though, looking to exploit this early movement. Nothing more doing off the over.

8th over: Pakistan 23-2 (Amin 6, Sohail 7) Shrubsole sends down an absolute beauty that beats everything! Full and straightens at the last to whizz past the outside edge and pass within a sweet nothing of the off stump. Just a single off the over.

7th over: Pakistan 22-2 (Amin 5, Sohail 7) Two slips still in place. Brunt takes the edge again but it goes straight down off Amin’s bat and trickles away between said slips. Three runs. Brunt is full and zoning in on stumps and knee roll. This is the best she has bowled all tournament.

6th over: Pakistan 19-2 (Amin 2, Sohail 7) Omaina Sohail gets off the mark with a nice looking drive that pulls up just short of the rope, the outfield is lush and a little slow. Pakistan pick up three. Sohail unfurls another drive and this is timed more sweetly than the last, beating a diving Beaumont to the fence for four. Lovely shot (s).

England have looked sprightly in the field and well and truly up for this match, Bismah tries to come back for a risky second run but some quick work by Amy Jones scampering after the ball and Sophie Dunkley at the stumps sees her run out by half a foot. Or a full foot. Depending on how big your feet are. Ah Ian Smith on comms reckons it was four inches. Let’s go with that.

3rd over: Pakistan 8-1 (Amin 1, Bismah 6) Brunt keeps it full and a second slip is brought in by the skipper. Good attacking cricket from England. A drive for a couple and a flick away for a single from Bismah.

2nd over: Pakistan 5-1 (Amin 1, Bismah 3) Anya Shrubsole to start from t’other end…. and she is getting vast amounts of swing through the air. Loads of the stuff. She keeps it full, enticing the drive. A couple off it.

1st over: Pakistan 3-1 (Amin 0, Bismah 2) What a start for England. Brunt nearly has another too off the final ball of the over! Another knick but this time wide of a diving Knight in the slips. Get another one in there Heather! The ball looks to be moving around out there. I’m awake. You?

BRUNT GETS ONE WITH THE FIRST BALL OF THE MATCH! Full, a bit of nibble away and Nahida Khan pokes forward in front of her body and gets a thick edge to Heather Knight at slip! Brunt has arms outstretched. That’ll do.

The players have sung the anthems and done their huddles. Katherine Brunt has the new ball. Nahida Khan and Sidra Amin are opening up for Pakistan. Let’s play!

Emma Lamb in, Charlie Dean misses out for England.

England win the toss and will bowl first

Clear and bright in Christchurch but Heather Knight has spotted a smattering of ‘live’ grass on the wicket and chosen to ask Pakistan to have first dig.

Hello and welcome to the OBO of England vs Pakistan at Hagley Oval in Christchurch.

It’s another must win game for Heather Knight’s side. The three early defeats in the tournament to Australia, West Indies and South Africa have seen them on the precipice, tip-toeing around the edge of elimination. Somehow they have managed to not topple off. A late wobble against New Zealand in their previous game, one in which they were coasting, laid bare their predicament – they simply can’t afford any more slip ups. Think a trapeze artist over a pool of piranha or Indiana Jones on that rickety bridge above crocodile infested waters. One slip and it’s goodbye. The gnashers could also then be out for a side that feels like it has been tottering towards the end of a cycle for a little while.

Still, a win here against Pakistan and a prospering over Bangladesh in their final first-round game on Saturday will see England more or less certain of securing a semi final spot. That’ll be some achievement considering how things began and from there, who knows? It’s not as if teams haven’t won World Cups without chucking in a few dud performances along the way, right?

“We’ve managed to turn it around a little bit but still haven’t played our best cricket” said Knight in the aftermath of the nerve-jangling win over New Zealand.

“We feel like we’re building. Our message at the beginning was ‘it’s not how you start at these tournaments, but how you finish.’ Hopefully we can make that come true.”

Pakistan might be propping up the table but they are a talented side who will be buoyed by finally putting an end to an 18 match, 13 year, losing streak stretch in World Cups. Off-spinner Nida Dar twirled them to victory, snatching 4 wickets for just 10 runs in their weather-curtailed game against West Indies. England have won their last ten ODIs against Pakistan but with a World Cup and at least a few legacies on the line it promises to be an intriguing contest.

As ever do get in touch with any musings, mutterings or mirth – I’m ‘doing the double’ and will be here throughout the night from my lonely-yet-surprisingly-comfy-sofa-bed in South London. So far all I have for company is a full mug of coffee and a snoring 1year old. Neither will last that way for long.

I’ll be back with news of the teams and the toss shortly, play gets underway in Christchurch at 2pm local/1am GMT/12pm/AEDT. 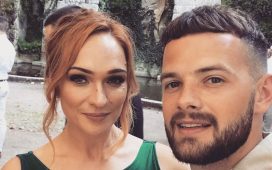