Arsenal host Burnley tomorrow at the Emirates and fans may get their first glimpse this season of Mesut Ozil and Sead Kolasinac at some stage. The pair were stood down from the Gunners’ opener Premier League game last weekend after they were the victims of an attempted robbery in north London. Two men were subsequently arrested outside Ozil’s home and there are allegations they have unwittingly become caught up in a gangland dispute.

Citing security concerns the pair – who have reportedly hired extra security since the attack – missed the trip to Newcastle but Arsenal manager Unai Emery believes the pair are good to go after participating in training this week. “When they are training regularly every day and consistent every day it’s good news for us because we can choose them to help us in matches, and the first match is Saturday,” said Emery. “My focus is to be positive and focus on making sure the players are 100 per cent here in their minds.”

Asked if Ozil and Kolasinac were emotionally fit, Emery said: “Yes, 100 per cent. The mentality is now on focusing on us, for training and matches. Each training [session] gives us good information and good options with them to take the decision if they’re going to be with us on Saturday or be in the first XI.”

The Guardian believes it’s unlikely that the pair will start tomorrow’s lunchtime game against Burnley, particularly as Ozil missed training on Wednesday through illness. That in itself is cause for concern for Emery, and for the Arsenal faithful, who are aware that last season the German midfielder brought up an unwelcome milestone – 100 games missed for the club through illness or injury out of a possible 313 since his arrival from Real Madrid in 2013.

Emery decalred himself pleased that Ozil and Kolasinac are back training but The Times notes that the Arsenal manager “would not be drawn” on reports that Ozil’s representatives had held discussions with DC United about a potential move to MLS in January. 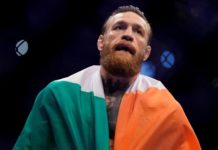 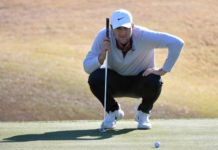