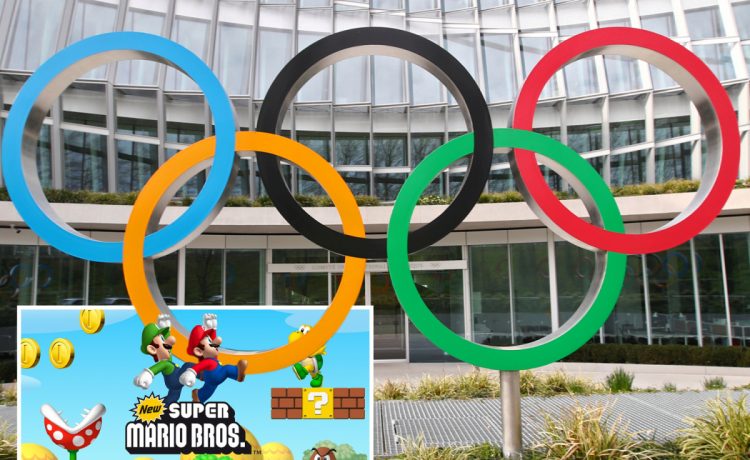 OVER half of Americans think video games should be considered a part of the Olympics, according to new research.

The survey looked at 2,000 Americans’ opinions on video games and asked them to examine their own gaming habits.

Video games are so acceptable, in fact, that 56 percent believe they should be included in the Olympics.

Conducted by OnePoll on behalf of World of Warships ahead of National Video Game Day, the survey also found 56 percent of those surveyed said that it takes more skills to play video games than contact sports.

Fifty-four percent of respondents even said they believe esports will eventually overtake contact sports in society.

The top skill respondents said video games enhanced was their concentration, followed by their hand-eye coordination, ability to problem solve and even their strategy skills.

Gaming also takes dedication, with the average respondent putting 780 hours into gaming every year, along with an annual financial investment of $762.72. That’s 15 hours a week and $63.56 a month.

Of those surveyed, 66 percent self-identified as a “gamer,” and 49 percent of respondents over the age of 40 think of themselves as a gamer as well.

The survey also asked respondents to identify the telltale signs of a gamer and found that the top sign you’re a certified gamer is if you’ve custom built your own computer.

Next in line was owning a gaming console, closely followed by owning a specialized keyboard, customized controllers and a gaming chair.

The top games you have to play to be considered a gamer include action, adventure and sports games.

Thirty-five percent of respondents said a gamer is someone who plays multiplayer online games as well as strategy games.

The most popular gaming device is right in your pocket, though, as 66 percent of respondents said they play games on their smartphones, closely followed by their computers at 58 percent.

“Nowadays most of the entry barriers to becoming a gamer have been removed and the variety on offer within gaming as entertainment is bigger than ever,” said Artur Plociennik, Regional Publishing Director of World of Warships.

“A few decades ago you would have had to have access to specialized hardware, a level of technical knowledge required to operate it and you would have needed to acquire physical copies of the games themselves.

“Today’s games run on hardware we all use to navigate our daily lives and are all available over the internet – an entertainment form that’s just one click away.”

Respondents are so dedicated to gaming, that 55 percent said they look for someone who shares their same passion when it comes to dating.

“Gaming has always been and still is subject to a lot of social stigma. Many people still think of an average gamer as someone in their 20s, probably unemployed with asocial tendencies. However, we believe this picture is changing along with the games and gaming platforms,” said Plociennik.

“Our community is a great example of that with the average World of Warships player in the US being significantly older than the industry average. This kind of data stands out, leading us towards deeper social studies and a better understanding of our audience.

“However, a common thread binding all gamers is their incredible passion, which makes the social circles they form and the relationships within them incredibly strong, as we’ve seen many times within our own player community.”