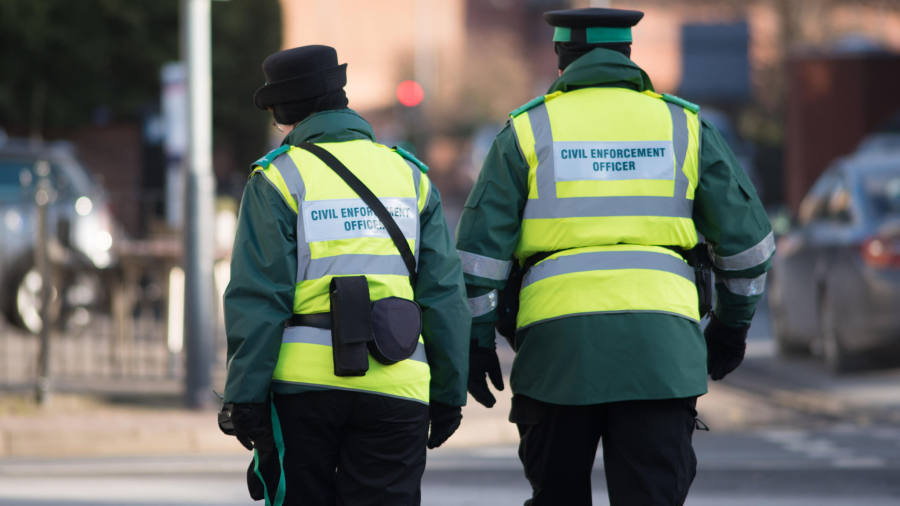 The UK government is set to transfer controversial work that includes the power to make some arrests to three private companies.

Civil enforcement officers employed by the HM Courts and Tribunals Service will be transferred to private sector companies Jacobs, Marston and JBW Group, according to a contract notice released by the Ministry of Justice last week.

The bailiff-style work involves the serving of warrants for magistrates’ courts, including the powers to arrest people who have failed to pay court fines — which range from speeding tickets and TV licences to more serious offences such as assault.

According to the notice, the work “includes all warrants of control and warrants of arrest in relation to the enforcement of unpaid criminal financial impositions”.

Although private contractors, with arrest powers, have been used in the past within the MoJ’s civil enforcement service, it is the first time that all of the work has been outsourced, a departmental source said.

People close to the process said it is understood that the contract value, expected to be worth tens of million pounds a year, will be dependent on the number of warrants executed and the value of the goods recovered. It is aimed at saving the ministry £4.8m annually over the five-year contract, which includes a potential two-year extension.

David McCluskey, partner at law firm Taylor Wessing, said: “The power of arrest in these cases involves a serious infringement of a person’s liberty so to put this entire function in the hands of private contractors with a primary motive of profit rather than social justice is a cause for considerable concern.”

The deal comes despite high-profile outsourcing failures at the MoJ. Earlier this year G4S was stripped of its contract to run Birmingham prison while the ministry also announced a disastrous part-privatisation of the probation service would be ended early. Gov Facilities Services, the public sector organisation that took on prison maintenance work from the collapsed contractor Carillion, also revealed last month that the outsourcer’s management of prison facilities had been unacceptably poor. Meanwhile, the Serious Fraud Office is still investigating G4S for overcharging the ministry on electronic monitoring contracts for offenders, though it has reached a settlement with Serco.

Jeremy Corbyn, the Labour party leader, has pledged to oppose any further privatisation, warning that a Boris Johnson government would “hijack” Britain’s exit from the EU in order to unleash “Thatcherism on steroids”.

In this case the outsourcing is likely to be particularly contentious because the private sector operators will have the powers to arrest.

The Public and Commercial Services union, which represents many of the workers, has consistently opposed the plans, said: “This highly sensitive work should be carried out by civilian enforcement officers employed directly by HMCTS, who are bound by the civil service code.

“Unlike private bailiff firms, our members have no interest in wringing unaffordable repayment amounts from society’s most vulnerable and at risk citizens.”

The person close to the process said there would be no job losses among the approximately 100 staff but it was unclear whether the workers would transfer under existing rules or alternative post-Brexit arrangements. The PCS said the workforce had already been cut by half.

Under procurement rules the House of Commons is given 10 days to consider the tender, meaning it could get the final sign off this week.

The PCS union accused the government of “cynically awarding” the contracts just before parliament was dissolved ahead of the December 12 general election, so that the decision would receive less scrutiny.

The number of reported problems with bailiffs exceeded 103,000 in the 12 months to March 31 this year — a 16 per cent increase on the previous year — which Citizens Advice said was driven by “a rise in bailiffs not following the rules around rights of entry”. Nearly one in six of the incidents involved bailiffs “threatening to break in, or unlawfully doing so”, the charity said, a rise of 13 per cent on the previous year.

The MoJ declined to comment further, citing restrictions during a general election campaign.

Oil demand to fall further than expected this year after spike in Covid cases, says report

Life in UK won't be back to normal until Easter 2021, warns Jonathan Van Tam