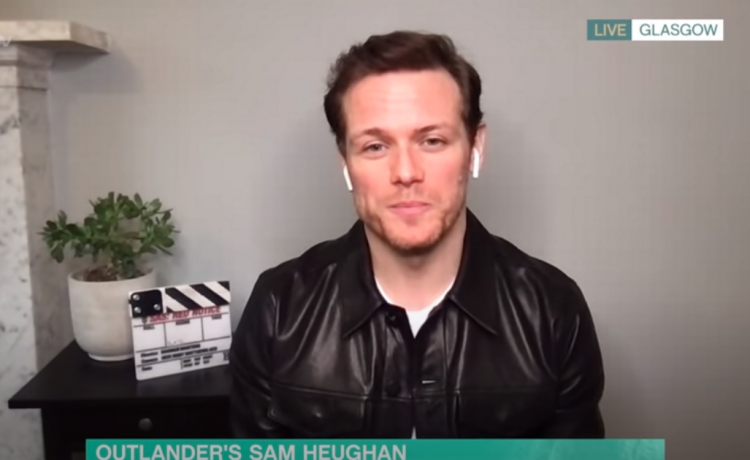 Outlander‘s Sam Heughan revealed that filming for season six has been disrupted due to the Scottish weather.

The 40-year-old actor chatted to Phillip Schofield and Holly Willoughby on This Morning today about his new movie SAS: Red Notice but when the hosts asked about the filming for Outlander, Sam said the weather had gotten in the way.

Holly said: “And are you filming Outlander at the moment?”

Sam replied: “Yes we are Holly. We haven’t got you up yet!”

And when Phil asked how far into it they crew are, Sam said: “We started in January and it’s going well obviously it’s been tough with Covid protocols but also the weather in Scotland has been pretty horrendous. The snow has been bad but it feels like the spring is finally here, there is hope around the corner!”

And Phil laughed as he said he bets having a whisky helps with the cold weather.

Last year, Sam brought out his own whisky brand Sassenach.

Despite being new on the market, the tipple has already been awarded double gold at the 2020 San Francisco World Spirits Competition.

Sam replied: “Yeah we released last year and it’s won two gold medals and I’m really very proud of it. So I’ll get you a bottle – both!”

Fans of the hit TV show will know that Sassenach is a nod to the nickname Sam’s character Jamie has given his on-screen love interest Claire (played by Caitriona Balfe).

The Dumfries-born actor has been busy recently despite the pandemic as he also released his book Clanlands, which he penned with Outlander co-star Graham MacTavish and the pair also filmed new series Men In Kilts.