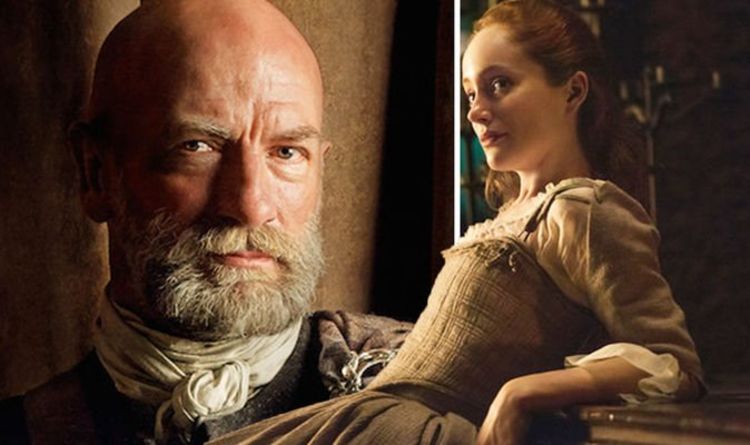 Dougal (played by Graham McTavish) was part of the very fabric of Outlander in the first two seasons.

The character was one of the first to meet Claire Randall Fraser (Caitriona Balfe) when she travelled back in time to the 18th Century, and his tricky relationship with his nephew Jamie (Sam Heughan) and brother Collum McKenzie (Gary Lewis) was one of the biggest storylines in the season one.

Sadly, the character’s old-fashioned ways and greed for power proved his downfall in season two, and his time was up when he discovered Jamie and Claire were plotting to kill the bonnie Prince Charlie – Charles Stuart (Andrew Gower) – in the season finale.

Unable to explain to Dougal the reason he had planned to kill the Prince was due to Claire’s devastating knowledge of the future and what was set to take place at the brutal Battle of Culloden, Jamie stabbed his uncle to death instead.

But if actor Graham’s latest interview with sknr.net is anything to go by, the star could be set for a return to the series.

The publication asked: “While your character is essentially dead in Outlander; in later books his son with Geilis [Duncan] does make an appearance. Is there a flashback opportunity? And what was it like filming something that highlighted the history of your culture?

Keeping his answer short but pointed, Graham shared: “The beauty of a show that allows time travel is that anything can happen. We shall see…”

If the star is set to make a comeback on the show in season five, bosses would undoubtedly try and keep it secret, but a Reddit fan may have done the work for everyone else and discovered how Dougal would make his unexpected reappearance.

technologicallocker wrote: “So this may be out there… but does Dougal know about Geillis Duncan being a time traveller? And does he suspect Claire at the beginning of Season/Book 1?

“Since he and Geillis were so hellbent on making the ’45 a success… it kinda makes sense that she’d be like: ‘I love you, I’m from the future and we failed there, so let’s destroy the British for real this time.’

“The whole ‘I think you’re an English spy’ business is the perfect example of beautiful vagueness,” the viewer continued. “Because on the one hand – Claire’s a British person running around all lost in prime Redcoat territory. She also knew about the ambush point.

“At the same time, her exact words about the ambush point were: ‘The English – they USED it for ambushes.’ Dougal may be familiar with such past tense phrasing… he followed it up with ‘You have not told the truth about who and WHAT you are, of that I’m sure.’

“Then Geillis randomly shows up and essentially says: ‘Let’s be friends weirdo… people think I’m different… what are you?’”

While the theory could blow things out of the water in season five, fan Fidelius89 offered a different perspective, citing when Dougal sought out Claire with a message from his wife in season two, it revealed a huge clue about the red-headed witch’s background.

If Dougal knew the truth, why would he still feign ignorance in conversation with Claire?

“I don’t think so,” the user said. “Geillis sends a message with Dougal to tell Claire what year she was from but she said all the numbers separate (one nine six.. Seven? I forget) Anyway.

“I think Dougal would have just said when she was from rather than fake his confusion at her cryptic message.”

“Excellent rebuttal! This would have been after he placed his child in a safe home. Maybe it was a message he played dumb about for his men as well as to test Claire’s loyalty? I dunno,” the original poster added.

Others were convinced even if Geillis had told her lover the truth, he wouldn’t have reacted the same way as Jamie did.

“This is an interesting thought!” keepflaminggoing said. “Somehow I feel like Dougal wouldn’t have been as accepting of such an incredulous story as Jamie was and probably would have just thought Geillis was a witch.”