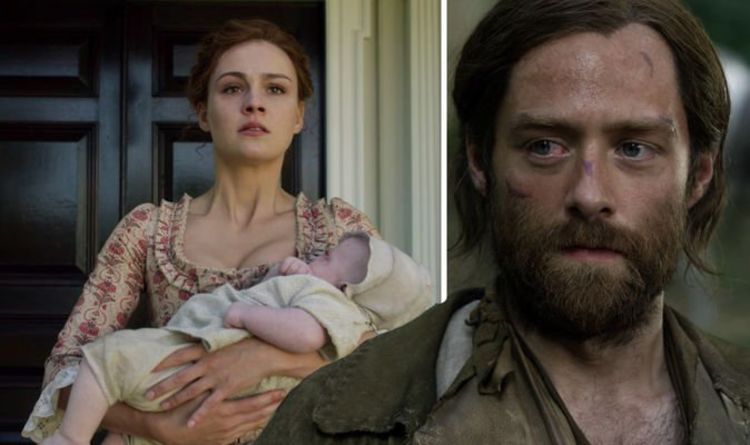 Outlander fans witnessed Brianna Fraser (played by Sophie Skelton) go through a tough time last season. After being tragically raped by Stephen Bonnet (Ed Speleers) Brianna was faced with yet another horrifying scenario – she was pregnant. After hearing this news, it then came down to Roger MacKenzie (Richard Rankin), Brianna’s husband, on whether he would stick around for her.

Things didn’t look too good for Roger for a time, as his loyalty to Brianna was tested just before he was taken by the Mohawk.

After eventually escaping and finding his freedom once again, fans of the show were horrified to find that he did not arrive at the house just after Brianna gave birth to her child.

This was eventually rectified later in the episode, however, as he did eventually make an appearance, leaving Brianna overjoyed.

Fans of the show have been angry with Roger for some time, however, as he was seen causing drama back in season three.

After proposing to Brianna out of the blue, the youngster wasn’t sure if she wanted to say yes.

This sent Roger into a rage as he angrily asked her: “You don’t want to marry me, but you’ll f**k me?!

“If all I wanted was to have my way with you, I would’ve had you on your back a dozen times last summer.”

Since then, fans have been voting on the Express.co.uk poll over whether Roger should be kept by Brianna in the coming episodes or not.

Out of the 1,500 voters, almost 1,000 of them surprisingly decided that, no, Roger deserves a second chance.

Roger has been on thin ice with Brianna for some time, and season four certainly tested their relationship.

But as he did return to Brianna in the final episode of the season, it seems like she is eager to take back her husband for good this time

Meanwhile just over 500 fans voted that Brianna should get rid of Roger, with the caveat that he is no good.

This reaction is easy to understand because of Roger’s actions – but should he have been sent away sooner?

Meanwhile it has been announced season five will include Alistair Findlay in the show.

Alistair will be playing Duncan Innes, who fans of the franchise will knows as Jocasta’s (Maria Doyle Kennedy) husband.