In the first round of voting in the Conservative leadership contest, Boris Johnson confirmed his place as the clear frontrunner. Matt Hancock, Esther McVey, Andrea Leadsom and Mark Harper have all exited. Who will win the battle for second place? Plus, we discuss whether a new prime minister could stop no deal, even by shutting down parliament. Presented by Sebastian Payne with George Parker, Miranda Green and James Blitz. Plus special guest Conservative commentator Tim Montgomerie. Produced by Anna Dedhar and Caroline Grady.

Risk from products used in Grenfell was known, inquiry told 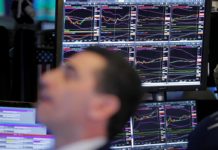 Amigo Loans puts itself up for sale – what it means for borrowers and should you still repay loans?

Passengers should trust 737 Max if ‘best pilots in the world’ fly them, says airline boss