NewsGroove Uk
NewsGroove Uk > Gaming > “Our eighth birthday is in two months. And in that span, only one person has ever left the studio” – KO_OP’s Saleem Dabbous on running a co-operative studio
Gaming

“Our eighth birthday is in two months. And in that span, only one person has ever left the studio” – KO_OP’s Saleem Dabbous on running a co-operative studio

While there are plenty of factors that contribute to these situations, it’s hard not to wonder about the role workplace power dynamics can play. Workers in conventional game studios often have no say in the direction the company moves in, and can feel too intimidated (justifiably or otherwise) to speak back to management about abusive practices or mental health concerns.

So what if employees had more power in the workplace? What if they had equal ownership of the company, able to help guide its future direction and profit from its success? We reached out to Saleem Dabbous, from the co-operative game studio KO_OP to find out.

KO_OP is an artist-run and owned game studio, responsible for games such as Lara Croft GO: The Mirror of Spirits and the award-winning puzzle title GNOG. The studio’s employees have a partial ownership of the studio and earn the same wage as one another.

It’s a rare structure to see in the games industry – and one that came about almost accidentally, as Dabbous explains.

“When we first started the studio, I didn’t actually know about co-ops as a model. From the start, our studio was really inspired by indie record labels, umbrella groups that would find interesting artists and then support them. And their success was everyone else’s success. It would allow for the creation of interesting art that no one else would put their money behind.

“And with that as our founding principle, there were soon people in the community in Montreal, where we’re based, who said: ‘The way you do things, sounds really similar to a co op. Have you considered running your studio as a co-op?’ And I thought: ‘Well, I don’t know what that is, let me look into it.’

“So I did my research and was like: oh, shit, yeah! This is so obvious – why wouldn’t we be a co-op, this makes so much sense!

“Everyone in games sacrifices so much, games are so hard to make, and it just makes sense that we should all be on the same page and on the same sort of level of ownership and hierarchy. It didn’t make sense, to me, for it to be anything else.

“Just because I had the money, the luck and the privilege to start something like this doesn’t mean much to me. I was just lucky to be in that situation where I could do this, and my co-workers were sacrificing in their own ways. We were all contributing so much to what the studio was that of course it should be a co-op. It honestly felt really natural.”

Now operating as a fully worker owned co-op (although the studio is currently still transitioning to be recognised as a co-op under Quebec law), employees get an equal share of the business after six months of employment, with an equal vote on the future of the company.

This approach certainly empowers KO_OP’s employees, but could this limit their future growth? Larger co-ops will often adopt a more representative-based democracy, with a chosen group making decisions for the company. Still, with more hands on the wheel, does it become more difficult to steer the company in the right direction?

“If the company were to build and expand, it would definitely be a challenge. But there are co-ops in other industries that are way, way bigger. And they’ve shown that [the concept] can continue to operate well. So I’m not too concerned about that. We have decided that we don’t want to grow too much as a company. So that feels comfortable to us. But I don’t think that it’s a model that is inherently incompatible with growth.”

KO_OP pays each member of the team exactly the same wage – which is perhaps one of the reasons they’re looking to keep the team relatively small. Equal pay certainly sounds attractive to less experienced employees, but as team members level up their skills and experience, is there a risk of them moving for increased salaries at more conventional studios? KO_OP can certainly offer pay raises – but only to the entire team, not on an individual basis.

“In our case, that’s a reality. But what people get out of being members and owners, I think makes up for that,” he responds.

“And just to be clear,” Dabbous notes, “having equal pay is not intrinsic to the co-op model. It’s just a decision that we made, though often co-ops will be more transparent about pay.” He explains how maybe the highest paid employee could say only make X amount more than the lowest, for instance.

“Our eighth birthday is in two months. And in that span, only one person has ever left the studio. And he left primarily saying, ‘I actually need to make a lot more money because my partner and I want to have a baby and I need that security and stability’.” To which Dabbous agreed that the studio wasn’t the place for them right now.

“And that’s fine, it was very amicable and we’re a team of 12 people right now. I think one person in eight years is like a pretty clear sign that co-ops are very good at retention!”

It’s certainly an impressive achievement, and a particularly important one for a studio looking to maintain a small and experienced team. Dabbous explains further:

“I think that a lot of people came from precarious environments where they were under structures where they had bosses or co workers that were very problematic or toxic… And they didn’t have any authority or ability to push back. Or if they did, they
got in trouble for it.

“We create a lot of avenues to interrogate our own hierarchies, because hierarchies always exist. They’re always there. They’re always present. But we try to do our best to constantly interrogate those to provide resources for people to kind of push past them. And also to be able to just voice their opinions, voice their needs and their demands, and make that actually happen in a way where they will be safe, and they know that they’re not just going to get fired for bringing up these issues. I really think it’s all about providing a safe environment where people are genuinely heard. It’s very simple but it’s very powerful at the same time.”

Dabbous’ journey with KO_OP has changed him from not knowing what a co-operative was, to being an active advocate for the model. He first came to our attention in the run-up to GDC, planning an event titled: Co-ops for Surviving Capitalism. A pizza-fuelled meet and greet for co-operative workers, and those interested in the model.

“The original motivation for the event was that GDC rejected my talk about running a co-op on a day-to-day basis!” Dabbous laughs. “I’d seen a lot of misinformation on Twitter of how co-ops are run and why they’re a bad model for creative work and things like that. And I was just like, none of this tracks with my actual experience of working in a co-op structure for years.

“I wanted to provide a space where I could demystify a lot of the day-to-day elements, a lot of the discussions around hierarchies, for example. We are a flat hierarchy when it comes to business decisions, but we have creative hierarchies. There are project leads, who make final calls because we believe in letting people be experts in their disciplines, and leading in those areas.

Dabbous was further frustrated when worker-cooperative studio Motion Twin announced that they were creating a new studio that wasn’t going to be a co-op, and discussed their frustrations with the co-op model.

“A lot of the things that they were saying, I was like, what? None of this is intrinsic to being a co-op, what are you talking about? This just sounds like you didn’t really sensibly structure things, or didn’t have the experience to know how to run these things in this way.

“None of the things that they brought up seem to be really sensible critiques of co-op structures. And then I saw a lot of people on Twitter constantly using that as an example of why the co-op structure is actually bad. And so I just wanted to kind of step in and like provide a counterpoint to a lot of those discussions.

“I really wanted to just have a space where people could come with their questions and have them addressed by someone who has a lot of practical experience. And also a space to learn who’s interested in this model, who’s out there that wants to meet, because there aren’t that many resources for co-ops in games, and it was very hard when we were getting started to know who to talk to. So I just wanted to provide a space that was available for folks, and to continue to advocate for alternative models in our hellish capitalist nightmare.”

Of course, with GDC’s cancellation, and the ongoing COVID-19 pandemic, the event did not go ahead. But that hasn’t dampened Dabbous’ enthusiasm for spreading the word about the co-operative business model.

“That’s something that we’ve been trying to figure out how to have the bandwidth to do just because as a small studio, we only have so much energy to do stuff. But we recently hired a community manager. And I’m really excited, she aligns really well with our political beliefs and she is extremely excited to start pushing for more events and advocation of our model. To be able to champion those things, to let us increase our bandwidth. So I think you’ll be seeing more from our studio along those lines.” 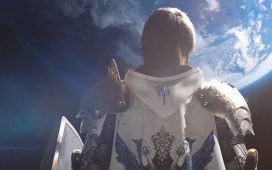 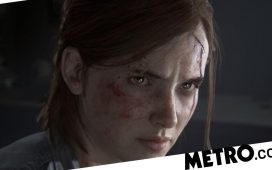 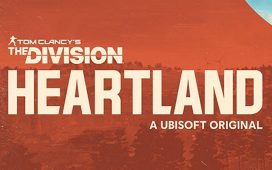 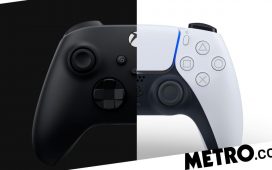 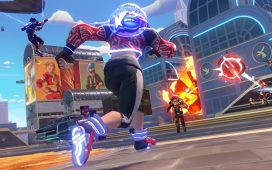 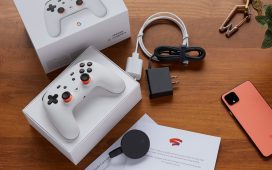 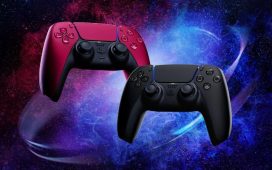