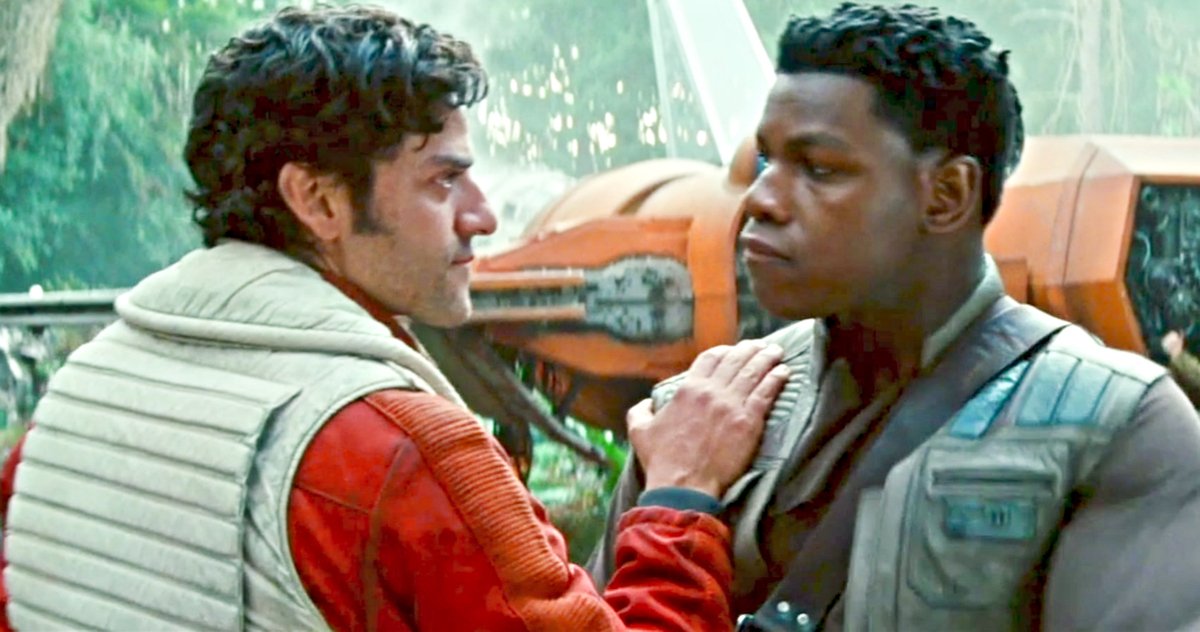 With The Rise of Skywalker bringing an end to the Skywalker saga, the stories of the characters we’ve been following in this sequel trilogy have, more or less, been wrapped up. At least for the foreseeable future. Specifically, we know that Finn and Poe’s legendary bromance didn’t escalate to a straight-up, full-on romance, even if Oscar Isaac wanted it to head in that direction. But the so-called “Disney overlords” got in the way.

Ahead of the movie’s release, Oscar Isaac, who plays Poe Dameron, and John Boyega, who plays Finn, explained that the nature of their relationship wouldn’t become romantic in Star Wars: The Rise of Skywalker. At the time, Isaac expressed his disappointment. Now, in a more recent interview, Isaac has doubled-down on his comments and was more than happy to put the blame squarely on Disney’s shoulders. Here’s what he had to say about it.

“I think there could’ve been a very interesting, forward-thinking. Not even forward-thinking, just, like, current-thinking love story there, something that hadn’t quite been explored yet; particularly the dynamic between these two men in war that could’ve fallen in love with each other. I would try to push it a bit in that direction, but the Disney overlords were not ready to do that.”

Ever since The Force Awakens, certain fans have been pushing for the story to go in this direction. Finn and Poe were separated from one another for almost the entirety of The Last Jedi, so their relationship wasn’t given a chance to develop there. In Star Wars: The Rise of Skywalker, director J.J. Abrams could have leaned that way. Would Disney have stopped such a plot thread? That seems to be what Oscar Isaac is implying here.

For what it’s worth, J.J. Abrams did include a same-sex kiss at the end of Episode IX, but it was a very brief, blink-and-you’ll-miss-it moment that has been scrutinized by many since the movie’s release. A Star Wars romance between Finn and Poe Dameron certainly would have been progressive, but Disney didn’t feel that was a creative risk worth taking. While LGBTQ relationships have become far more accepted in the mainstream, Disney has been slow to bring that forth in its movies. Black Panther, Thor: Ragnarok and Beauty and the Beast all had LGBTQ moments that were intended to be bigger than they ultimately ended up being.

Disney and Lucasfilm were in a tough spot with this movie given the divisive nature of The Last Jedi. Throwing in something as potentially controversial as a same-sex romance between two of the franchise’s main characters would have certainly been a risky proposition, in terms of potential reception. But no risk, no reward. Star Wars didn’t become what it is without taking some risks. Be that as it may, this is one risk Disney wasn’t willing to take. This news comes to us via IGN.