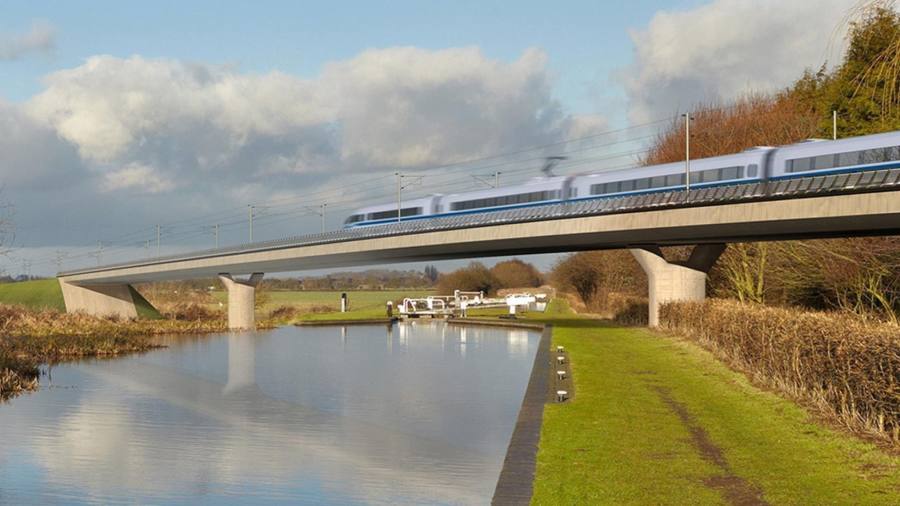 Former UK chancellor George Osborne and senior government officials knew three years ago that the HS2 railway line would exceed its £55.7bn budget but failed to inform MPs ahead of the project’s approval.

Patrick McLoughlin, the then transport secretary, wrote to Mr Osborne in May 2016 to say that there were concerns over the management of the project and that costs remained a “significant challenge”.

He said the first phase of the project, the line from London to Birmingham, would exceed its £24.3bn budget by almost £1bn and recommended that the date for completion be pushed back by a year to 2027.

Despite the warning, the first phase of the line received parliamentary consent a year later in February 2017 on the basis of the original £24.3bn cost,without any mention of Mr McLoughlin’s concerns. HS2 Ltd, the taxpayer-funded body established to manage the project, and the Department for Transport have since cited that budget.

Mr McLoughlin’s letter, seen by the Financial Times, backs up whistleblowers’ claims that they were dismissed after challenging the official figures on the cost of land purchases and that parliament was misled over the expense of the project.

Prime Minister Boris Johnson last week launched a review to consider whether construction should go ahead after the FT revealed that an internal assessment by new chairman Allan Cook this year found the cost of the line had risen to as much as £85bn.

The review comes as concern grows that HS2 cannot be built to its current specification within the £55.7bn budget, and is being led by former HS2 Ltd chairman Douglas Oakervee, with Lord Berkeley — a long-term critic of the high-speed railway scheme — acting as his deputy.

On Sunday Grant Shapps, transport secretary, told Sky News that a conclusion as to whether HS2 should be scrapped would be reached by the end of the year, adding that “any outcome is possible”. “We will know the answer by the end of the year once the government-commissioned review has been assessed,” he said.

In yet another indication that ministers had long been aware of failings within HS2 Ltd, the transport secretary also told Mr Osborne in 2016 that he would keep responsibility for procurement within the department.

‘I believe that the programme is not sufficiently mature for me to pass significant increased responsibility to HS2 Ltd,” Mr McLoughlin said. “As a result I propose to . . . keep responsibility for procurements with my department.”

The costs have also been challenged by the Treasury’s own Infrastructure and Projects Authority, which has given HS2 an “amber/red” rating for each of the past six years, meaning there is a “high risk” of it not delivering value for money.

HS2 is designed to run trains at 400kph from London to Birmingham by 2026 and then to Leeds and Manchester from 2033. More than £7.4bn has already been spent on the line even though construction of the track and tunnelling has not started. The project has also been beset by delays, and scandals over pay and contracts.

Joe Rukin, campaign manager at Stop HS2, said: “Work on the project must stop immediately, as this latest scandal makes a mockery of the concept of a parliamentary democracy and an accountable executive.”

An HS2 Ltd spokesperson said: “HS2 Ltd and the government have provided regular updates on the project and there has been extensive scrutiny, including studies and reviews by the National Audit Office and parliamentary committees, which are published on their websites.”

READ  WH Smith in spat with Telegraph over pricing

The Department for Transport said: “Like all major, complex projects, delivery plans evolve over time. “We regularly keep parliament and members of the public updated on the progress of the project.”