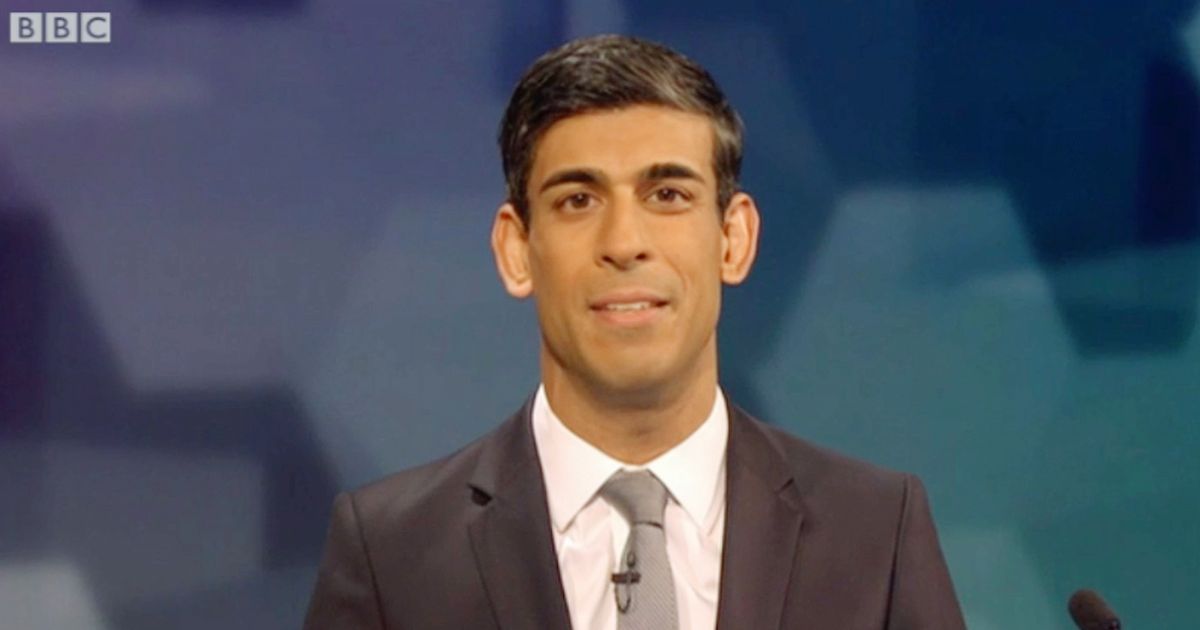 Tory Rishi Sunak strenuously denied Conservatives plan to sell off our NHS to Donald Trump and American drug companies as part of a post-Brexit trade deal branding it a “conspiracy theory”.

Under fire from Labour’s Rebecca Long-Bailey and the the SNP’s Nicola Sturgeon Mr Sunak accused the his opponents of trying to mislead the public.

It came as political leaders – and their loyal stand-ins –  traded blows over Brexit , climate change and taxes at the latest TV election debate in Cardiff.

Mr Sunak said the claim was “a desperate, conspiracy theory”.

But Ms Sturgeon spoke for many people fearful that the Tories are playing fast and loose with the truth.

She said: “I’m going to be pretty blunt here, when Boris Johnson says the NHS is not on the table in a future trade deal, I simply do not trust him and I do not believe him on that point.”

Green MP Caroline Lucas said it is “absolutely right to say that the NHS is at risk here”.

Rebecca Long-Bailey said: “Documents released that showed very clearly that the government had been involved in numerous discussions with US trade officials where NHS services, as it was referred to, were on the table.”

Pressed on whether saying someone could potentially receive a five-figure bill for cancer treatment in the future, something a Labour Party email has allegedly said, is an untruth, Ms Long-Bailey said: “Certainly, if we privatise our NHS that could be the direction of travel and that’s why it’s so important to make sure our NHS isn’t on the table in any future US trade deal.”

Mr Sunak responded: “That’s totally and utterly ridiculous – we are deeply committed to an NHS free at the point of use as it always has been.”

“Make no bones about it.

“He has said publicly yes, the NHS is on the table.”

Presenter Nick Robinson asked: “So, are you accusing Rishi Sunk’s party of wanting to privatise the NHS and charge £5000 for cancer treatment?”

The Labour candidate said: “That’s been his party’s direction of travel since the NHS was created.

“Let’s not beat around the bush.”

Asked what they would say to US President Donald Trump if they had 30 seconds with him, Ms Sturgeon said: “Please stand down.”

Ms Long-Bailey said: “I’m a good Catholic so I won’t say in public what I probably would say to him, but the most important point I’d make is about the climate emergency and how he needs to change his position.”

Mr Tice said “let’s get a quick trade deal done” before he accused Ms Sturgeon of “lying to the British people”, to which she replied: “I think you’ve got form on that.”

Mr Price said his words to Mr Trump would be “resign, and take Boris with you”.

Ms Long-Bailey and Mr Sunak had earlier clashed over their spending promises in the election debate on BBC One.

“It’s important to note that your Chancellor was working at Deutsche Bank, selling the very derivatives that caused the banking crash in the first place.

“Secondly, when you talk about reckless spending plans, I think you were referred to recently in the media talking about the figure of £1.2 trillion spends, which is a fabricated lie that the Conservative Party have been perpetrating over the last few weeks.”

Treasury Minister Rishi Sunak said that “the cost of Corbyn is a bill that Britain simply cannot afford”. 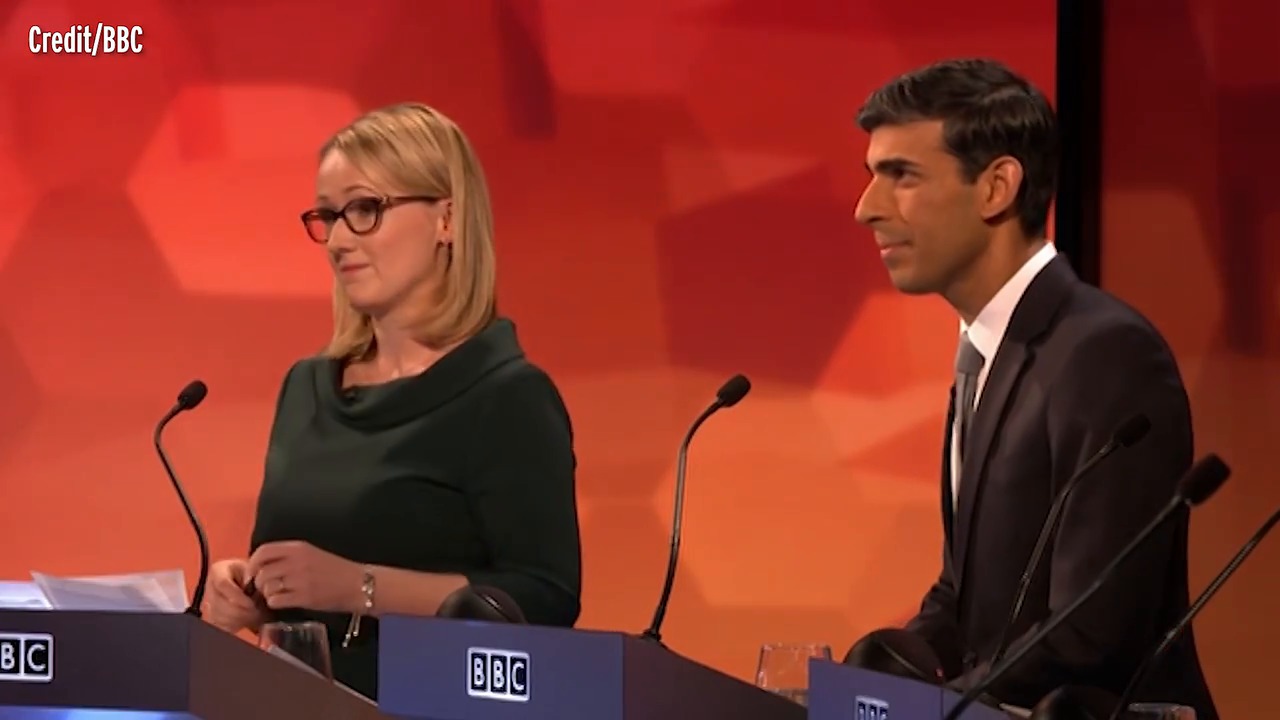 She said: “I think we’ve probably outlined the most detailed manifesto of all the parties with a grey book sitting alongside it detailing our costs, our tax receipts and how we’ll fund those proposals.”

On how Labour would pay for their plans, she added: “What we bring in in tax receipts, that’s what we spend on our public services – it’s simple as that. What we invest in critical infrastructure, we will borrow to invest.”

Mr  Sunak  replied: “I can give you this commitment – that under the Conservatives, under our fully costed plans, the national debt at the end of the Parliament will be lower. Now all of that would be put at risk by what we’ve heard are Labour’s absolutely reckless spending plans.”

Ms Long-Bailey said they’re the only party with a “credible and detailed costing plan”.

But Mr Sunak from the Conservatives said their plans are “the most detailed and costed plans that have ever been there”.

Mr Sunak tried to drive home the Tories’ Brexit message, insisting: “We have a new Brexit deal ready to go, we’ll bring it back to Parliament before Christmas and leave by the end of January – and then we can get back to focusing on your priorities.”

But the Green’s Caroline Lucas said: “Tonight I’m going to correct one big lie and tell one big truth.

“First the big lie, get Brexit done – Boris Johnson’s deal will not get it done, it’s just the start of years more wrangling.”

On “the big truth” climate change, she added: “This election is the greatest, perhaps the last chance to change course – children can’t vote, the planet can’t vote, it’s up to you, and I ask you – if not now, when?