For the Chinese esports industry, 2019 has been a blast. During the year, the region witnessed multiple and significant business developments, including the birth of the new Auto Battler esports genre (which began as a Dota 2 mod called Auto Chess), millions of dollars in sponsorship and media rights deals, and massive support and funding from multiple Chinese city governments.

Looking ahead, 2020 will not only be the “Year of the Rat” and the beginning of a new 12-year cycle of the Chinese zodiac, but also important for Chinese esports organizations, investors, and brands.

Questions have been asked many times: “Can Chinese esports keep this current ‘high-speed’ development storyline” or “will the Chinese esports industry bring more surprises to the world?”

It’s hard to predict the future of China’s esports industry due to its rapid growth every year, but the answers to these questions may be found in some of the trends that defined 2019.

League of Legends: The Biggest Story for Tencent and the Chinese Esports Industry

Throughout this year of reporting Chinese esports business news, most of the biggest stories were related to Chinese conglomerate Tencent Holdings and League of Legends. The company owns partial shares of multiple global game publishers (Epic Games, Bluehole, Activision Blizzard, and fully owns Riot Games), livestreaming platforms (Douyu, Huya, and fully owns Penguin Esports), and the most powerful distributed social media WeChat and QQ, which included 1.1B and 800M users in 2019.

This natural advantage makes Tencent not only just a top game publisher in China, but potentially a gaming “Facebook” (i.e. a powerful unrivaled social media platform) which can easily advertise “Tencent-relevant” esports titles, such as League of Legends, Honor of Kings, and Peacekeeper Elite.

Since Tencent established its esports division, Tencent Esports in 2016 and released its “Esports Golden Five Years” plan, the company has invested plenty of time and money into building a sustainable esports ecosystem. Every year, Tencent Esports hosts the Tencent Global Esports Annual Summit and unveils its esports achievements and plans to the world.

In 2019, Tencent reported over $400M USD in media value for the 2017 League of Legends Pro League (LPL) Summer Split, and announced that the LPL would add one-to-two new spots in 2020 (esports organization eStar has become one of the new teams in the 2020 LPL).

Compared to other non-Tencent esports titles, which are mostly Valve games like Dota 2 and Counter-Strike: Global Offensive (CS:GO), it’s basically impossible to hear those names from the noise made by Tencent’s events, since both are direct competitors to League of Legends and CrossFire.

Dota 2 vs League of Legends Esports Business in China

In order to better explain the advantages Tencent has in becoming the top esports company in China, let’s look back on the achievements of Valve’s Dota 2 and League of Legends esports in the country.

For the Chinese Dota 2 scene, 2019 is considered the most significant year in recent memory. The International Shanghai featured a total prize pool of over $34M and was the first time the event had been hosted in China in nine years. Expectations from the Chinese Dota 2 community were incredibly high, but some fans had to suffer buying scalped tickets to the tune of hundreds to thousands of dollars. Despite some of the highpoints of The International, Valve and its Chinese distribution partner Perfect World showed a lack of expertise in building and fostering the Dota 2 esports ecosystem in China.

Meanwhile, every esports move by Tencent and Riot Games could be considered the biggest news for not only China, but also to the world. This included the establishment of a joint venture called TJ Sports, a four-year $30M sponsorship deal between LPL and global sportswear brand Nike, and Chinese video platform Bilibili wanting to pay $113M for the exclusive League of Legends World Championships media rights in China.

It can not be denied that the victories of Chinese LPL teams Invictus Gaming and FunPlus Phoenix (FPX) for recent (2018 and 2019) League of Legends World Championships accelerated the development of esports business in China. However, the business brands and investors paid more attention to the business model of esports and the return on investment rather than those wins.

Aside from the fact that a Chinese Dota 2 team has not won a TI championship for three years, it is doubtful that any company interested in esports cares. Valve has still closed the sponsorship and media rights opportunities for The International not only in China, but also to the rest of the world (Valve only partnered with NVIDIA’s GeForce gaming/hardware brand and Secretlab as its official chair provider). For many Chinese brands and organizations who want to enter the esports industry, the sponsorship value and the media rights for League of Legends in China are visible and continually growing.

In 2020, Tencent, Riot Games, and TJ Sports will bring the League of Legends World Championships back to China for the first time since 2017, with the grand final taking place in Shanghai, the same city where The International was hosted this year. Before the World Championship, Tencent will also host the 2020 Tencent Global Esports Annual Summit, marking the fourth year of its “five year” plan, and reporting the business achievements of esports.

In 2019’s summit, TJ Sports reported that top LPL teams were valued at $180M. FPX’s victory at the 2019 World Championship grand finals reached a 21.8M global average-minute-audience (AMA), and the value of the LPL team has plenty of potential to exceed $180M on its own. There is unlikely to be such a report form non-Tencent esports titles, such as Valve’s Dota 2.

A Potential Change to the Structure of the Esports Ecosystem in 2020?

In China, Tencent is the biggest game publisher and theoretically at the top of the esports ecosystem, but it is still somewhat controlled by the government due to the stringent nature of game approvals in China.

Simply put, every game in mainland China needs approval from the Chinese government to be published in the country. Otherwise, even the largest publisher can not monetize its products. In May, Tencent released an altered version of PUBG MOBILE called Peacekeeper Elite in China. The company removed and changed several features in the game. This included the removal of blood, violence, sexual content, and generally any content the government did not agree with.

Despite demands for heavily censored versions of many esports titles, including League of Legends, Dota 2, Honor of Kings, and CS:GO, the government has shown more interest in the esports industry.

This year, the Chinese government gave billions to esports organizations that are developing the industry in the country. This massive support not only attracted Chinese companies to expand their esports operations domestically, but also international entities to invest in the country, including ESL, which will create a joint venture with streaming platform Huya, and Gen.G Esports, which plans to field a Chinese team based in Shanghai for the NBA 2K League 2020.

Teams have the opportunity to reap further benefits by adding the city name alongside their original name, such as LPL team Team WE, which changed its name to Xi’an Qujiang WE; and Chinese Overwatch League teams such as the Shanghai Dragons or Chengdu Hunters.

Tencent and the Chinese government have the same vision of esports: a belief that esports is more than just video games. Both want to separate esports from the gaming industry. The most acceptable way for people who do not understand esports is to make it to become a sport in its own right. For example, in the west, League of Legends has its own social media account and a separate account for League of Legends Esports. Virtually all the game’s professional and regional leagues also have their own channels to speak to fans.

Tencent’s decision to form a separate venture with Riot Games for League of Legends esports initially confused people, but it’s clear that both companies are prepping LoL esports as an entirely separate business venture, at least on paper.

In a recent interview with The Esports Observer, John Needham, global head of esports for Riot Games, said League of Legends and the LPL are now lifestyle brands in China. Certainly, Tencent Esports and League of Legends cannot represent esports as a whole, but it has become a positive example to the world that “esports is not just a game.” 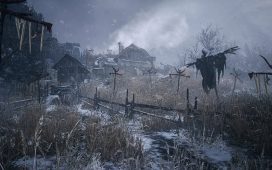 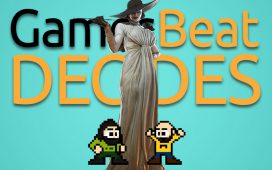 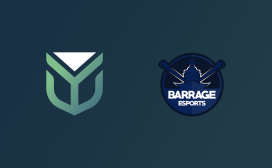 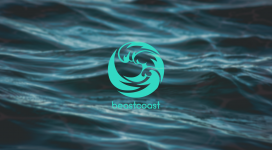 The imminent need for safeguarding in esports — Ben Greenstone 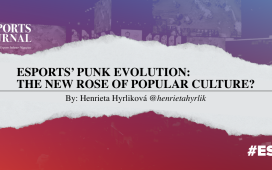 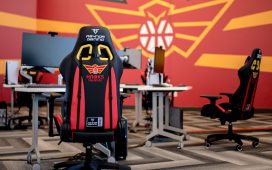