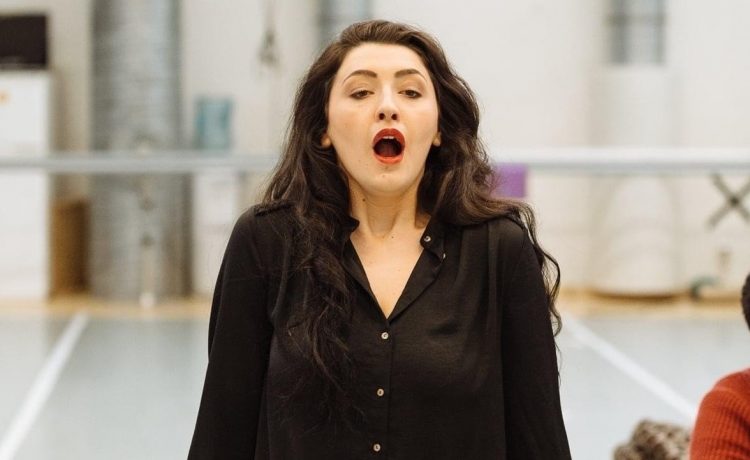 When you’re an opera singer trying to practice for the biggest singing competition of your life, being stuck inside a hotel room for 10 days of quarantine after a flight halfway around the world is not ideal. Oh, and good luck to any guests hoping for some peace next door.

Jusung Park is doing his best to prepare his voice while not causing a row. The 27-year-old bass-baritone singer flew from his home in South Korea to Wales to compete in the prestigious BBC Cardiff Singer of the World contest and is determined to make the journey worthwhile.

Several other performers are quarantining in nearby rooms, meaning that one section of the hotel is currently home to some of the best voices in the world.

“I have heard that because we are loud when we sing, we might be unpleasant for other regular guests here,” Jusung tells i. “So the hotel has put the singers close to each other.”

The hotel has provided each singer with a small keyboard in their rooms to help with their warm-ups and scales, and Jusung is practicing for about half an hour a day. He would like to sing more but does not want to disturb his co-competitors. Perhaps it’s just as well – he says that one of the pitfalls for opera singers preparing for a role or a competition can be overdoing things and forgetting to save their voice.

To avoid doing this, ordinarily he would plan activities with friends or family to take his mind off the big day, but in the hotel room he’s struggling to think beyond the challenge ahead. “Because I am quarantining for one reason, which is to sing in the competition, it is very stressful not to think about it.”

The singer named BBC Cardiff Singer of the World is presented with the Cardiff Trophy and £20,000. Now in its 20th edition, the biennial competition has launched the careers of some of the biggest opera stars, such as Dmitri Hvorostovsky, Bryn Terfel, Jamie Barton and 2019 winner baritone Andrei Kymach from Ukraine.

Jusung grew up studying music and listening obsessively to the Welsh star Terfel – “I fell in love with him,” he says – so being in Wales at his first international competition has long been his dream.

Another guest is the renowned Kosovar soprano Elbenita Kajtazi Halimi. She says the way to get through quarantining is to do 10,000 steps a day within her four walls.

Halimi says she feels the period of enforced calmness in quarantine has a few benefits.

“I was working on singing and scores for five hours a day before I got this flight here, so I needed this time to relax a little.”

There’s still plenty of work for her to do, though.

Halimi has a selection of songs to perform at the competition in eight different languages, so she is spending most of her quarantine making sure she knows all the words to each piece of music.

She’s not enjoying the food left in a paper bag at her door each day, but she says the contents are not entirely to blame. “I think it’s also the emotions of the competition that don’t really allow me to enjoy the food. I have these butterflies in my belly.”

For Halimi, the apprehension is outweighed by her excitement of being the first person from her country to get to this stage of the competition. She began singing at the age of seven during the Kosovo War of 1998-1999, finding that it soothed her amid the horrors she and her family were experiencing.

They fled to Albania as refugees, first staying in a Belgian refugee camp. “I was really afraid,” she says, “and when I sang it helped me escape reality.”

Self-isolating in another room is baritone singer Reginald Smith Jr, from Atlanta, Georgia. How does the 32-year-old, who lives in Houston, Texas, feel about his booming voice making its way through the hotel walls?

“I guess it’s my good Southern nature that you must always be polite,” he says with a laugh. “I don’t want to disturb anyone, but mostly I just need to do lip trills, warm-ups, just to keep the flexibility of the voice going, to keep some juice in the joints.”

Reginald grew up in a family that sang gospel and jazz, and when he entered this strange new world of opera and sang in La Boheme, his mother was very honest about her feelings about Puccini’s depiction of his heroine Mimi’s death.

He does an impression of his mother’s deep Southern drawl as she left the performance: “Child, that Mimi took too long to die. She passed out, lay down, and then she wanted to get up and sing again! Child, I thought she already gone!”

Winning the competition helps singers financially, but it can also take them to new realms in their careers. English soprano Elizabeth Watts won the £10,000 Song prize at the 2007 contest and has since performed a lead role with the Welsh National Opera, sung at the Royal Opera House, and is a prolific recording artist.

At the end of our chat, Halimi is off to look over the scores for her repertoire. “Even though it’s really difficult sometimes, and I think ‘why did I choose this profession?’, I love it,” she says. “If God gave me more lives, I’d choose the same thing again. I feel like myself when I sing, and I can’t wait to get out there and perform.”