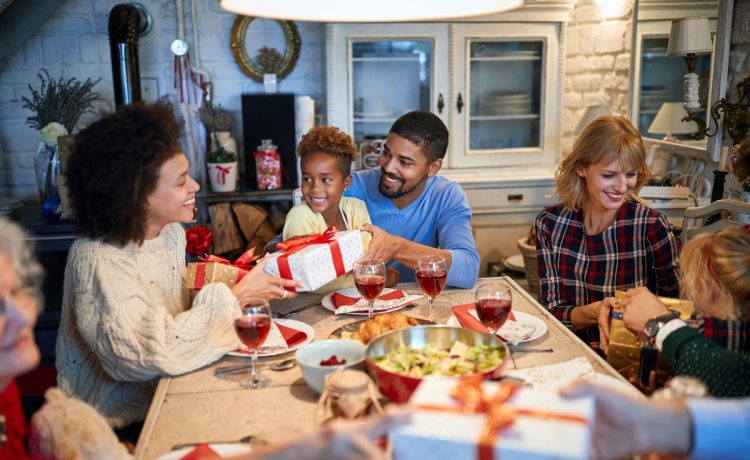 BRITS should open their windows over Christmas dinner to stop coronavirus spreading, the Housing Secretary has suggested.

Robert Jenrick this morning told people having meals indoors would raise the risk of infecting their family – but letting some cool air in would help.

Speaking on Sky News, Mr Jenrick said: “There are lots of different options, from the whole family coming together at home, to perhaps meeting up for lunch with the windows open, or going out for a walk on Christmas Day.”

Average temperatures in England plummet to as low as 2 degrees in December, but in parts of the UK it can fall below 0.

And the Housing Secretary warned the new Tiers were intentionally tougher because of the risk of infections jumping over the holiday season.

People across the UK will be allowed to ignore local travel bans and form a “Christmas bubble” with two other households from December 23 to December 27.

It will give Brits the best shot they have at having a normal Christmas.

But Mr Jenrick warned each individual family would have to make their own decisions and decide whether a celebration was worth the risk.

When asked if he would hug his elderly parents, he said his family was still deciding what they were going to do over Christmas.

“Take it really seriously during Christmas, don’t do stupid things.

“Don’t do unnecessary things just because the rules say you can. Think sensibly.

“And coming out of it, also be sensible.”

And Professor Whitty delivered a grim message to anyone considering giving their grandparents a hug, saying: “You want them to survive to be hugged again”.

HOPE ON THE HORIZON

The Housing Secretary did deliver a note of hope for the 23 million Brits who will be forced to live under Tier 3 rules from next Wednesday, with pubs and restaurants closed.

And some could even make it into the coveted Tier 1 – the lowest level of coronavirus restrictions.

He told BBC Breakfast: “There will be a meaningful review on or around December 16.

“There are a number of places which are quite finely balanced in the country today where there was a strong case to be in a tier one degree lower than where they ended up, but on a balanced judgment they are in a tier up.

“In those places and perhaps others in the country, if people do follow the rules and if we do make the tiered system work, there is every reason to believe that they could de-escalate and go down a tier in time for Christmas.”

Boris Johnson vowed last night “your Tier is not your destiny” as he tried to bolster Brits’ spirits as the lockdown is set to end next week.

Only three areas -Cornwall, the Isle of Wight and the Isles of Scilly – are in Tier 1, leaving 55 million people under the top two levels.

Professor Whitty said he hoped “within weeks” some areas would be able to move down the Tiers, which are designed to be stricter in order to push cases down faster, rather than holding them in place leaving communities locked into their restrictions.

But he doused hopes for more areas of Tier 1, saying cases under the lowest Covid alert level almost always begin to rise, running the risk of moving into tougher restrictions.

Furious MPs have blasted Mr Johnson and ministers for leaving 34 million people in tougher Tiers than they were in before the lockdown.

Many are demanding to know the point in plunging the whole of England into national measures if it wouldn’t help release some of the draconian rules.

Harriet Baldwin, a member of the Covid Recovery Group, said: “There is no logic whatsoever in having a month of lockdown only for people to have to live under an even more severe set of restrictions afterwards.”

Tom Tugendhat, MP for Tonbridge and Malling, in Kent, a county which is now in Tier 3, said: “We went into lockdown at Tier 1 and came out at Tier 3.

“This isn’t working for us.”

As many as 70 MPs are furious at Mr Johnson over the measures, leaving him with a full-throttle rebellion to quell.

Chair of the powerful 1922 Committee of backbenchers Sir Graham Brady denounced the new rules as “against human rights”.

He told the Telegraph: “Some of these restrictions are actually a very serious infringement of people’s fundamental human rights, the freedom of movement, the freedom of family life, the right to conduct and form intimate relationships.

“The freedom to protest has been compromised, freedoms that we have taken for granted in this country for hundreds of years. So I have that very deep concern.”

Benefits to rise just 0.5 per cent while pensions to soar 2.5%