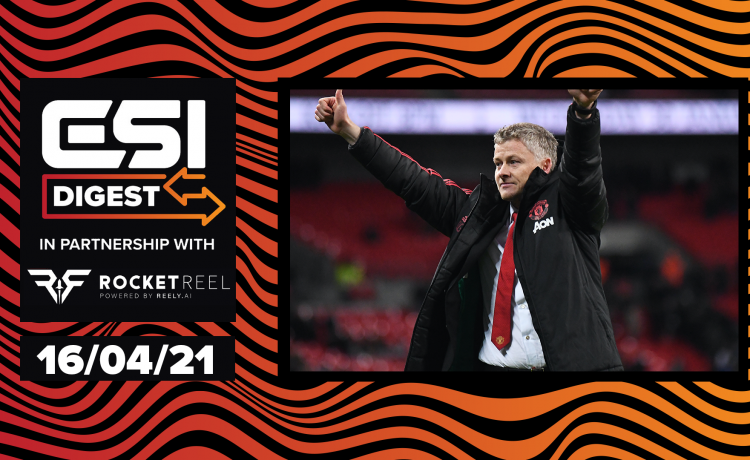 Each week, ESI Digest breaks down the weekly happenings in the esports industry, making sense of things so you don’t have to. As well as being housed on YouTube, ESI Digest is available on all major podcast platforms and is also available in written form below.

This edition of the ESI Digest is in partnership with RocketReel, powered by Reely.ai.

According to the release, both Solskjær and Solbakken will acquire 12.5 percent stakes in the company each through their respective companies, Grip Management AS and Sir Solution AS. Financial details regarding the investment have not been revealed.

OverActive Media, the parent company of MAD Lions, Toronto Ultra and Toronto Defiant, has announced a second close to its private placement, with the firm receiving a total of over $40m (~£29.11m) in funding.

As a result of the investment, NHL’s Montreal Canadiens has joined OverActive Media’s ownership group. Moreover, Arizona Coyotes’ Phil Kessel and Washington Capitals’ Carl Hagelin have also become the latest in the esports company’s growing contingent of owners who are professional athletes.

Sony Group Corporation led the funding round with an investment of $200m (~£145.4m). Other investors include Appaloosa, Baillie Gifford, Park West, KKR, AllianceBernstein, Altimeter, Franklin Templeton, and Luxor Capital, to name a few.

North American esports organisation Enthusiast Gaming has announced its intention to list shares on the NASDAQ, as the company aims to expand its shareholder base and increase development.

As such, the organisation, which owns Luminosity Gaming, Overwatch League franchise Vancouver Titans, and Call Of Duty League side Seattle Surge, has filed a Registration Statement on Form 40-F with the United States Securities and Exchange Commission (SEC).

Starting this May, the programme will offer students a four-week stay at Hanyang University or Korea University.

ESI Digest, in partnership with RocketReel, powered by Reely.ai, is part of the ESI Network, a collection of podcasts encompassing the esports industry. For deep dives into the major areas of esports with subject matter experts, check out ESI Focus. For conversations with key personnel and major stakeholders in esports, ESI Insight is the series for you.