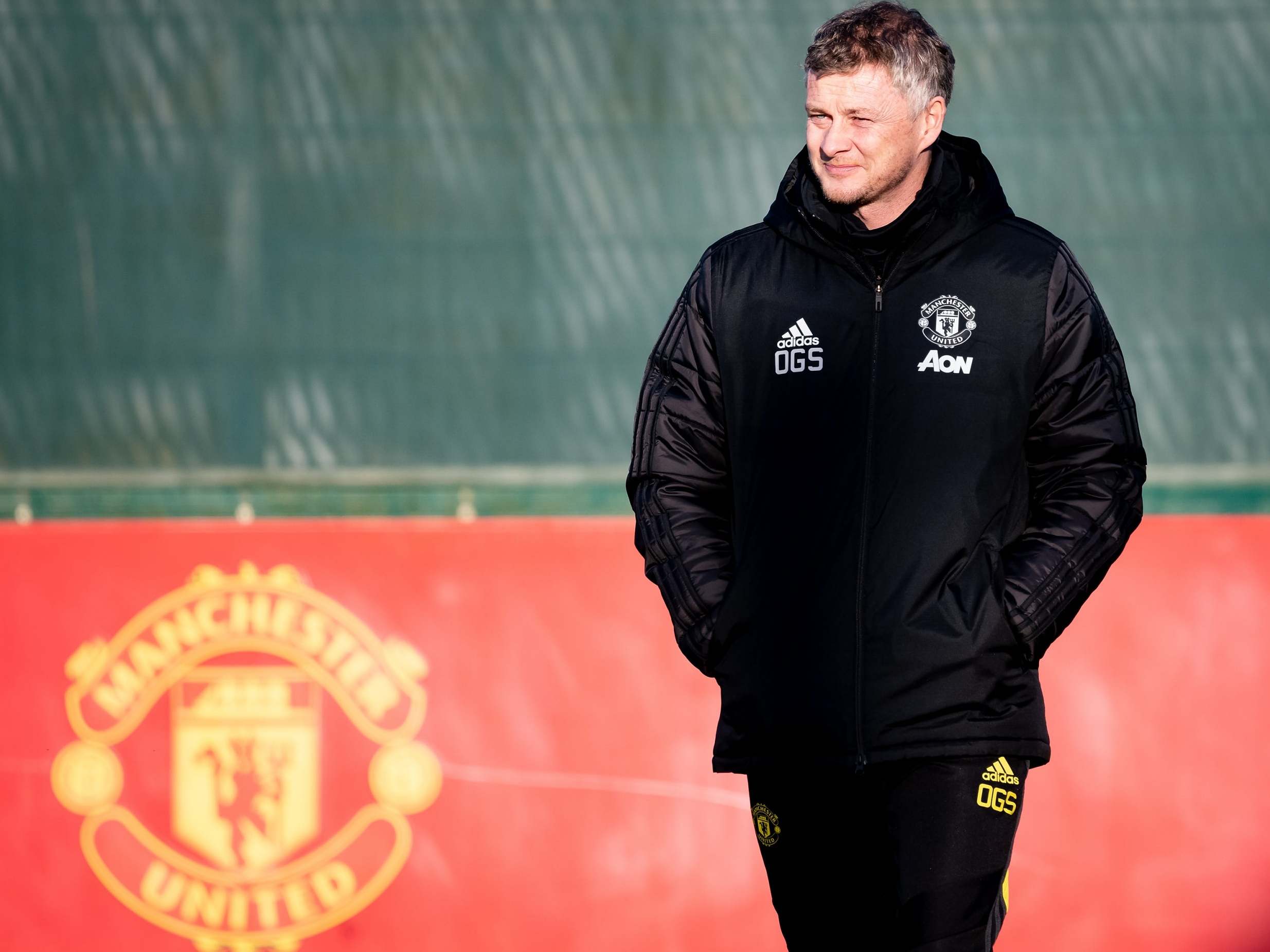 Ole Gunnar Solskjaer will see in the new year with a Diet Coke rather than champagne or anything stronger, but he has cause to celebrate. 2019 has been a testing year for the Manchester United manager but December was far from the cruellest month. The defeat against Watford was a low point, draws with Aston Villa and Everton at Old Trafford not much better, but the good outweighed the bad.

The exhilarating wins over Tottenham and Manchester City eased pressure on his position just as it was beginning to ramp up again, and the month ended with a very different but arguably just as significant pair of victories over Newcastle and Burnley. Add faultless progression through two cup competitions and you see why Solskjaer can start the year in an optimistic mood.

“We’re improving,” he said at Turf Moor late on Saturday night, after a sixth win in nine games and a second straight win against the type of opponents United have struggled to beat. “I think we can see more and more of what we want to be and our identity and what we’re good at. We’re making games suit our style more and more. We’ve played the same way for a little while and we’re getting used to each other.”

This week not only marks the end of the year but the decade, and the 2010s have not been a stellar one in United’s history – the worst since the 1980s certainly, and far short of the achievements in the 1990s and 2000s. And yet they have still included two league titles, an FA Cup, an EFL Cup, a Europa League win and a Champions League final appearance. Such are the high expectations at Old Trafford.

Solskjaer was asked to look ahead to the next decade on Saturday but was wise enough not to cast his eye past the next 12 months. “2020 sounds quite good for me though. I’m going to make 2020 a good year for myself,” he said. “I think we’re on the right track. We are in a transition period, we’ve seen other clubs do it and come out strong after a couple of years and we will come strong this decade definitely, that’s just in the nature of this club.”

So, if a good decade means Premier League and Champions League titles, what does a good 2020 look like? It has arguably already got off to a poor start, with in-demand striker and former Solskjaer protege Erling Braun Haaland bound for Dortmund rather than Manchester when the window opens in January. He will not be Romelu Lukaku’s replacement, if there is to be one before the end of the season.

United are understood to have balked at demands made by Haaland’s representatives but make no mistake, this was a player they wanted to sign. There was a hint of disappointment in Solskjaer’s voice when he suggested Haaland had made a decision on his future earlier this month, not long after visiting the player for talks in Salzburg, and there was a similar caution in tone when asked about potential January signings on Saturday.

There are vacancies in midfield as well as up front, but Solskjaer steered away from quick fixes. “There’s no point suddenly bringing someone else in now for the sake of three or four months if that can disrupt any good feeling or chemistry in the group, because the chemistry in the group is really good. It has to be the right type and it has to be a good investment for the long term as well.”

Additions are needed though, making summer 2020 another significant one in United’s rebuilding process. If Solskjaer fills the gaps he has in his squad, that will be a start. Settling Paul Pogba’s future must also be a priority. Whether the midfielder stays or goes, another year of uncertainty, agitation and mysterious absences will only hinder the progress of the Solskjaer project.

But the likelihood is that events on-the-pitch between now and May are to be the most crucial of Solskjaer’s time in charge to date. As late as last month, United were informing global investors that they expect to compete in next season’s Champions League despite not finishing a round of fixtures inside the top four since the middle of September. Even after their positive run of results, they still sit four points adrift.

United will suffer financially should they miss out once again and, though it is a hit they will be able to swallow, failure to finish in the top four did for David Moyes and Louis van Gaal. It also looked extremely unlikely by the time Jose Mourinho was dismissed last December. And then even if Solskjaer can secure a Champions League berth, he will be expected to achieve the same with a great deal more ease next season.

After all, Solskjaer recently celebrated his first anniversary in the job and it has been a year filled with talk of learning, rebuilding and progress. Even his harshest critics would concede that he has laid promising foundations on scorched earth, but this next year in charge must see tangible steps towards recreating the success of the 1990s and 2000s while consigning the mediocrity of the 2010s to history.