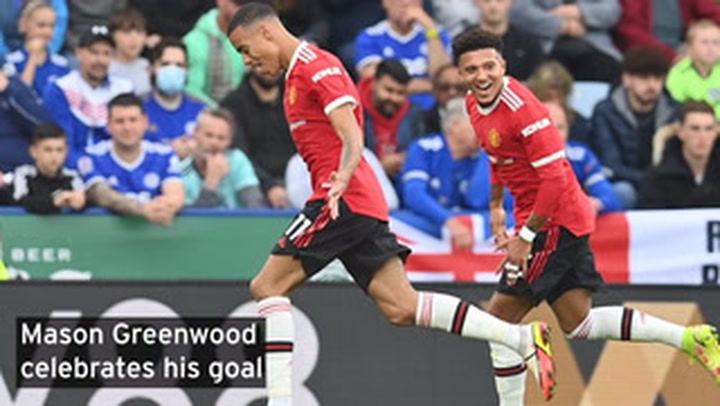 Ole Gunnar Solskjaer has conceded that something “has to give” following his review into Manchester United‘s failures.

Despite taking an early lead through Mason Greenwood and Marcus Rashford scoring an 82nd-minute equaliser, Solskjaer and co’s 29-game unbeaten away run came to an end.

Jamie Vardy and Patson Daka scored late to give the Foxes all three points at the King Power Stadium and hand the Red Devils their first defeat on the road since January 2020.

“Over the international break we have had a good look to see what has gone wrong lately,” Solskjaer explained to BBC Sport post-match.

“But we need to look at the whole set up and balance of the team and maybe something has to give.”

Solskjaer said Man Utd were “not good enough” at Leicester
(

On the game, the Norwegian continued to assess by saying: “The four goals we conceded were all very poor.

“The performance was definitely very below par and not good enough.

“We started with a very, very good goal with Mason and we’re knocking on the door to get another one but then sloppy play and we concede that first goals which is disappointing.

“Second half, still end-to-end but they create more chances.

“And, of course, 10 seconds after you’ve equalised that [Jamie Vardy’s volley to make it 3-2] shouldn’t happen at all.”

He stated: “We were not good enough with and without the ball.

“You have to run, block and tackle and we didn’t do that enough.”

Solskjaer’s decision to start Harry Maguire despite the United captain training just once in the past two weeks has been heavily criticised, with the defender notably being caught out for Youri Tielemans’ first-half equaliser before Leicester wrestled control of the scoreline.

And Maguire’s boss admitted it was a “bad decision,” telling Sky Sports: “I pick the team and Harry showed no reaction after what he’s gone through.

“When you concede four, I’ve probably made a few bad decisions.”

Paul Pogba, who struggled alongside Nemanja Matic in midfield, told BBC Sport that his side “deserved to lose” and hinted at deeper problems that what occurred in the East Midlands.

“To be honest, we have been having these kind of games for a long time,” Pogba explained.

“We have not found the problem, conceding easy goals, stupid goals.

“We need to be more mature, play with more experience and arrogance in a good way.

“We need to find something, we need to change.”