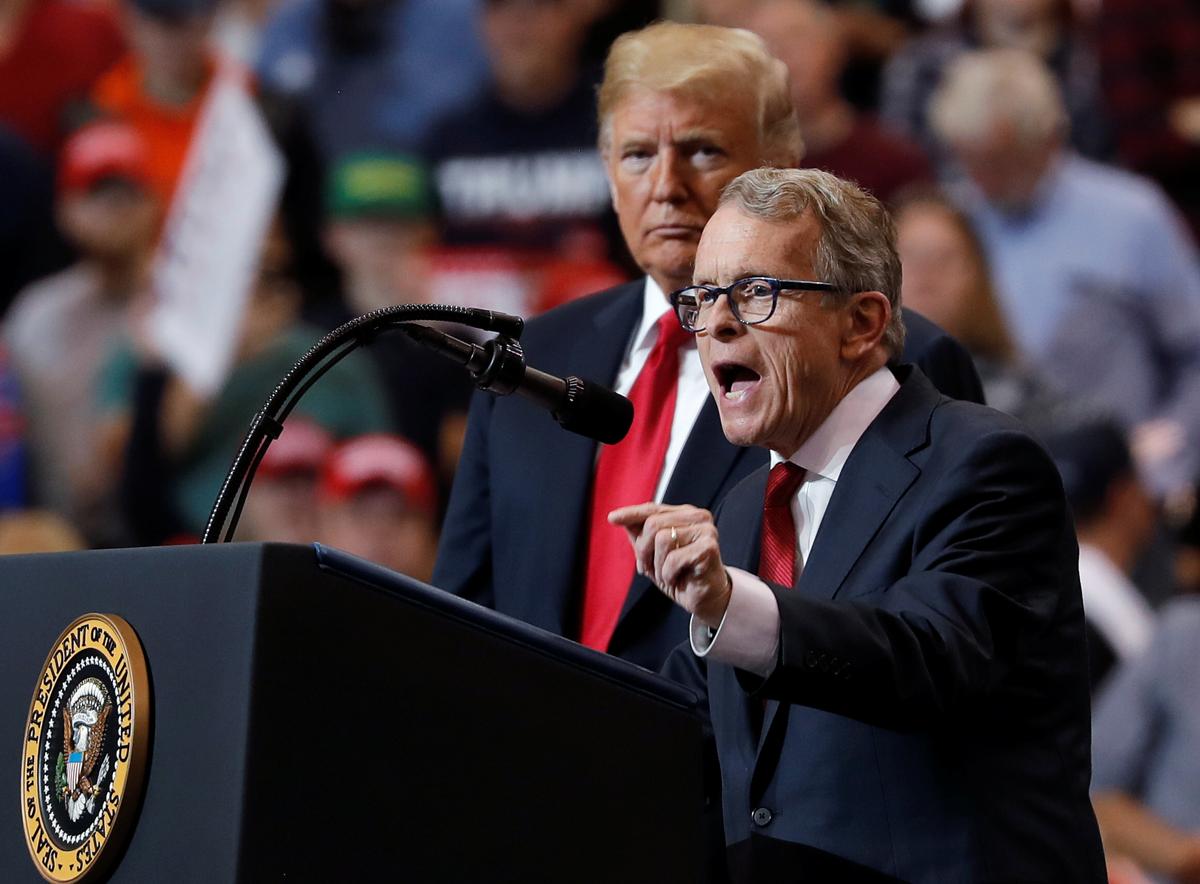 (Reuters) – Ohio Governor Mike DeWine on Tuesday called on state lawmakers to pass a ban on most flavored e-cigarettes, saying he was alarmed by a nationwide surge in a sometimes deadly lung disease linked to vaping nicotine or marijuana e-cigarettes.

U.S. health officials have linked vaping to 12 deaths and 805 cases of a mysterious respiratory illness.

DeWine, a Republican, said he wanted the General Assembly to ban all flavored vaping products besides tobacco flavor, including mint- and menthol-flavored products.

“If we do that, we will reduce the health risk, and will certainly save lives,” he told reporters at a news conference in Columbus. He said he was especially concerned about children getting hooked to highly addictive nicotine e-cigarettes because they were sold with fruity or candy flavorings.

Governors in Michigan, New York and Rhode Island have all restricted sales of flavored e-cigarette products in recent weeks. DeWine said he did not have the authority to issue an executive order banning the products in Ohio, saying it would be better done through the legislature.

The lung illnesses have disrupted a burgeoning industry, which had positioned itself as selling a product that helped people quit deadly tobacco cigarettes. U.S health officials, however, are concerned the flavored products are drawing a new generation into nicotine addiction.

Ohio previously raised the minimum age to buy tobacco and vaping products to 21 from 18, a rule that goes into effect on Oct. 17.

At least 22 people in Ohio, including a 15-year-old, have developed severe respiratory illnesses from vaping, DeWine said, and another 19 possible cases are being investigated by the state’s health department.

Coronavirus: Face covering use expanded in England and Scotland

Covid vaccine tracker: when will we have a coronavirus vaccine?

Vitamin B12 deficiency: Five foods you should include in your diet to avoid symptoms

People who get dizzy when standing up have raised risk of dementia, expert claim