A nurse who was told she had terminal cancer with just months to live is still alive ten years later.

Gemma Wensley, 37, even began planning her own funeral when she was told she had an inoperable brain stem tumour a decade ago.

While battling the gruesome side effects of chemotherapy, friends came to say goodbye from across the country.

But against all the odds, she has survived her cancer and nearly five years of treatment, and is now back working part-time at the Royal Devon and Exeter Hospital.

Although she still has a tumour in her brain, annual scans have continued to show there is no change in the mass.

Even if a brain tumour can’t be ‘cured’, treatment can shrink the tumour. Around 15 per cent of people diagnosed with a brain tumour survive for 10 years.

Ms Wensley, of Exeter, Devon, who tries not to live in fear the tumour will suddenly change, said doctors don’t know how she was so lucky.

She is hosting an annual fundraising music festival called ‘Gemfest’ which was first run in 2011 on her 30th birthday – which doctors said she would likely fail to reach. 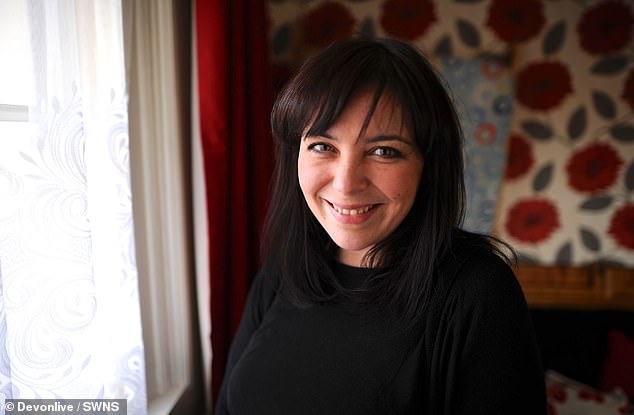 Gemma Wensley, 37, is celebrating brain cancer 10 years after being told it was terminal 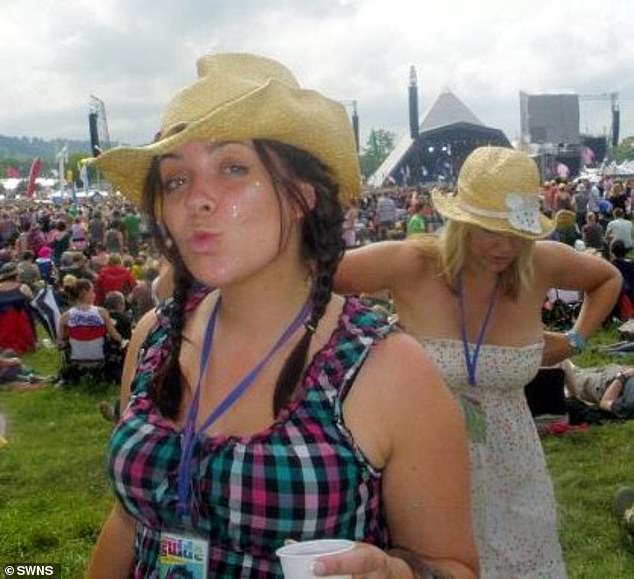 Ms Wensley said: ‘It’s been slow, single steps and after every scan I have got a little bit more confident.

‘For years, every time I had a scan and had previously had earache or a headache, I would get quite panicky and think it had come back.

‘It has been a very gradual process learning to live with still having a tumour, as well as realising it would not kill me.

‘Every year I was a little bit better and now 10 years on I still don’t feel I’m completely recovered, but I’m more confident that I will now probably make it to an oldish age.

‘If I look back at pictures from 10 years ago it almost feels like a bad dream and I can’t quite believe it ever happened. It’s a funny feeling.’

Ms Wensley had just turned 23 and was living in London when she first began experiencing problems with her sight.

A initial scan showed a benign growth on her brain but she was continually monitored. But just before Christmas 2009, something more concerning showed up on a further scan.

Ms Wensley said: ‘At that point I was told it was quite bad and that I had an inoperable brain tumour. I started treatment at the beginning of 2010.

‘Four months later in the May, doctors were saying I was looking at a matter of months left to live because the tumour had tripled in size.’

Inoperable tumours are those that are unable to be removed surgically because of their location.

Ms Wensley, who moved in with her aunt in Exeter, began making preparations for her death and was planning her funeral.

‘I was very practical about everything,’ Ms Wensley said. ‘It was such a strange feeling as all I wanted was to do things so that people didn’t have to worry about anything when I was gone.

‘I was really poorly for quite a while so I couldn’t achieve a bucket list. As I have lived in different parts of the country, I have friends visit me and I suppose they came to say goodbye.’

However, Ms Wensley gradually started to get better and the more time that passed, the more hopeful her prognosis became. 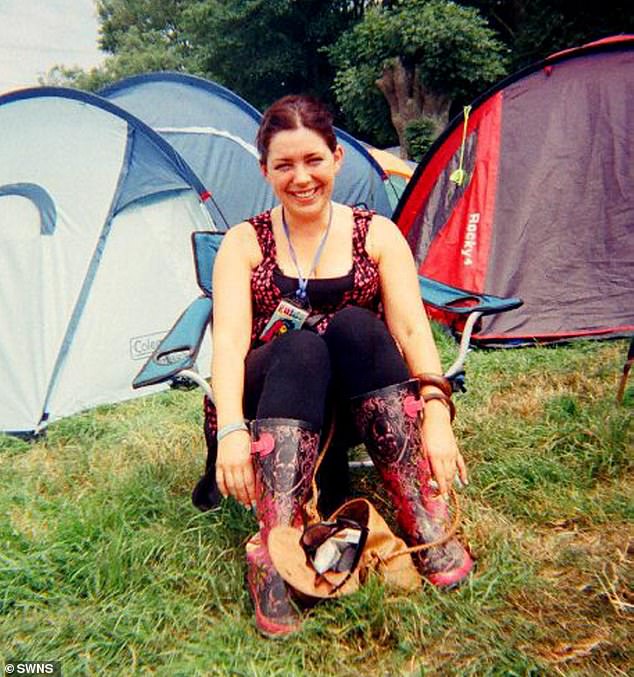 She said: ‘I had radiotherapy and chemotherapy together for six weeks and then monthly doses of chemotherapy in tablet form. In total I had just over 50 rounds in four and half years.

READ  the supermarket 'health snacks' made with up to 60% sugar

‘I lost a lot of my hair and the steroids I was on made me put on a few stone; I was massive.

WHAT IS A BENIGN BRAIN TUMOUR? AND HOW CAN YOU LIVE WITH IT?

A benign brain tumour is a mass of non-cancerous cells that grows relatively slowly.

Non-cancerous brain tumours tend to stay in one place and do not spread.

If the tumour can be completely removed in one surgery, it will not usually return.

If not, there is a risk it can grow back.

Although brain tumours grow slowly, there is limited space inside the skull and the brain occupies most of it.

Overtime, the mass can grow into the spinal cord or press on surrounding nerves.

Treatment may not be necessary if the tumour is growing at a controlled pace.

Surgery can also damage the nerves that surround the tumour, as well as putting patients at risk of stroke and swelling when the mass is removed.

Controlled doses of radiation, such as gamma knife treatment, can target a hard-to-reach tumour, without harming surrounding tissue.

‘To this day they still don’t really know what happened to change my diagnosis. Radiotherapy can cause a tumour to suddenly grow and gradually shrink again, but mine happened so much later.

‘The tumour is still there but it is not growing and it appears to be non-maligant.’

For Ms Wensley, it has been a long and difficult journey to go from accepting her fate to trying to not live in fear of what her next scan could reveal.

But she recently returned to work, a huge step for her recovery journey.

She said: ‘I took a couple of years out as I went back to work part-time as a recovery nurse at the RD&E. I really enjoy it so it’s good to be back.

‘Now that it has been a whole decade I’ve just got to try my best to put it behind me. I will never be able to as I have to have a scan every month, and the tumour is still there, but now I’m not that girl who has a brain tumour; I’m just me and I need to adapt back to being that person.

‘It’s a very unique situation because people ask if I have had the all clear. I will never have it because the tumour will always be there, but I need to get to the point where I try and forget it’s there.’

To mark the landmark 10th anniversary, Ms Wensley – with the help of family and friends – will hold a unique indoor music and performance festival in April.

The first one was held in 2014 and then five more consecutively raising more than £25,000 for Hospiscare’s Exeter day hospice – where she received physical, physiological and emotional support during her darkest days – and for the Brain Tumour Charity.

It was an age doctors never thought she would reach and to mark the occasion, family and friends, including her sister Yazmine Robinson, organised the party.

Gemfest is being held on Easter Sunday, April 12, with activities, music over two stages and other entertainment.

The day time is free and evening entry costs £10. More information can be found on Facebook – Gemfest Exeter and Instagram – gemfest_exeter.

High cholesterol: Pain in hands or feet could be an indication your levels are too high

Vaccine arms race: How the competition for a Covid jab is heating up