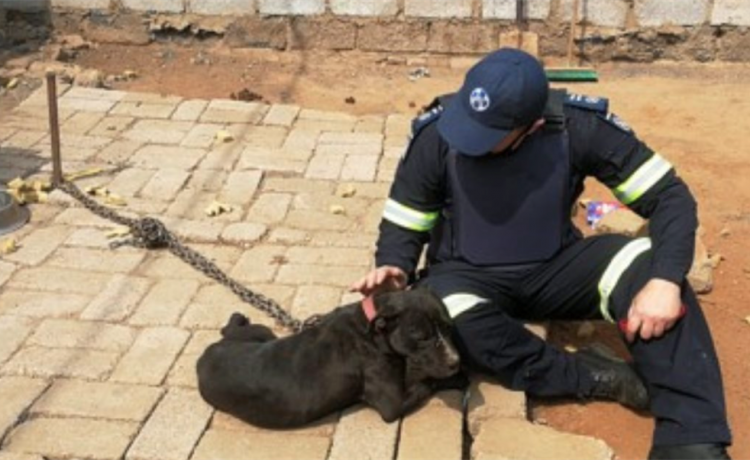 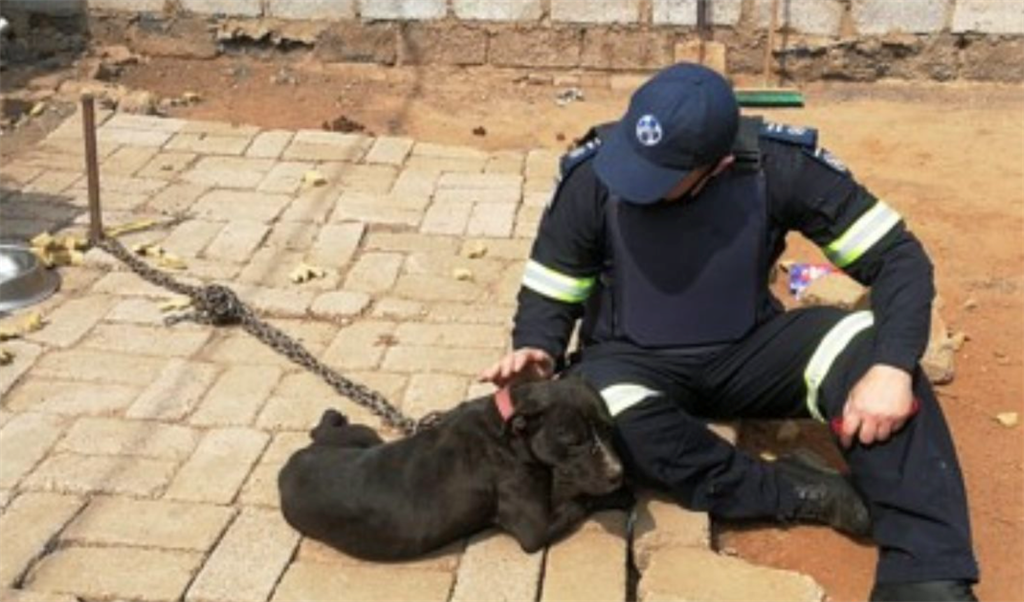 An NSPCA inspector with one of the rescued fighting dogs.

Ongoing investigations over the past few months have resulted in a sequence of successful raids by the Special Investigations Unit of the NSPCA on dog fighters and their hidden kennels in the wider Tembisa area in Gauteng.

According to the NSPCA, dog fighting is a serious concern across South Africa.

“The NSPCA’s Special Investigations Unit focuses its time on investigating this despicable cruelty and pursuing justice for the victims of dog fighting,” the organisation said in a statement.

During the course of this investigation and ensuing action, a total of 11 fighting dogs were rescued and six people arrested.

At one of the crime scenes, inspectors found that a losing dog, that had been left in a cage to die, had succumbed to its grievous injuries and was hastily buried just hours before the raid. 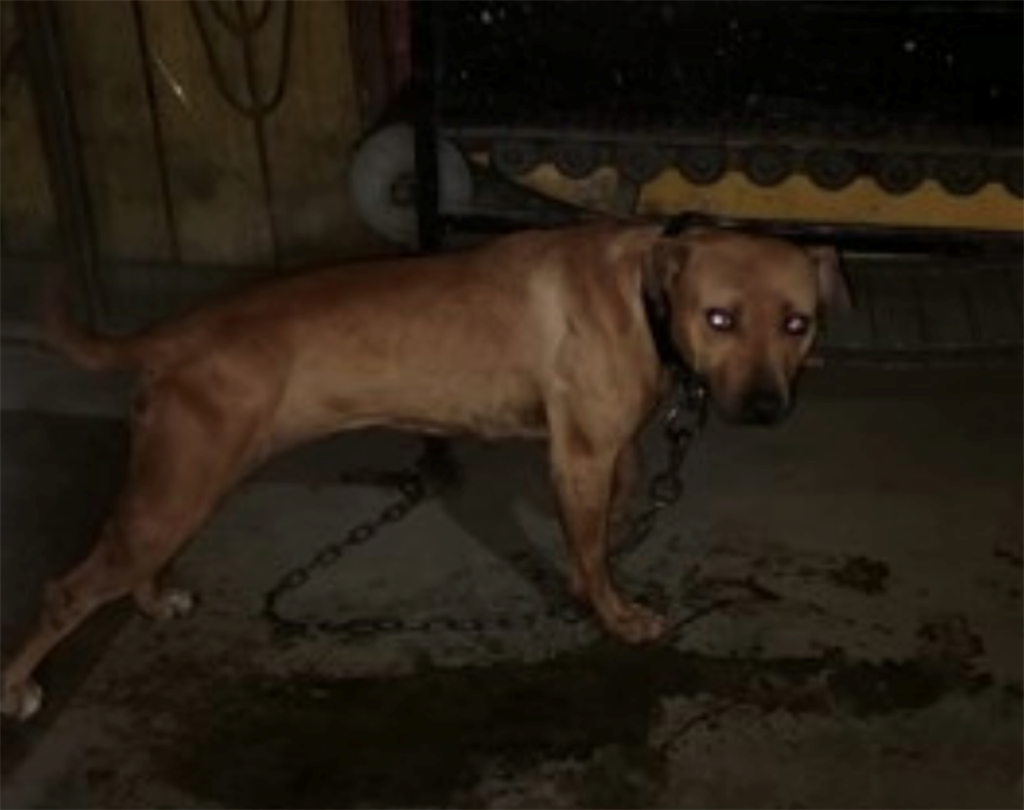 One of the dogs rescued by the NSPCA.

At another scene, locked in a dark room, the NSPCA inspectors found a young female dog chained up to a slat mill, sitting on a bloodied fight pit carpet against the backdrop of three blood-splattered walls that formed the three sides of a fighting pit.

“It was discovered that this dog was destined to fight in just a few hours’ time and, had we not stepped in at the time we did, would have found herself in another gruesome dog-fighting event.

“The continued support of the public and the DogsTrust Worldwide makes rescues such as these possible. We need your continued support to continue the fight to eradicate this violent criminal activity from our country.”

To support the Special Investigations Unit in its mission to stop dog fighting across South Africa, visit the following link.