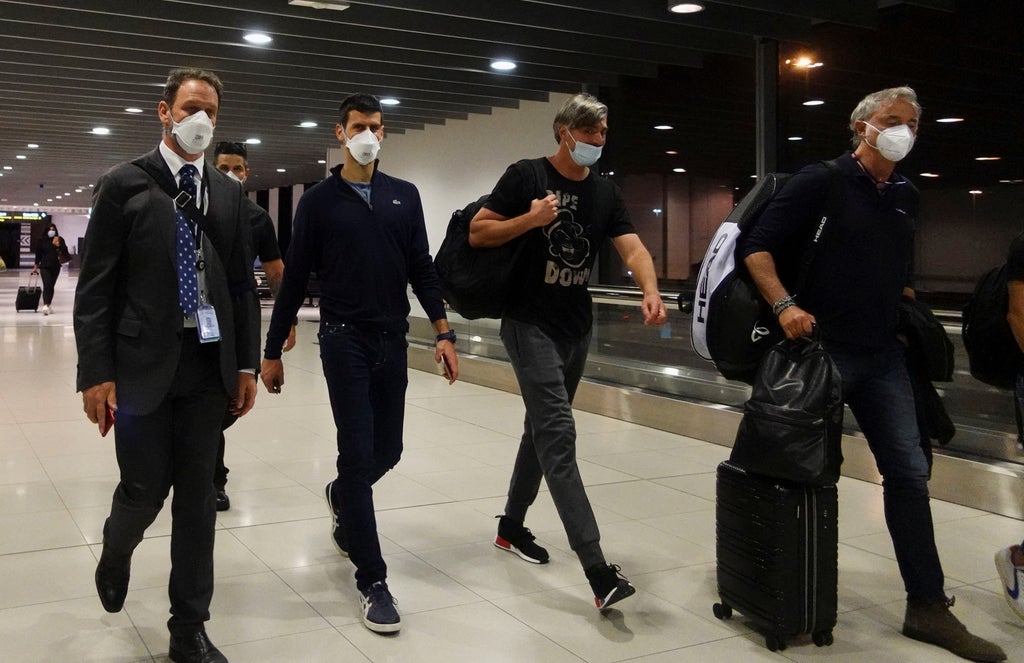 Novak Djokovic has lost his appeal over his Australian visa being cancelled after a court dismissed the men’s world No 1’s appeal, meaning he now faces deportation.

Three Federal Court judges upheld a decision made on Friday by the immigration minister with Djokovic confirming his withdrawal from the tournament at Melbourne Park, while claiming to have felt “uncomfortable” at the focus on him in the last week. Djokovic is not vaccinated against COVID-19, will remain in detention in Melbourne before being deported. In a separate blow for Djokovic and his hopes of solidifying his position as the greatest men’s player of all time in terms of most Grand Slams won, his deportation order usually also includes a three-year ban on returning to Australia, which, at 34 years of age, could spell an end to realistic hopes of winning in Melbourne again.

The minister cancelled the visa on the grounds that Djokovic’s presence in Australia may be a risk to the health and “good order” of the Australian public and “may be counterproductive to efforts at vaccination by others in Australia.”

Djokovic’s visa was initially cancelled on Jan. 6 at Melbourne’s airport hours after he arrived to compete in the first Grand Slam of 2022. A border official cancelled his visa after deciding Djokovic didn’t qualify for a medical exemption from Australia’s rules for unvaccinated visitors.

Follow all the latest news, reaction and analysis below as Djokovic’s hopes of defending his Australian Open title appear to be over

Jan 4: Djokovic reveals he is on his way to the Australian Open under a medical exemption. He writes on Instagram: “I’ve spent fantastic quality time with my loved ones over the break and today I’m heading Down Under with an exemption permission. Let’s go 2022!!”

Jan 5: Australian Prime Minister Scott Morrison warns Djokovic he will be on the “next plane home” if his medical exemption is deemed insufficient, and is adamant Djokovic will not receive preferential treatment.

Jan 5: Djokovic’s visa is cancelled upon his arrival in Melbourne. The Australian Border Force announces that the player “failed to provide appropriate evidence to meet the entry requirements for Australia”.

Jan 6: Djokovic is sent to the Park detention hotel in Melbourne, which is used to house refugees and asylum seekers. He launches an appeal, which is adjourned until 10am on January 10. Serbian president Aleksandar Vucic says Djokovic is the victim of “persecution”.

Jan 9: Documents show Djokovic was granted a vaccine exemption to enter Australia because he recorded a positive Covid-19 test in Serbia on December 16. However, social media posts reveal he attended a number of social events in the days following his diagnosis.

Jan 10: Djokovic’s visa cancellation is quashed by Judge Anthony Kelly, who orders the Australian Government to pay legal costs and release Djokovic from detention within half an hour. Djokovic says he is “pleased and grateful” and wishes to “stay and try to compete”.

Jan 11: Djokovic’s title defence remains in doubt as the Immigration Minister ponders whether to override the court’s ruling.

Jan 12: Djokovic admits making an “error of judgement” by attending an interview with a French journalist while Covid positive. He adds that, although he attended a children’s tennis event the day after being tested, he did not receive notification of the positive test until after the event. He also attributed an inaccuracy on his declaration form to an error from his agent.

Jan 13: Djokovic is drawn to face fellow Serb Miomir Kecmanovic in the first round.

Jan 14: Immigration Minister Alex Hawke cancels Djokovic’s visa for a second time, saying in a statement it was “on health and good order grounds”.

Jan 14: Djokovic immediately launches another legal challenge and in a hastily-arranged court hearing it emerges Hawke made his decision due to the possibility of Djokovic stoking anti-vaccination sentiment in Australia.

Jan 15: Djokovic is formally detained again and taken back to the Park hotel.

Jan 16: Three judges at the Federal Court of Australia unanimously reject Djokovic’s challenge and he decides not to take his fight any further and accepts deportation.

A statement read: “One of the most dangerous aspects of the matter is the preparedness of the federal government to deem someone a risk to public order simply on the basis of what it perceives that person’s views might be.

“This is Orwellian and it is deeply troubling in a society supposedly committed to freedom of speech and freedom of thought.”

Former British number one Greg Rusedski insists the Australian Open and Victorian Government could have avoided the “mess” surrounding the Novak Djokovic saga with firmer guidelines surrounding the Covid vaccine.

Rusedski said: “This whole mess with Novak could have easily been avoided.

“You have to be double vaxxed or you cannot participate. Why did this not happen?”

Josh Isner has leaped to the defence of Novak Djokovic after the Serbian was deported after failing to provide a recognised Covid vaccine exemption.

Isner saying on Twitter: “Nole always has and always will be class.

“He’s an absolute legend in my book that has brought so much good to millions around the world. This isn’t right.”

One of the most extraordinary episodes in tennis history ended with the Federal Court of Australia upholding the decision of the country’s Immigration Minister to cancel Djokovic‘s visa for a second time.

The nine-time Australian Open champion found himself in a fight with the government from the moment he landed in Melbourne last week as a political storm raged over an exemption allowing him into the country despite being unvaccinated against coronavirus.

Now he is heading home, leaving the rest of the players and the tournament to try to bring the focus back to tennis.

Giving his reaction, Murray told the BBC: “Novak is someone I have known since we were 12 years old, he is someone who I respect and have competed against. I don’t like he is in this situation and I don’t like he has been in detention.

“The situation has not been good all round for anyone. Hopefully, from all sides, from the tournament and from Novak, we can make sure this doesn’t happen at any other tournaments and that something is in place ahead of time.

“It feels everything here happened extremely last minute and that’s why it became such a s***show.”

Novak Djokovic boards plane to Dubai after being deported by Australia

Tennis star Novak Djokovic boarded a plane bound for Dubai on Sunday evening, a Reuters journalist said, after the Australian Federal Court upheld the government’s cancellation of his visa in a drama over his decision not to be vaccinated against coronavirus.

The player was seen boarding an Emirates flight from Melbourne just hours after the court ruling.

Rafael Nadal: Australian Open is bigger than Novak Djokovic or any one player

Rafael Nadal insists the Australian Open is bigger than any one player as Novak Djokovic is sent packing back to Europe by Australia after failing to present a sufficient Covid vaccine exemption.

“It’s very clear that Novak is one of the best players of the history, without a doubt,” said Nadal.

“But there is no one player in history that’s more important than an event, no? No one, even roger, Novak, myself, Bjorn Borg who was amazing at his times, tennis keep going.

Novak Djokovic has left the Marhaba lounge at Melbourne airport after being escorted by AFP through security.

Novak Djokovic says he is “extremely disappointed” to have lost his fight to stay in Melbourne and play in the Australia Open after his final bid to reinstate his visa was rejected by a federal court.

The court’s verdict means Djokovic will now be deported back to Europe and could face a ban of three years from Australia, leaving the 34-year-old of the possibility of never again playing in his most successful Grand Slam where he has won nine times. 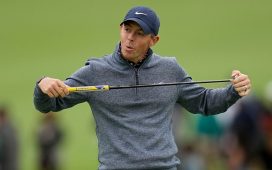 Focus on coping, not curing: how to help an anxious child 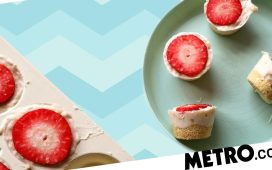 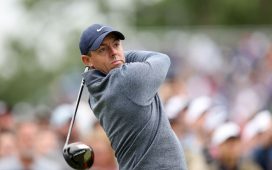 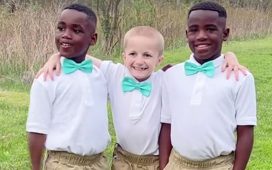 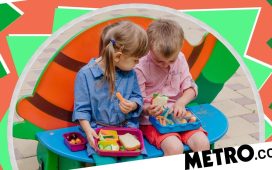 What should be in your child’s packed lunch? Here are some ideas for a healthy lunchbox 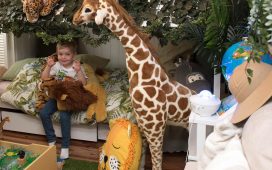 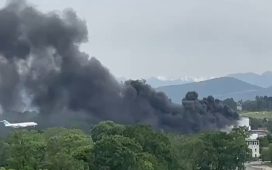