NewsGroove Uk
NewsGroove Uk > Fashion > 'Not the end of influencers': Does it really matter if Instagram gets rid of likes? | Elfy Scott
Fashion

'Not the end of influencers': Does it really matter if Instagram gets rid of likes? | Elfy Scott


There have been viral posts of influencers crying about the “blood, sweat and tears” they pour into Instagram, direct appeals to followers for more comments and a frenzy of media.

But does it really matter that Instagram seems to be doing away with “likes”?

While users can still see the number of likes their own posts have accumulated and the change hasn’t expanded to the desktop site yet, the average user’s experience of the Instagram feed has changed markedly.

Director of policy for Facebook Australia and New Zealand, Mia Garlick, said the change was made with the intention of freeing Instagram users from judgment and helping people to focus “less on likes and more on telling their story”.

Responses on Twitter to Instagram’s announcement of the change were near invariably negative, with many commenting that the decision was an example of “mollycoddling” and acting in the interests of “snowflakes” whose feelings were too easily hurt by seeing other people’s relative popularity (this was Twitter, after all).

The move has also been criticised by some users as threatening the influencer economy – a commercial universe that relies heavily on visible engagement with promotional posts. Last week, Melbourne-based influencer Mikaela Testa went viral after posting an emotional video and Facebook post condemning the likes concealment as threatening the livelihoods of people whose income is assured by the clicks of Instagram’s red heart button.

“It’s real money down the drain. I’ve put my blood sweat and tears into this for it to be ripped away, it’s not just me suffering too, it’s every brand and business i [sic] know,” Testa wrote.

Other Instafamous figures have taken a slightly more creative, problem-solving approach to the supposed catastrophe. Jem Wolfie, a fitness model who operates an Only Fans account off the back of her Instagram page, recently captioned a photo with “1 comment = 1 like” in an attempt to secure the same public-facing recognition on her post.

Mahalia Handley, a model and activist for diversity in fashion with more than 42,000 followers on the platform, said that as she was a model long before beginning her Instagram account, the disappearance of the likes total has had little impact on her online life and she believes the company’s decision could increase users’ comfort with posting authentic material and displaying their creativity.

“I’ve noticed a lot of friends saying they felt like they could now show who they are and I think that’s amazing,” Handley said.

“I think having the likes taken away present the opportunity for people to be more unique and inventive, more personal, and usher in more creativity in the fashion industry.”

However, other influencers remain sceptical that the changes to Instagram will make a great deal of difference in the long run, as users will invariably find alternative yardsticks on the app to measure one another by.

Laura Albertin, a social media content writer and influencer with more than 188,000 followers, believes that once the likes disappear, people will simply start to focus on other measures of social validation “such as followers, comments and shares”. After all, the same processes leading to negative self-image on Instagram are part and parcel of the same reward system that keeps users hooked on the app.

This may prove disappointing to many who have hailed the disappearance of likes as the beginning of the end for influencers. As more is revealed about their manipulative real–life–but–not–at–all approach to advertising, more and more Instagram users appear to be hoping that the influencer economy will be dismantled and the photo-sharing app can return to its supposedly wholesome roots of simply sharing photos of everyday life with family and social circles.

In addition to this, there is growing recognition that the feedback loop created by Instagram that appears to alter how users are experiencing their own lives as a result of the commodification of their identities may be unsustainable.

One only need visit Bondi’s Icebergs pool on a Saturday afternoon to witness influencers (and their imitators) taking photos to comprehend how the platform has lodged itself in many people’s – and particularly young women’s – self awareness.

In 2017 the UK’s Royal Society for Public Health published a report indicating that while Instagram appeared to provide a positive outlet for self-expression, it was shown to have negative impacts on sleep, body image and Fomo (fear of missing out).

From a purely business perspective it may not be the end of influencers yet. Roxy Jacenko, director of Ministry of Talent, a Sydney-based agency that manages social media stars, said influencers needn’t worry too much about the change as the reporting and analytics features are still available in the back end of profiles for users with business accounts.

The “like economy” is ultimately only justified by commercial gain, Jacenko said, and even if influencers receive a daunting amount of likes for a post and the product advertised in that post doesn’t see a noticeable increase in sales, “you’d be asking, ‘was that campaign really a success?’”.

For influencers such as Albertin, there is some recognition that hiding likes represents Instagram’s efforts to engage with the psychological wellbeing of people scrolling through its feed, but she believes ultimately it may be a Band-Aid solution for wider problems experienced by its users.

“I think everyone needs to try and be in charge of their own mental health and it stems a lot deeper than the amount of likes your photo receives.”

• Elfy Scott is a journalist and writer based in Sydney 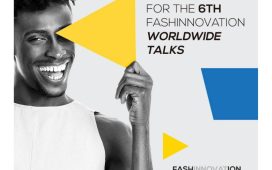 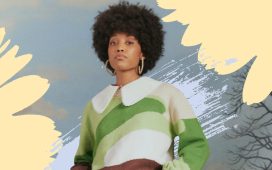 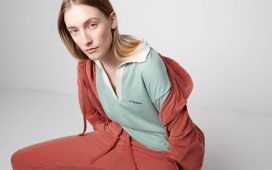 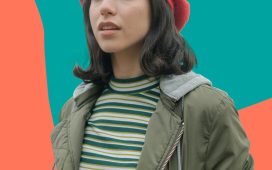 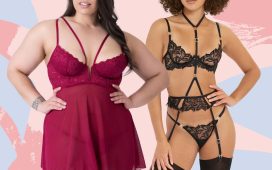